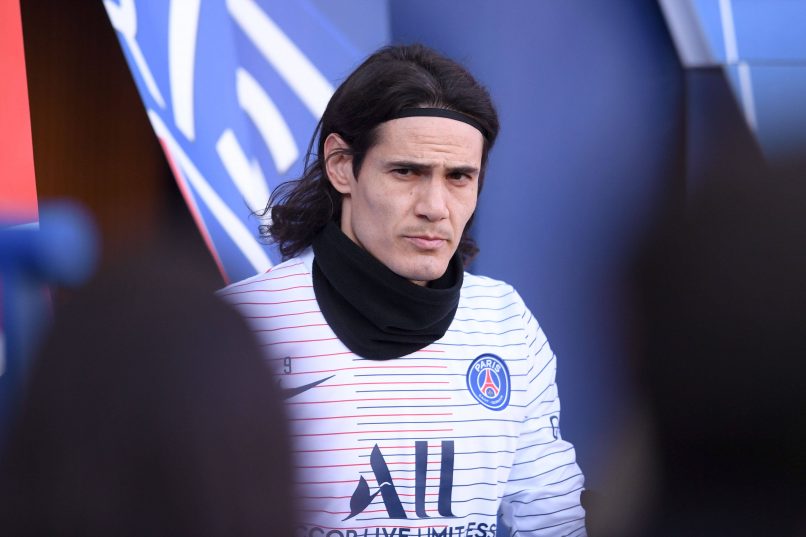 It was not supposed to end this way. The love affair between Edinson Cavani and Paris Saint-Germain’s supporters always far outweighed the bond he ever shared with certain figures at the club but neither would have foreseen an exit quite like this.

It should have been an 89th minute substitution in the final home game of the season. 48,000 inside Parc des Princes rising to their feet with applause from all sides of the stadium to show their gratitude for seven years of incredible service. The tears, the emotion, the sentiment; similar to the exit of Pedro Miguel Pauleta in 2008 and Rai 10 years earlier.

Sadly, owing to both COVID-19 and the Uruguayan refusing to extend his contract until the end of August, PSG’s all-time top goalscorer has quietly left the club. There was no farewell from Cavani, no public tribute to him from the club and no send-off fitting for one of the club’s all-time greatest players.

The Uruguayan became a cult figure at Paris Saint-Germain not before he was able to step out of the shadow of Zlatan Ibrahimović when the Swede left the French capital in 2016. Cavani was given the task of replacing Ibrahimovic’s tally of 50 goals in his final year and he more than rose to the challenge by notching 49 goals in all competitions in 2016/17.

PSG supporters were fond of their number nine beforehand, but that particular season was where the igniting of the passed torch truly proceeded and Cavani earned the trust of an -at times – unforgiving fan base. What followed, was a unique bond between player and supporter.

It was a sound that reverberated through Parc des Princes almost every matchday. The Collectif Ultra’s Paris (CUP) packed into the Virage Auteuil end of the stadium, en masse, wait for the cue from their leader.

The chant, sang to the tune of the catchy 1986 hit song ‘Les Démons de Minuits’ by French pop group Images, created a wave of tremors as the occupants of both tiers of the stand jumped up and down in unison. At times, you could literally feel the stand swaying side to side.

Paris Saint-Germain supporters rarely sing songs for individual players the same way fans do in the Premier League, opting instead, to chant for the club and their city.

There has been the occasional chant for Mbappé and Neymar in the past, but it rarely caught on and eventually, became obsolete.

But for Cavani, his song became more popular, more widespread and a matchday ritual for all supporters, whether he was playing or not.

Other players at the club held higher superstar status within the game but there was no doubt that in Paris, Cavani was king. It isn’t something that can be fully appreciated through a television screen, but the love for Cavani inside Parc des Princes was at times, extraordinary.

Standing at the very back of the Virage Auteuil and looking out on to the pitch, the swarms of supporters with Cavani printed on the back of their shirts was initially surprising. More so, considering PSG boast two of the most expensive and commercially astute footballers in world football.

Naturally intrigued, I often probed for answers as to why Cavani was getting such treatment ahead of the likes of Neymar and Mbappé?

One fan replied “Cavani is humble, he loves the club and we love him, he plays for the shirt every time.”

Another told me “Cavani isn’t using PSG as a stepping stone to another club, he’s giving us his best years, he wants to win in Paris, that’s why we sing his name.”

It became evidently clear what Cavani meant to the supporters. Every fan wants their players to fight with the same desire and attachment that they have towards their club. In the realms of reality, there might be one or two players that can boast this but it seldom occurs in modern football, even more so at a club like PSG whose modus operandi has been to spend big on star names.

The striker from Salto, Uruguay, was arguably not as technically gifted as other players but the fans accepted that in exchange for effort and perseverance.

At times, Cavani lacked composure in front of goal and with a cooler and calmer head, he could have had an extra 25-30 goals to add to his record-breaking tally in the capital.

Some of Cavani’s escapades in front of goal were comical and he drew criticism, particularly in big games at key moments. Cavani’s exuberance and general work-rate in all areas of the pitch was a catalyst for those misses. His ubiquitous approach would often come back to haunt him when he needed composure in front of goal and occasionally struggled to find that balance between energy-sapping constant efforts and goalhangerism.

Cavani spoke of ‘defending the colours’ and showed his devotion to the supporters. He would often stay behind after the final whistle to salute the fans, wave flags belonging to ultra groups, whilst other star names were already in the showers.

PSG’s number nine went above and beyond to create a connection, to understand the passion of the supporters and to integrate himself into Parisian life; which was gratefully received.

In an era where the superstar footballer is so far detached from the average fan, Cavani provided a throwback to when football in general and the portrayal of how we live our lives were very different.

Cavani has never hidden his working-class roots and regardless of his fortunes and status, the Uruguayan remained humble. He was different; a true family man. Time away from the club was spent working with his family on a farm in Uruguay. There were no signs of late night parties, flash cars or fashion show appearances, creating a sense of endearment towards him.

It wasn’t an act; it wasn’t a PR stunt to increase his popularity. In a time where a generational shift has created a manufactured high-life, often through hyperbole, Cavani showed on occasions that he was cut from a different cloth.

When the many of PSG’s stars were mocking Erling Haaland’s goal celebration after the victory over Borussia Dortmund in March, Cavani walked away from the scene, preferring not to engage in tit-for-tat antics.

Cavani had morals, he rarely got carried away; rarely influenced by others and always remembered what his role was in representing the club.

For all the superlatives, there were times when Cavani was sanctioned by the club, once for returning late from Uruguay. He wasn’t perfect, but importantly, learned from those errors in judgement.

Last summer, PSG began preparing themselves for life after Cavani. The strategy included the smart loan signing of Mauro Icardi as Cavani – now 33-years-old – began to pick up regular muscular injuries which affected his playing time.

When the Argentine slotted seamlessly into the capital club’s frontline, it felt like the beginning of the end for the Uruguayan.

Former PSG forward Carlos Bianchi was one of those who could foresee the end for Cavani. “It makes me feel sorry, in football we make decisions without feeling. There comes a moment when a club no longer needs you, it’s simple; it doesn’t keep you.”

Cavani’s legacy will be a lasting one in the history of Paris Saint-Germain, although some may view it as slightly tarnished by his decision not to compete in the remaining cup competitions.

However, with a tally of 200 goals in 301 games making him PSG’s all-time leading goal scorer along with 19 trophies to his name, Cavani will undoubtedly go down as one of the club’s all-time greatest players.

Whilst his exit is still very raw and with so many questions still unanswered, it is difficult to see beyond the present day. But there will no doubt be yearnings for Cavani to return to Parc des Princes in the future in some capacity. The club are careful in selecting ex-players to represent the club in community-based or ambassadorial roles and in time, Cavani could fit the bill perfectly.

At the time of writing, there has still been no communication from the club however a statement is anticipated in the forthcoming days or weeks.

Cavani has his reasons for leaving at this particular moment and they may either centre on wanting to leave on his terms, not being able to say goodbye to the fans or disappointment at not being offered a new contract despite winning back his starting place before the premature end to the season. This could have perhaps led him into a false sense of security over getting a new deal.

People have short memories in football. Despite the decision taken from both sides, Cavani should be remembered for the heights he reached in Paris, occasionally under conflicting circumstances. After seven years of selflessness, sacrificing himself for so many others and of course *that* last minute goal in Marseille, it was finally time for Cavani to put himself first.