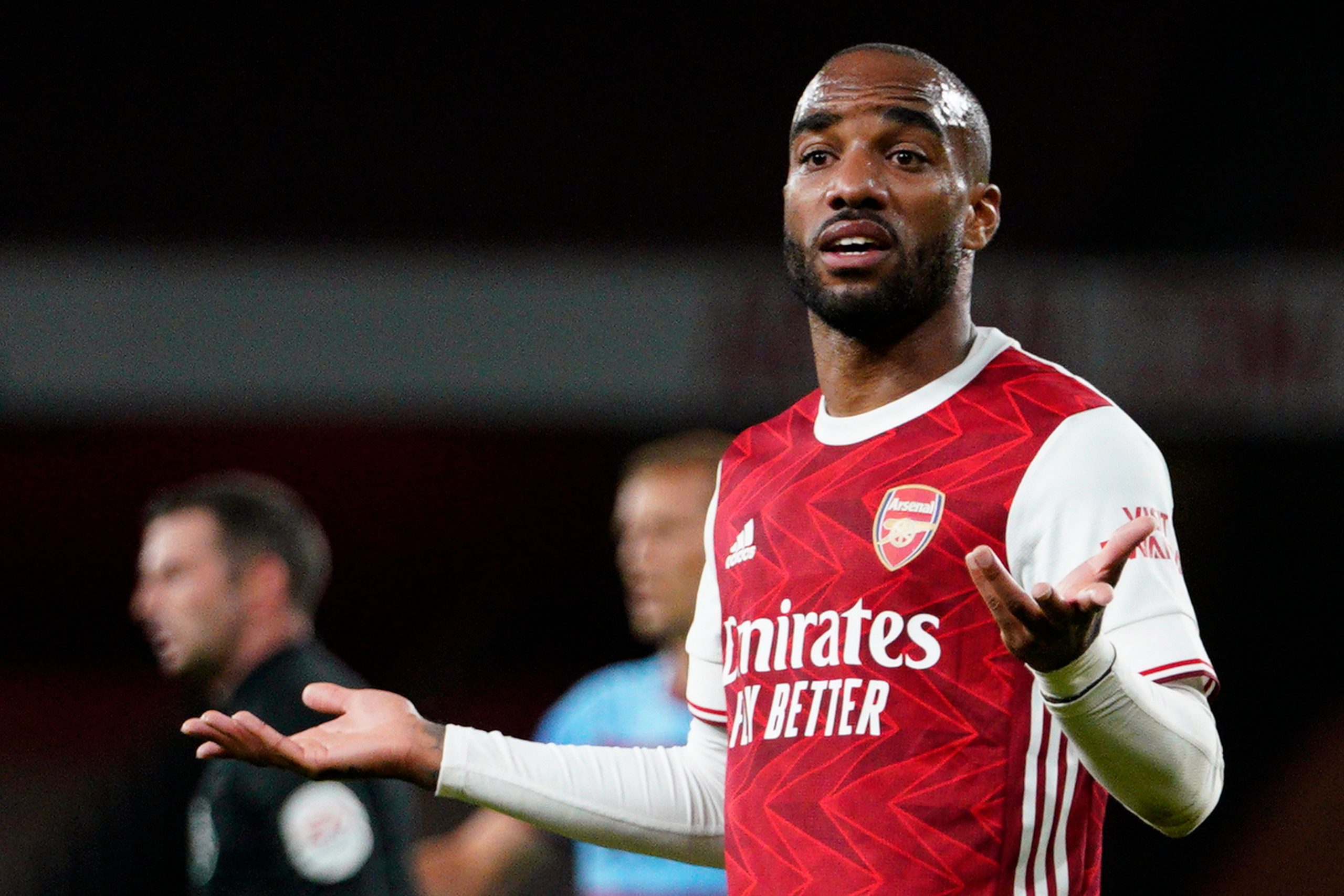 Without a shadow of a doubt, Alexandre Lacazette is a player that divides opinions both in France and at Arsenal. Being completely critical, his three years at the North London club have been underwhelming.

In 2017, Arsenal spent around £52m for the Frenchman, which at the time seemed like quite a coup for one of Europe’s deadliest goalscorers. His Arsenal career began with a brilliant debut against Leicester City, where he scored his first goal in the opening minutes of the match with an inch-perfect header to beat Kasper Schmeichel. However, as the season progressed he was not consistent with his goalscoring form. At the time, there were indications that he had a knee injury that was hindering his performances which turned out to be true, undergoing surgery in February 2018 just after the arrival of Pierre-Emerick Aubameyang.

It is crucial to point out that the big majority of Premier League onlookers recognised the undeniable technical quality of Lacazette, but the main concern was always the same. Goals. Upon his return, the expectations were extremely high, understandably so, there were no more excuses. As the games went by, the consistency still was not present, albeit in mentally challenging circumstances, with immense pressure on Arsène Wenger, who was incredibly keen to sign his compatriot and also the arrival of Aubameyang questioning Lacazette’s credibility as the club’s lead forward. There is a very revealing statistic that he recently revealed in an interview with L’Équipe that he was aware of. He went over a year without scoring a Premier League away goal, which for a centre-forward with his reputation is unacceptable. I believe it is fair to say that Lacazette’s Arsenal career epitomises Arsenal’s form in these past three years. Moments of brilliance overshadowed by the inability of fulfilling expectations.

But what exactly happened to that killer Lacazette we all got to appreciate at Lyon? It is impossible that so much quality fades away out of the blue. There are several reasons as to why he has not been able to fulfil his full ability at Arsenal. First, the lack of stability within the club has been a huge factor on the players these past few years. Wenger’s final year, the arrival of Unai Emery and now the start of the Arteta era. Everyone knows that close to the end of Emery’s reign; the whole team was shattered mentally.

Another key point is the decline of Mesut Özil and what that situation has caused the club on its own. Lacazette must perform a remarkably different role now that Arsenal do not have a reliable playmaker. His main job is to be the lynchpin between midfield and attack rather than being the focal point of attacking duties like he used to be at Lyon. His role is now akin to Roberto Firmino’s at Liverpool but with the difference that Arsenal lack the quality in other areas, so he has the duty to score as well: definitely a big ask for any player.

In recent months, we have been able to see promising signs that he will finally cement his place leading the line for one of Europe’s most iconic clubs. The start of that change began against Wolverhampton Wanderers when he came off the bench to score the second goal with a brilliant finish. In that run of games, he was sharp, he was fit, and most importantly, he was clinical. The thunderbolt he unleashed against Tottenham was a sign that “Laca” was playing differently. Filled with confidence harking back to the old times. As you all know, Aubameyang stole the show in the FA Cup semis and the final, but it would be ungrateful not to mention Lacazette’s contributions to the overall play. Fortunately for Arsenal, he has started the new season with two particularly good games.

Two goals in two starts and being crucial to both wins. Lacazette’s importance to this Arsenal side can be represented in two different goals against the same team in two different seasons. Ramsey’s goal against Fulham in 2018 and Aubameyang’s in the season opener. Not only the level of sacrifice made by the Frenchman in those moves in dropping deep, but also the quality to keep play moving and eventually culminating in a goal. With two years left on his contract, it is now or never for him to deliver in a consistent basis or his Arsenal career could come to an end very soon.

Last but not least, it would be hypocritical not to point out Lacazette’s contributions on big games – he is regularly a threat in the major encounters, a quality that the Gunners desperately need to reverse their less than glamorous record in the last five years against the traditional Premier League top six – a trend, however, that seems to be beginning to be reversed under Mikel Arteta.

It is not only Lacazette himself who needs to score to keep his confidence high, but his goals will also be crucial to Arsenal’s season in the hunt for not only a top four spot, but also European glory through the Europa League. The season has started brightly for Arteta, for Lacazette, and for Arsenal. Let’s see if that continues.