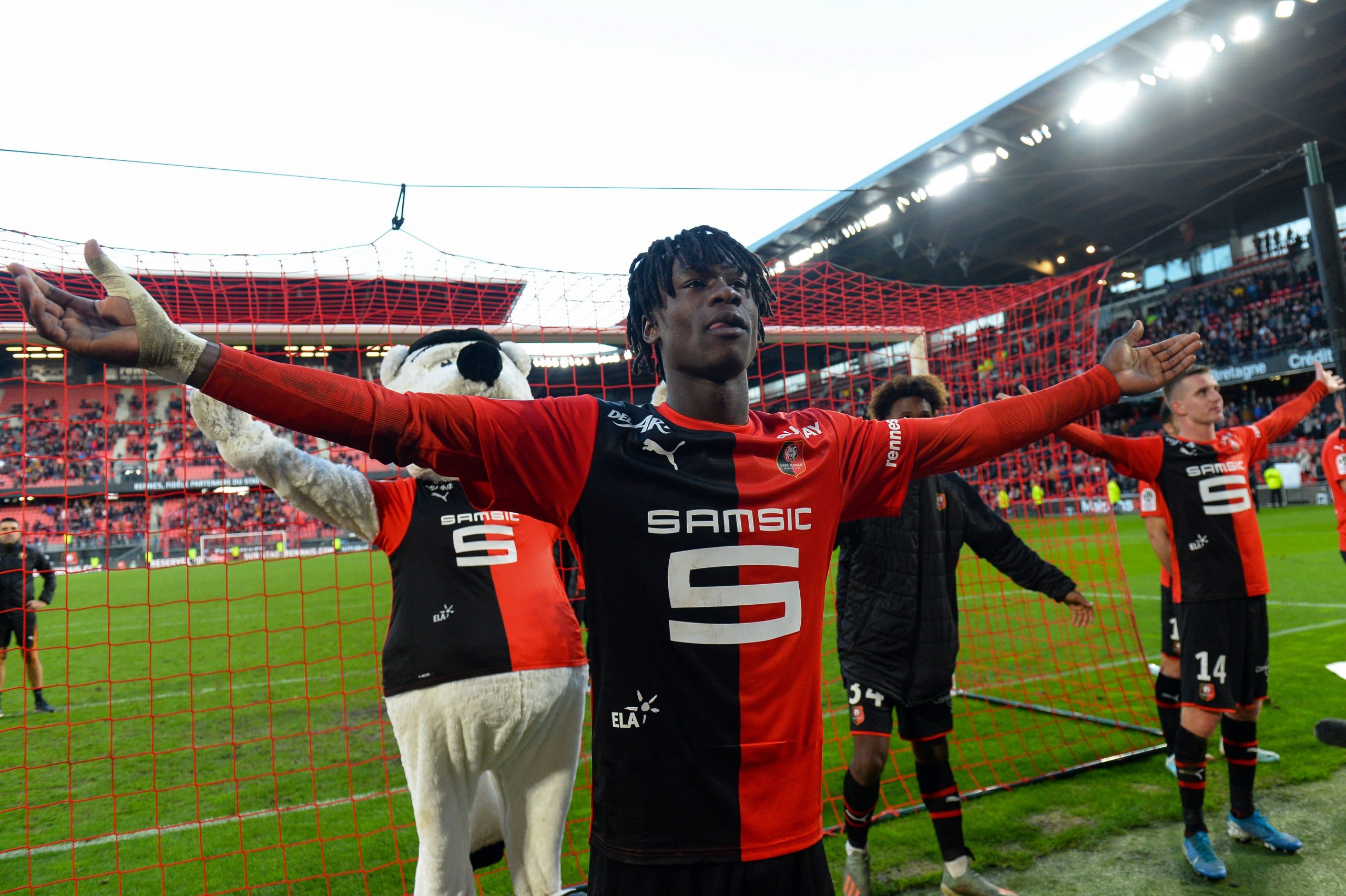 Life is full of obstacles, and if there was a single person to be chosen to symbolise this maxim, it would probably be Eduardo Camavinga. Born in Angola, he fled his warring country with his family and arrived in France at the age of two. Since then, his young career has been incredibly impressive and, in a matter of less than five years, he has clinched a spot in Rennes’ first team and attracted much interest from Europe’s biggest clubs.

RMC Sport recently gave the floor to the people who have witnessed Camavinga’s meteoric rise to the top level. From Yannick Courteille, his first coach at AGL Drapeau-Fougères, to Rennes’ Director of Youth Recruitment Philippe Barraud, they were all blown away by the Eduardo’s talent.

From Angola to Fougères

But Camavinga’s road to glory was not exactly planned out, as he had to overcome many obstacles before reaching the heights of Ligue 1’s top 4 with his club. Indeed, behind Eduardo Camavinga’s perpetual smile hides a darker story. The one of a child born in Angola, a country undermined by decades of civil war. At the time, in November 2002, the country was still unsafe, which led the Camavinga family to leave in order to find a safer place to raise their children, including Eduardo. His story echoes in some ways that of Rio Mavuba’s, who, just like Camavinga, fled Angola to join France (and was actually born on a ship whilst his family were escaping).

They eventually arrived in France but struggled to find a proper place to settle. Something Nicolas Martinais, a friend of the family, emphasises: “They had a hard time before arriving in Fougères. They even slept rough for one night before being helped by the social services in Lille and Amiens. From Amiens, they reached Brittany and finally established themselves in Fougères.” In the small Brittany town located 50 kilometres away from the Roazhon Park (Rennes’ stadium), the Camavinga family would quickly face another challenging moment as their house was burnt down. “They had just gotten the house. The father was at work and the mother driving the children to school. But when she came back, the house was on fire,” explains Nicolas Martinais. Those difficult years really forged Eduardo’s character and made him impervious to adversity. One of the reasons he shows so much maturity on the pitch.

Indeed, the young midfielder’s talent emerged really early in the eyes of his first observers. As Yannick Courteille explains: “He was seven, and he made a pass in a way I will always remember because in 18 years I’ve been doing this job (youth coach), it was the first time I would see this from such a young player.” The youngster was, at the age of seven, already ahead of his time and quickly demonstrated stunning passing abilities as well as intelligence on the pitch. That was enough to convince local Ligue 1 team Stade Rennais to recruit him, at the age of 13.

“There was no time for procrastination. We saw that he was a good, local player, so he had to play for us,” says Philippe Barraud, in charge of Rennes’s youth recruitment. Camavinga then quickly climbed the ladder and went from the reserves to the first team in less than a year, being inducted at the age of 16 and 4 months. He eventually signed his first professional contract in December 2018.

Just like Kylian Mbappé, Camavinga has already won many records for earliness, becoming for example the youngest Rennes player to ever play for the first team (against Angers, in April 2019) and the first 2002 player among the five big leagues to appear in a league game, at the age of 16 years, 4 months and 27 days old.

After having renewed his contract on the 15th August 2019, his real breakout moment came during Rennes’ victory over PSG (2-1). A game in which he was named as Man of the Match and definitively made a name for himself. The growing hype around his performances did not affect him, as he would be the star man again during Rennes’ away draw at the Orange Vélodrome (1-1) few weeks later. He would then score his first professional goal against Lyon at the Groupama Stadium on 12th December 2019 in a game which resulted in a surprise win for Julien Stéphan’s men.

But the big event in Camavinga’s short career so far had happened just a month prior, on the 4th of November 2019, when he and his family received their French naturalisation status. The midfielder at this juncture officially became available for selection in France’s first team, and the decision to give him the French nationality (although he was eligible for Angola and Congo) was taken as a strong hint by French Football Federation. It shows as well that, just like Kylian Mbappé, Camavinga is predestined for glory and France couldn’t let him slip through his net.

This “official” move is a win-win situation for Camavinga, the French Football Federation and Stade Rennais. Indeed, Noël Le Graet (the FFF’s president) orchestrated Camavinga’s naturalisation and therefore secured France’s teams the presence of an incredibly talented young player. Furthermore, it is a non-negligible asset for Stade Rennais too, as “French” talents (unfortunately) always go for more money and are some sort of “quality label” that the Brittany club will profit from when they inevitably sell him to a top European club.

If Camavinga’s rise to the top will certainly please French football in its entirety, it is also further proof of Stade Rennais’ renaissance in the past three seasons. Indeed, since Olivier Létang’s takeover as president, the club has progressively erased its infamous “loser” tag and quietly established itself as one of the best clubs in France. This brilliantly understated u-turn is largely due to Létang’s work and decisions, the best one so far being the choice of getting rid of Sabri Lamouchi, now Nottingham Forest boss, and replacing him with the then reserves coach Julien Stéphan at the head of the first team. Stéphan’s knowledge of the club’s youth factions has contributed to Rennes both spotting and forming a player like Camavinga. On the occasion that the Brittany club has produced great young talents in the past, they would generally leave too early to big European clubs and prevent SRFC from extracting the biggest wage possible for their starlets. The best example being of course Ousmane Dembélé who joined Dortmund after only playing half a season at the top level, going for a paltry €15m.

Létang’s authority and professionalism will likely prevent this situation from ever happening again, as young midfielder Camavinga is already valued at more than €35m on Transfermarkt.

So what’s next for the French prodigy? As he keeps on rising in the Stade Rennais’ ranks, the papers say prestigious clubs like Real Madrid are already monitoring him closely. Will that interest lead to an earth-shattering transfer in the summer? According to L’Équipe, who dedicated its front page to the situation recently, Rennes do not want to sell Camavinga for less than €100m. A ridiculous sum for such a young player. But the latter doesn’t seem to be bothered by all the gossip surrounding him. “He’s always had something special. It is in his look and his attitude. He has charisma,” says AGL Drapeau-Fougères’ Fabrice Dubreil.

Stories like Camavinga’s are rare and 2020 could well be his year. Enough to clinch a surprise place in France’s EURO 2020 squad for the upcoming Euros? Unlikely, but only time will tell. For Camavinga, not even the sky is the limit.