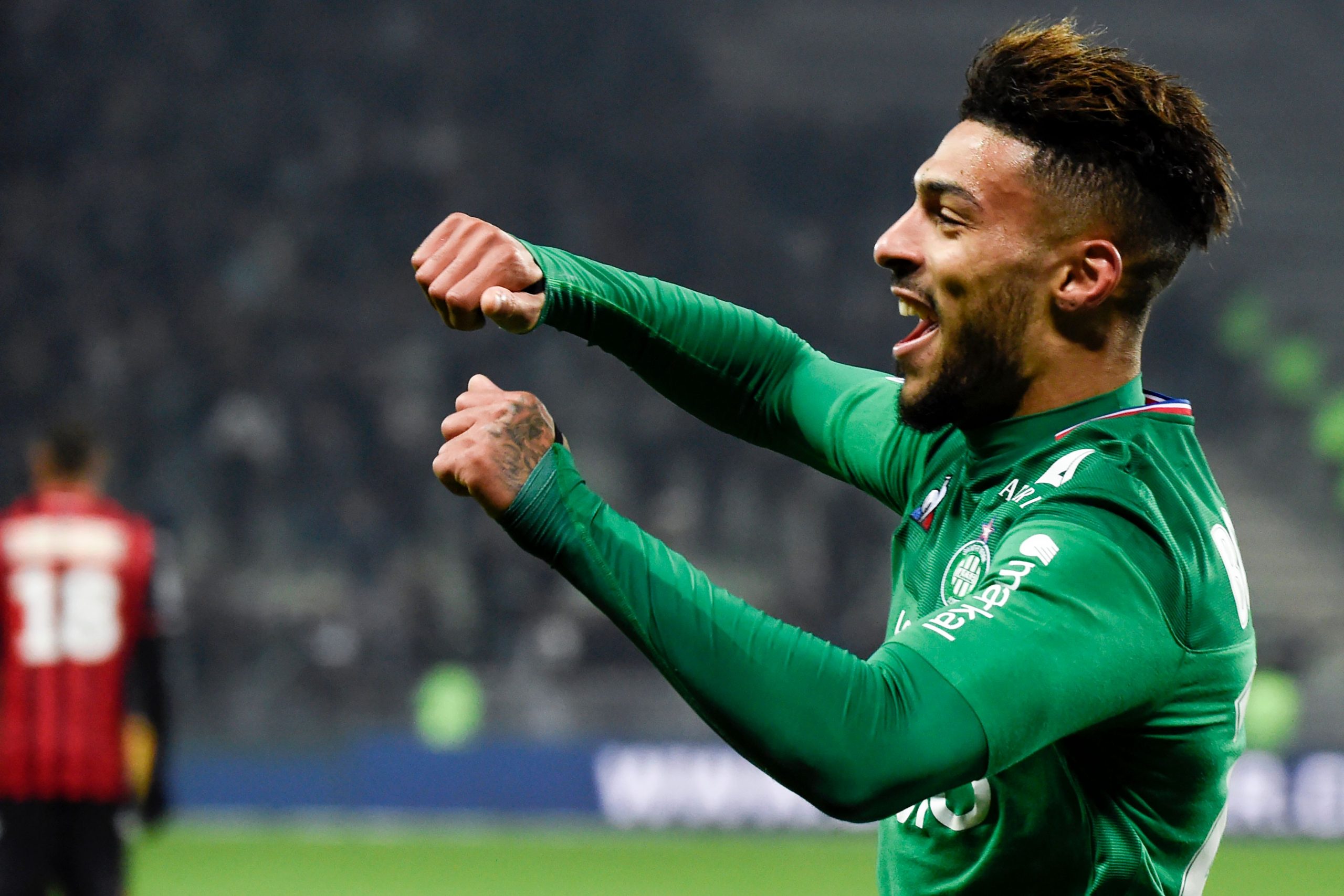 The festive period is traditionally the chance to indulge in the merriment and excesses of life, as we take a hard-earned break from the trials and tribulations of the year just passed.

For Claude Puel and his side, however, it proved to be a frugal Christmas, as they toiled through a gloomy run of fixtures compounded by an enforced stadium closure by the Ligue de Football Professionel after the raucous scenes that followed their thrashing at the hands of PSG.

What was initially a poor Christmas quickly turned into a very dry January for the club, as a languid run of results was accentuated by the loss of lead scorer Denis Bouanga, who was forced to spend much of the period on the sidelines following a painful injury to his metatarsal.

Already in the midst of a bad run of form, Saint-Étienne crashed out of the Coupe de la Ligue and failed to pick up any league points – the stadium closure reflective of a poisoning of the atmosphere surrounding Stade Geoffroy-Guichard.

Their win over Nîmes on the weekend finally ended their slide down the Ligue 1 table as they ran out 2-1 victors in a battling performance at home to the relegation favourites, with Bouanga finally making his comeback for the club.

The Le Mans born attacker returned to the fray in the second-half of that hard fought win and seemed to have marked his return with a goal, only for it to be ruled out following a VAR review.

It may not have counted, but the finish was a timely reminder of his importance to the Saint-Étienne team as they seek to rise from the doldrums of a particularly forgettable month and a half for the club.

Having arrived from Nîmes in the summer transfer window for a fee purported to be in the €4.5m region, the Gabonese international has settled nicely into his new surroundings – representing a positive influence in what’s otherwise been an underwhelming season for Les Verts.

His absence since the Coupe de la Ligue victory over former side Nîmes in December has been sorely felt, with the side’s attack only really coming to the fore against lower league opposition.

His seven goals this season also suggests he is modestly outperforming his xG90 of 0.43 this season (according to Understat’s metrics), indicating he has also been slightly more prolific than expected for the quality of chances he has thus far been involved in.

Whilst the debate over the value of xG analysis is a well-worn path that we will save you the tortures of going into in this piece, his score in this particular metric relative to his team-mates is perhaps the most interesting statistic when looking at this exciting attacker.

Of the other attacking options on the Saint-Étienne books, only Romain Hamouma and Wahbi Khazri have xG90 scores that indicate they have the capacity of contributing goals on a semi-regular basis for the club.

This disparity between his ability to get into goal scoring positions compared to the alternatives to Claude Puel is not insignificant and exemplifies the 25-year-old’s importance to the Saint-Étienne system.

This challenge in goal-getting is heighted by an apparent lack of creativity within the Saint-Etienne system.

Of the players available to the team, only Ryad Boudebouz has matched the Gabonese winger’s three assists this season – a damning statistic when you consider that the latter has primarily served as a goal-getter.

With just under half of the season to go, there does remain time for Saint-Étienne to turn their campaign around.

Despite their poor form of late, the side remains just five points off contending for a European spot and there’s certainly plenty of untapped potential in a squad that has an experienced selection of players to choose from.

Having turned out for four teams across the past five seasons, not owing to inconsistency but due to his constant improvements attracting bigger clubs, Bouanga appears just us likely to call the green of Saint-Étienne his home for as short a period of time as the clubs he was at before them.

If his side are to turn this season around and deliver any semblance of success in 2020, ensuring his sustained availability will prove vital.