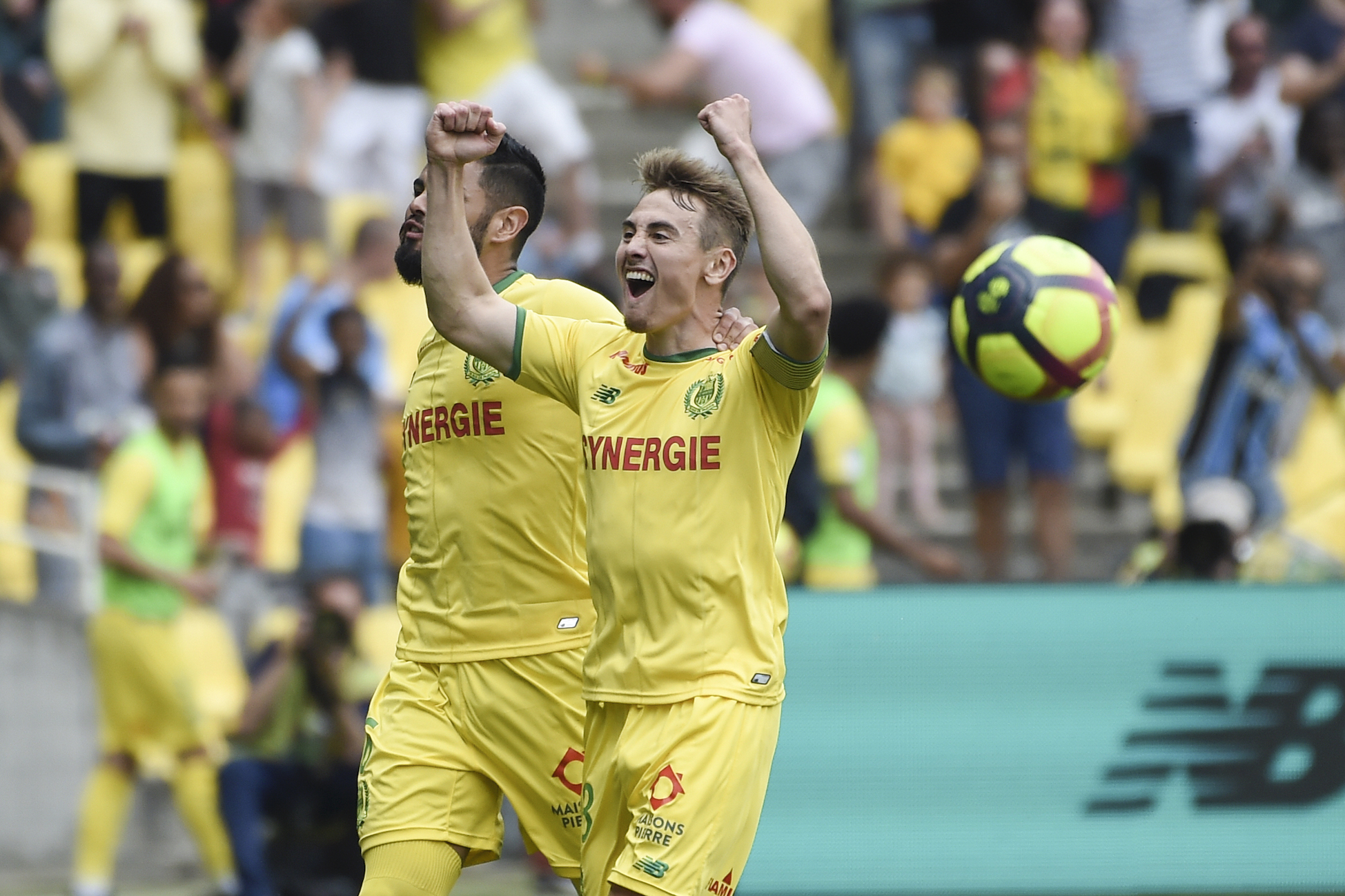 The date is August 19th 1994. The Stade de la Beaujoire is filled with 25.000 people as the Canaris face “Division 1” title holders PSG. In a game that is reminiscent of the good old nineties, with its large jerseys, classic Thierry Gilardi’s commentaries and old-school arms-risen celebrations, FC Nantes are about to make history. Firstly, by defeating PSG’s incredible armada made of Weah, Ginola, Rai and Kombouaré (among others) and secondly, by scoring one of Ligue 1’s best goals ever. After a quick throw-in, Nantes’ striker Patrice Loko plays an aerial one-two with midfield colleague Reynald Pedros who produces a sumptuous top-bin half volley leaving PSG’s legendary keeper Bernard Lama helpless.

But why the fixation on this classic goal? Because it is the embodiment of Nantes’ footballing philosophy and because it was scored by two academy graduates: Patrice Loko and Reynald Pedros. In a recent article, 20 Minutes delved deep into how FC Nantes have kept on providing quality attacking-minded midfielders throughout the years despite having limited resources. The two most recent and successful examples being obviously OM’s Valentin Rongier and AS Roma’s Jordan Veretout (currently on loan at Fiorentina). Both Nantes academy graduates, at the respective ages of 25 and 26, they are having great seasons. They have the same “box-to-box” profile and are the standard-bearer of a certain philosophy.

“We asked ourselves the same question,” explained FCN academy’s director Samuel Fenillat to 20 Minutes on why Nantes always train a specific type of player. “It’s in the club’s DNA. We are more attracted to players who are connected to others and who perceive the game through passing.” In other words, pretty much the profile of Rongier and Veretout. Indeed, the new Marseille man Valentin Rongier, who spent the first 18 years of his career at Nantes, really benefitted from his youth formation at the Jonelière (Nantes’ training ground). More than a simple “philosophy,” it is the academy coaches’ appetite for “players playing for others,” says FCN youth recruitment boss Matthieu Bideau, who made Rongier the player he is today.

Continually looking for roughly similar profiles has led the club to form intelligent players capable of adapting themselves and performing proficiently in different positions. Speaking to 20 Minutes, Fenillat took the example of OL’s right-back Léo Dubois, who joined FCN’s academy as a midfielder but was repositioned deeper on the right. His being formed as a midfielder led him to become a very smart and classy ball player as well as a good defender. “All the training sessions are made up of exercises with the ball in which we teach intelligence of placement and the control of the space(s)…” Fenillat adds.

Generally overshadowed by big French academies like OL’s or PSG’s, the FC Nantes graduates are stamped by the club’s philosophy nonetheless. Another example of polyvalence and intelligence is Amine Harit, who really has become Schalke’s star man over the past few months. The midfielder, who won the U19 Euros alongside Kylian Mbappé, started his career playing more centrally in midfield before shifting into a right-winger role.

Stuck in the middle with you

Although we definitely have to give credit to Nantes for providing football with quality midfielders, capable of passing, defending and attacking, the standardisation of this profile has become a small issue within the academy. As Matthieu Bideau explains: “We have to form players who validate the work done by the midfielders. You can’t play with 10 Louzas (the most recent prospect to have emerged from the academy).” To counter-balance this phenomenon, the club started changing its youth training methods three years ago within the academy. As U19s coach Stéphane Ziani said to 20 Minutes, “we are “feeding” our attackers and defenders more now. Our methods have evolved. Now we put the players in real game conditions. The motto is “we train as we play.”” Nantes almost got stuck in their own niche philosophy and it is fair to say that it has been a while since the club has produced a quality defender or striker. Those two positions have been the club’s weak spots for years now. Another reason as to why Nantes have kept on providing its first team with good midfielders is claimed by Ziani: “It is easier to form a good midfielder than a striker, a defender or a goalkeeper, three positions in which the player has no room for error.”

With the break out of Louza and the relative struggles of Christian Gourcuff’s team upfront, the pattern seems to be not that different this season. Will it ever change? Only time will tell.