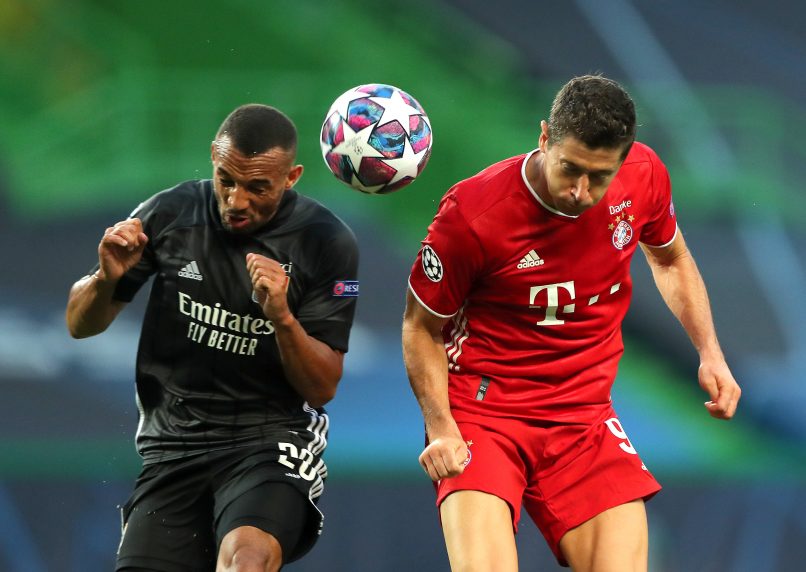 While most casual fans of French football may only know Fernando Marçal for *that* own goal against Paris Saint-Germain, it having made the rounds on social media, what Wolverhampton Wanderers are getting in the veteran Brazilian is actually far more than an error-prone figure of fun. A product of Gremio’s academy, his evolution during his time at the Groupama Stadium has been truly impressive, and having come under a variety of managers, this is testament to the player’s motivation more than any great tactical innovation. He moved to Europe first with Portuguese 2nd division side Torreense, for whom he impressed before making the leap to the top flight with Nacional. His play there soon caught the eye of that great warehouse of talent, Benfica.

While he never played a match for the Lisbon side, he demonstrated his attacking prowess during successive loan spells in Turkey, despite struggling with injury (only one defender was fouled more frequently in the SuperLig that season), playing as an orthodox left back in a four. His play there caught the eye of Guingamp, who took him on loan for the 2016/2017 season, offering a chance to play first team football in a top five league. Recording seven assists, he was an integral part of the Breton side’s fine season, as they flirted with the European places into the new year before eventually finishing tenth, a collective ethos being key to their play. An important element in terms of providing width for Antoine Kombouaré’s team, he caught the eye of Lyon, who picked him up for €4.5m.

His time with Les Gones was never one of great certainty – he arrived at the same time as the highly touted Ferland Mendy and continued to face competition from Jérémy Morel – but he has consistently carved out a place for himself even as rivals for his position continued to arrive, the latest arriving last summer from Lille in the form of Youssouf Koné. Marçal made himself indispensable to the squad by becoming more than just an attack-minded left back. In this, Marçal has never lost his engine and technical ability, but his evolution into a legitimate option on the left of a back three has perhaps been the most impressive chapter in his OL journey.

In both Turkey and indeed his first two seasons in France, he had played on the left side of a back four, but against Manchester City in the group stage of the 2018/19 Champions League, Bruno Génésio deployed him on the left side of a three, with Mendy playing further forward as a wingback. There were some bumps in the road, to be sure, but one could see even at that juncture that his blend of recovery pace, anticipation and wiry strength looked to serve him well, even if his physical profile did not exactly fit that of a typical central defender, and he continued to feature there with some regularity as Génésio experimented tactically.

A relative afterthought with the arrival of Koné and manager Sylvinho, he began to feature more often under Rudi Garcia as it was clear that the veteran manager had little faith in record signing Joachim Andersen, shaking off injury to become an integral part of the side both in a four and a three.  Combining the passing range of a ball-playing centre back (it was his pass that led to Lyon’s opener against Manchester City) and the tackling acumen and fearlessness of a full-back, the understanding that he fostered with Maxwel Cornet, himself a player learning a new position, was perhaps the most critical element to Lyon’s success in the Champions’ League.

The former Metz man’s ability to influence the attack was down not only to his own leather-lunged approach to play but, to his confidence in having the Brazilian behind him, knowing that Marçal would not only be capable of winning the ball back in an instant but was also capable of bringing it upfield himself. There are still questions over Marçal’s discipline, having been shown a straight red twice in addition to seven bookings in just 26 appearances across all competitions. However, it should be clear that Nuno Espirito Santo’s side is getting a player who brings grit, determination, and above all versatility to the pitch.