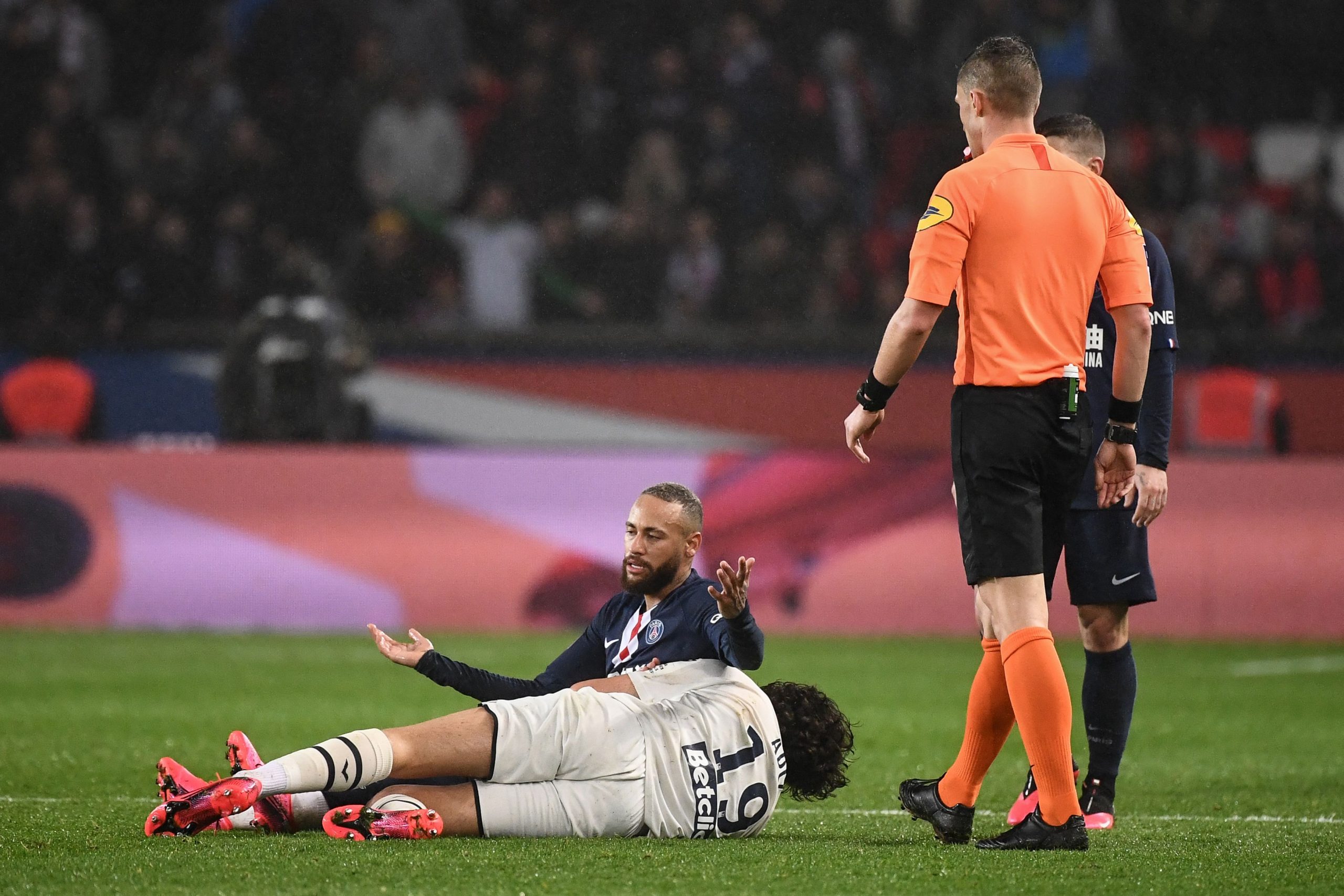 PSG were defeated in the Champions’ League round-of-sixteen first leg last week at the Signal Iduna Park, hit twice by 19-years-old Norwegian sensation Erling Braut Haaland (2-1). Looking at the score line, coming back from Dortmund’s stadium “only” conceding two times and, most importantly, scoring once, was not a particularly bad result after all. Even more knowing that the second leg will take place at the Parc des Princes. But PSG being PSG, nothing really happened as planned.

PSG’s penchant for self-destruction and chaos following Champions’ League disappointments have become quite common in the past few years. And, frankly, Tuchel’s small defeat in Germany was no exception to the rule. So, will PSG manage to overcome all the pressure and respond on the field on March 11th? Or will they collapse as usual because of all the media destabilisation and their lack of character?

I bet you look good on the dancefloor

February is definitely not the best time to be a PSG supporter. Why? Because it coincides with the annual crisis, generally occurring during the interval between the two Champions’ League Round of 16 games. Every year, everything seems to collapse at the club. And even more when the first leg ended up in a defeat.

This year’s circus began in the Iduna Park’s corridors, where Neymar, speaking to the press after the 1st leg, took a clear and direct dig at PSG saying “The club was scared (that he might get injured prior to the game) and I’m the one suffering.” Then, to amplify PSG’s post-match farce, Presnel Kimpembe’s brother insulted Thomas Tuchel on Instagram, forcing the French defender to apologise the day after in training. But the capital’s misery didn’t end there, as just two days after the defeat in Dortmund, Angel Di Maria, Edinson Cavani and Mauro Icardi jointly celebrated their birthday in a fancy location in Paris. Some footage of the party was leaked on social media, showing half of the Parisian dressing room dancing shirtless… Years go by and PSG seem to be making the same mistakes over and over again. All these controversies, as usual, partially (completely) overshadowed everything that happened on the field. Because in truth, paying no heed to all the controversies and criticism over Tuchel’s approach to the game (last minute system change, leaving fit Leandro Paredes in Paris), PSG will only need ONE unreplied goal at the Parc to go through. In other words, something clearly doable.

In these troubled times, PSG will need the help of Sporting Director Leonardo to have its back. After all, this is one of the major reasons he returned to Paris. Leonardo was supposed to be the X factor in PSG’s PR strategy, the figure destined to cool things down when it’s getting hotter and wield the club’s authority. So is his heavy silence another form of vivid proof that the club doesn’t mind being Europe’s laughing stock? Or is this an elaborate strategy that will lead to a concrete response on the field on March 11th? Only he knows, but what’s certain is that this absence of reaction to the various digs taken against PSG has not remained unnoticed by the media.

For example, he did not respond to Dortmund General Manager Hans-Joachim Watzke’s claim that “the world will collapse on PSG if we go through.” This gratuitous statement, meant to destabilise the club, is the perfect embodiment of what every team facing PSG in the UCL final phase have understood: Leonardo or not, PSG are scared and never as vulnerable as between the two legs of their yearly Round of 16 Champions’ League clash, and February is a period in which PSG always seem to be… suffocating. This timidity was particularly visible in their tight victory over Bordeaux (4-3), where the Parisians looked tense and nervous. In a game that was supposed to be one to put everything back on the right track after the previous week’s madness, quite everything went wrong. It started with Thiago Silva getting injured (which will see him miss the 2nd leg vs Dortmund) and ended with Neymar getting sent off for a judo hold on Girondins’ Yacine Adli… PSG in all its February glory. The game merely threw up further questions.

From hunted to hunters

Obviously, the various controversies have not remained unresolved within the club, as reports indicate that Leonardo reprimanded the party-goers after their Pavillon Dauphine exploits and Kimpembe apologised to Tuchel on behalf of his brother.

We’re living in a fantastic time where clubs, through social media, do not hesitate to interact with and mock each other. Borussia Dortmund’s Twitter account didn’t wait long before making fun of PSG following the Germans’ victory. By tweeting “et voilà” at the final whistle and trolling life-long PSG fan DJ Snake by posting Tweets quoting his songs, their approach was mirrored by BVB players. Most notably Belgian midfielder Axel Witsel, who used his Belgian “humour” to troll PSG on his Instagram account. This overall attitude from the German club demonstrates how confident they are. But for once, Paris could take advantage of it. That may even be a crucial factor for them, as for the first time, they are the “hunters” – they have to make up a 1st leg deficit, unlike was the case against Manchester United & Barcelona in previous years. They are the ones who have to prove everybody wrong. It is only a question of “shifting momentum,” just like what happened in the days preceding the “Remontada” in 2017, when all the media started believing that Barcelona could do it. The club could use all the controversy and snide comments as a motivation. Also, should he remain fit and in form, Neymar will finally play a Round of 16 2nd leg for PSG at the third time of asking. For PSG and Neymar, it is a once in a lifetime opportunity to redeem themselves and show the world who they really pretend to be: resolute winners.

The last time that Neymar played a Round of 16 2nd leg, he was wearing Barcelona’s 11 shirt and his team also had to catch up with its opponent (PSG)… That night, he produced the performance of a lifetime and basically sent PSG back to Charles-de-Gaulle airport all on his own. So is this some kind of prophecy? Nothing is less certain but PSG vs Dortmund might be the right time to exorcise the old demons.

Timothy Weah out for the rest of the season