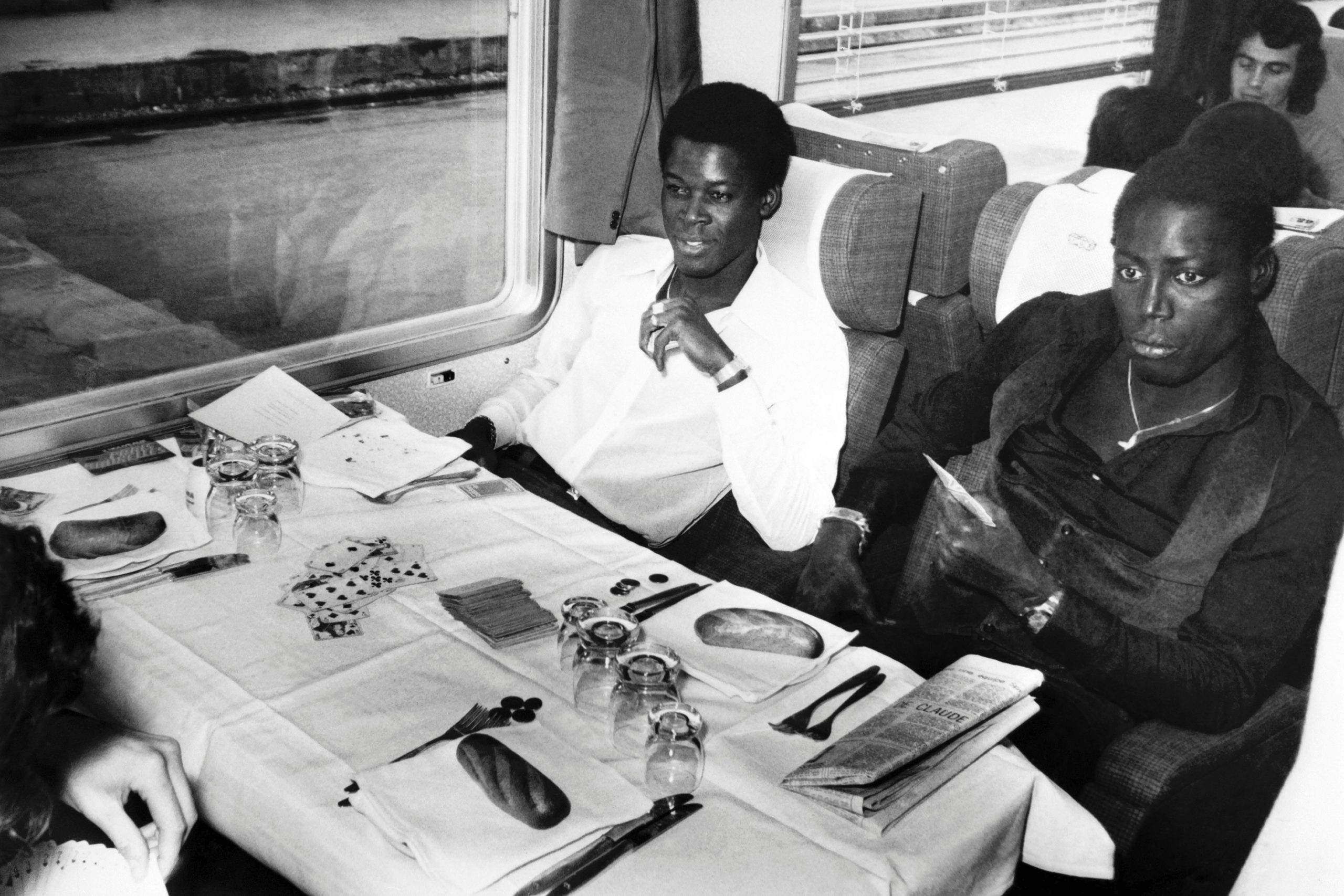 It was supposed to be a minor knee surgery. But it turned into a never-ending nightmare. Paris United recently shed light on Jean-Pierre Adams’ story, a competent former French defender whom life was changed forever after a failed surgery that led him to fall into a deep coma he still hasn’t woken up from.

Sometimes, life can hang on a few millimetres of anaesthetic. On March 17th 1982, Jean-Pierre Adams’ life took a dramatic turn after the surgeon’s anaesthetist provided him with a nearly lethally wrong dose just before a knee tendon rupture operation was due to begin, starving his brain of oxygen and putting him into a coma. Since this tragic incident, thirty-eight years ago, the former French international has been plunged into a long vegetative state.

Nicknamed “the black rock”, Adams was born in 1948 in Dakar and began his professional footballing career at Nîmes in 1970 after several years spent in the non-professional leagues. In the Gard, he would play a big part in the Crocodiles’ golden era between 1972 and 1973, helping them reach, successively, the 1st division second place and the Coupe de France semi-finals. These impressive performances would earn him a first national team call-up in 1972 and a transfer to OGC Nice at the beginning of the 1973-74 season. He would go on to play 144 games on the Côte-d’Azur and establish himself as a safe bet in Les Bleus’ backline.

As Paris United reports, the Dakar-born defender would regularly be paired-up with French Legend Marius Trésor between 1972 and 1976. Their partnership was nicknamed “the black guard” by France’s Romanian manager Stefan Kovacs after a stoically impressive display in Poland. This nickname, despite its reductiveness, racially loaded nature and symbolism of “another age”, really encapsulated how complementary the pair were in a back two. Adams’ national team career was successful on a personal level, but coincided with a period of disenchantment for Les Bleus, who missed a spot at EURO 1976.

After being one of the key men in Nice’s impressive 1975-76 season in the 1st division where they finished as runners-up, the 5 ft 8 defender signed a final major contract, with PSG in 1977, at the age of 29. In the French capital, he would wear the Hechter shirt 42 times, scoring twice. Late France manager Henri Michel, quoted by Paris United, described him as a “force of nature, very strong, full of good will and determination.” Adams “only” played 42 games in two seasons with PSG, but left an important mark on the capital side nevertheless, being a crucial player in the club’s first decade of existence.

Adams would eventually finish his career at FC Chalon in 1981, aged 33, alongside Polish striker Josef Klose, father of Miroslav.

Adams’ surgery left his spouse Bernadette entirely alone. The latter has been taking care of her husband since it happened, as he lies in his bed all day, unable to speak or express emotions. But he can still breathe, feel, eat and cough on his own and, and contrary to some reports, is not plugged to any kind of medical device that is keeping him alive. “People on Facebook say he should be unplugged… But he is not plugged! I just don’t have the courage to stop giving him food and water,” says Bernadette Adams per Paris United. “He has a normal routine. He wakes up at 7, eats… He may be in a vegetative state, but he can hear and sit in a wheelchair.”

In some ways, Adams’ state echoes the famous Vincent Lambert case. Lambert was a nurse who got involved in a road accident and was left quadriplegic and in a persistent vegetative state in 2008. After a decade of fighting between two opposite sides of his family on whether he should be kept alive or euthanised, he was finally allowed to die from starvation in 2019. But Bernadette, according to Le Point, is definitive: she is against euthanasia and will not give up on her husband.

Unlike former defensive partner Marius Trésor, who, as Paris United reports, hasn’t found the courage to visit his friend since the tragic incident. He recently declared: “Even if Jean-Pierre woke up, he would not recognise anybody. So is it worth living like this? If a similar thing happened to me, I told my wife not to keep me here.”

Jean-Pierre Adams, who lives near Nîmes, is 72. The thoughts of the entire Get French Football News family go out to his loved ones.

The LFP intends to purchase 50,000 COVID-19 tests to put French football back on