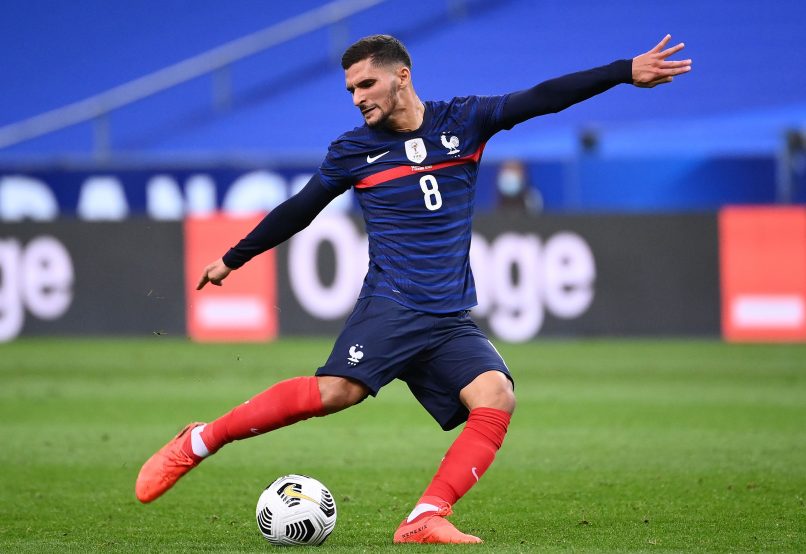 Despite a middling run of form in a disjointed Lyon side, Houssem Aouar continued to be an in-demand presence in Europe as the transfer market lurched towards its close on Monday. Persistently linked with Arsenal, and, to a lesser degree, Juventus, over the summer, the midfielder has lately also become the subject of interest from Paris Saint-Germain, and even Real Madrid, per the latest L’Équipe. The Spanish club’s initial interest in Les Gones’ academy product was centred around a deal potentially being concluded next summer, with Aouar having a noted admirer in Zinedine Zidane and the club having made no major purchases this summer, might this latest twist have legs?

Aouar is several years younger than any of Isco, Toni Kroos, or Luka Modric, and while he certainly needs no small amount of polishing, his versatility could make his signing a major filip. Some saw this late-breaking interest, and that of the capital side as being a smokescreen on the part of Aulas, hoping to drive Arsenal to the brink of desperation, but what is more pertinent is what sort of player these clubs would have gotten. That is, is Aouar of the requisite quality to be a vital cog at one of Europe’s biggest clubs? The answer is a rather complex one, and while a definitive opinion can be difficult to form, having seen him play something in the neighbourhood of a hundred times, the jury remains somewhat out, even if this verdict is through (largely) no fault of the player.

A native of the Lyon area, Aouar came through the ranks without much fanfare, avoiding the sort of hype that has accompanied teammates of his such as Rayan Cherki. A peripheral figure during his initial appearances, in 2016/17, the sale that summer of Corentin Tolisso to Bayern Munich appeared to open the door to the first team for the youngster, but it also marked the start of a quandary that continues to plague those who would observe him up until the present moment.

The all-action Tolisso had been a bit of a Swiss Army knife for Lyon, slotting in at right back, or even as second striker, but his best position was in central midfield. Never an orthodox defensive midfielder, Tolisso benefited from playing alongside the likes of Maxime Gonalons or Lucas Tousart, players whose gritty physicality would allow him far more freedom while still taking advantage of his own power and ability on the ball.

The next campaign, however, saw Gonalons depart, and while Tousart was still available to do the yeoman’s share of the work in protecting the defence, the role that Aouar was thus asked to play alongside either the former Valenciennes man or Tanguy N’Dombele was often a fairly negative one. Lyon played both a 4-2-3-1 and a 4-3-3 that season – the former formation most often saw Nabil Fékir playing as a ten, limited Aouar’s ability to truly be involved in the attack, while the latter, with a midfield trio of Tousart, Aouar, and Ndombele did nominally allow the academy product more freedom, the slide rule passing of Ndombele meant that Aouar was often relegated to a shuttling role.

Undaunted, he dug in his heels, and used his deceptively wiry strength to become a more than creditable option in his new role, while still managing to record a half dozen goals, most of them sublime finishes coming as the product of wonderful interplay among Fékir, Ndombele and Mariano Diaz. While the attention as regards to Lyon’s attack that season was squarely on the team’s front four, Aouar’s opportunism and craft at making late-breaking runs into the box was something to behold. With Fékir’s spirit and battling energy the model, the club won nine of their last ten league matches to qualify for the Champions’ League, and Aouar, despite being just nineteen, had shown enough, without stealing the show, to suggest that he would be a fixture for years to come.

It was more of the same in 2018/19, as Aouar improved both his goal and assist figures, thriving despite near-constant tactical tinkering on the part of then-manager Bruno Génésio. His relationship with Fékir continued to improve, and new signing Moussa Dembélé also benefitted from Aouar’s creativity, shaking off a slow start to finish with fifteen goals in the league. Lyon were far from perfect, but the team had a vibrancy and energy about them, and, backed by a sparkling new arena and investment from a Chinese group, seemingly the means to progress even further, no small matter as both Marseille and Monaco seemed to be at a low ebb at the time.

The summer of 2019 would be a fateful one, however. The embattled Génésio’s departure was unsurprising – he was a product of the club through and through, but had always seemed more adept at a needs must style of management rather than orchestrating any sort of brilliant football. Fékir’s move away was more surprising, but after his previous attempt to go to Liverpool had fallen through, perhaps the horse had already left the barn when it came to the captain’s ability to focus on the task at hand.

However, with Fékir gone, the team’s focal point in attack became not the unselfish and scrappy number ten, but rather Depay, whose best position is either as a striker or wide on the left, but whose approach to play is one of single-mindedness. Never one to rejoice in being a creative force, the Dutchman increasingly set off on maddening runs down blind alleys, and the form of those around him, including Dembélé, but also Aouar suffered.

With Depay running amok and new sporting director Juninho’s pick for manager, Sylvinho, in over his head on the bench, Lyon were in dire form and there were already rumours linking the club’s most illustrious talents with moves away, punctuated by Tousart’s departure to Hertha Berlin in the winter window. Lyon continued to stutter in the league, but a Coupe de la Ligue final run and, of course, the team’s surge into the Champions League semifinals did much to paper over the cracks.

Now, however, back to the grey reality of Ligue 1, Lyon look bereft of ideas under Rudi Garcia, and Aouar appears to have followed the lead of Depay in terms of the selfishness of his play. Lyon had last season been over-reliant on individual brilliance to win them matches, and this season has been more of the same, but with poorer results as French sides have been largely able to keep Les Gones and Aouar at bay.

Is this to say, then, that Aouar is a busted flush, the influence of Depay and his flash (both on and off the pitch) having subsumed the hardworking young talent who was ready to give his all no matter what position he was asked to play? No, and emphatically so. The talent of the player remains, but the floundering project under Juninho, both in terms of the coaching personnel and the squad, which has dramatically moved away from having a sense of cohesion both and off the pitch, has done Aouar a massive disservice as he’s jammed into a variety of positions that are ill-suited.

Played under a manager who has a consistent and clear tactical plan, and alongside teammates who don’t feel that they have to take on the world, or at least the entire defence, alone, there is every reason to believe that Aouar can get back to the upward track he was seemingly on little more than a year ago. While it may take some time for his progress to resume, the player that dazzled despite difficult circumstances is still there, and were he to move to a club in a more stable and patient situation come to fruition, there is little doubt that he can become the breakout star that many had glimpsed some three years ago.