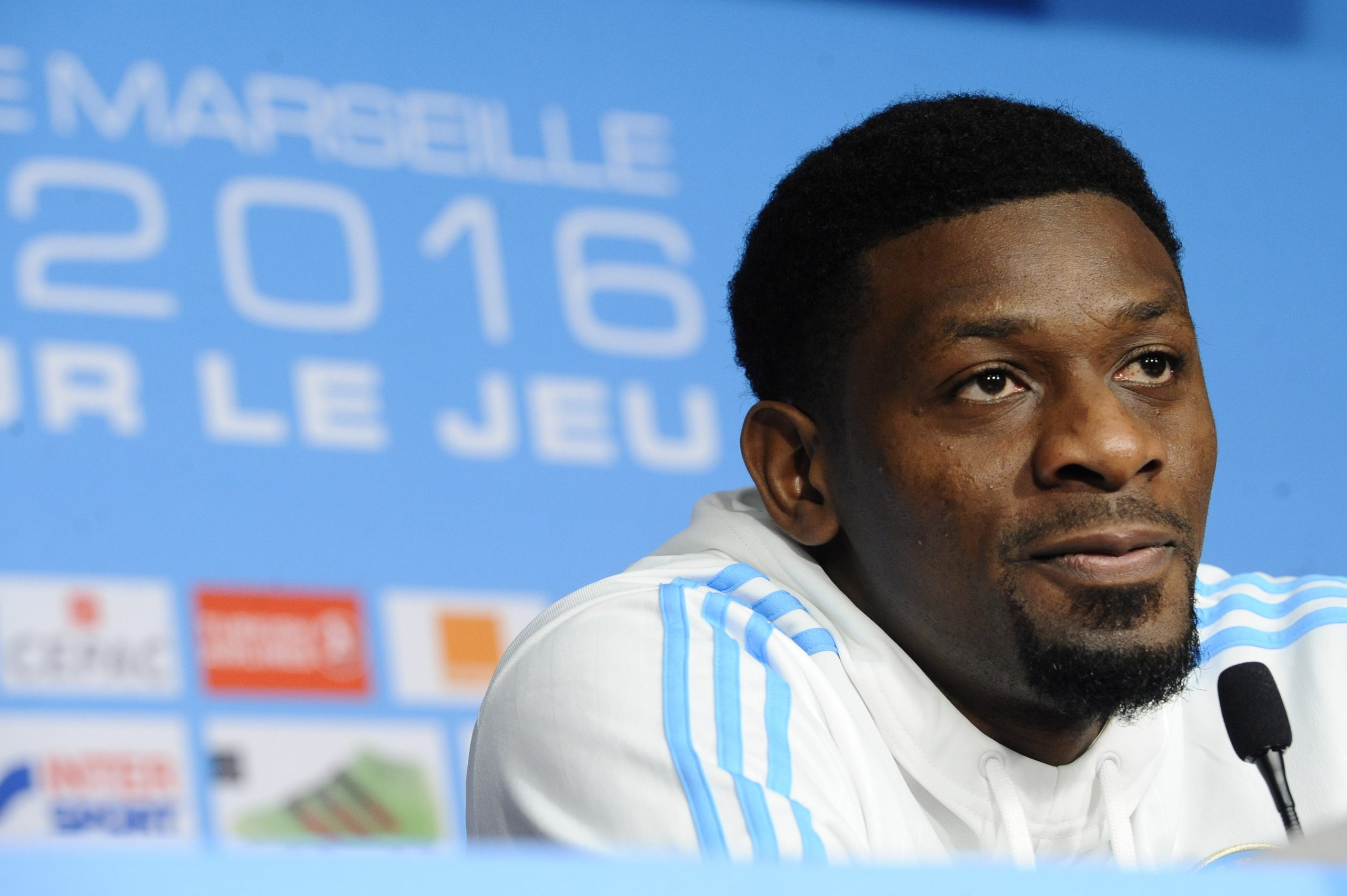 This is the second piece in a 21-part series detailing the best that French football has had to offer from each and every generation between 1985 and 2005.

A French football darling, the national team captain has over one-hundred appearances for Les Bleus and is the undisputed leader of a squad that most recently won the World Cup, at least in the eyes of Didier Deschamps. In the image of Tottenham, Lloris has extended periods of game-to-game brilliance, but is often let down by the odd clanger. At his best, Lloris is a cat-like shot-stopper who pulls off the extraordinary, see his save on Diego Godin at the World Cup 2018 quarter-finals as case in point.

An exceptionally respected figure in both dressing rooms that he currently resides in, he will leave a legacy not as the quietly talented invertebrate, overcome with the weight of expectation as his recent drink-driving charge might have otherwise suggested. Lloris will be remembered for the history he has etched for Les Bleus with their second ever World Cup.

Quality in the full-back areas was perhaps not this generation’s strongest suit, and Dabo’s career mirrors this. He boasts over one hundred caps for St Étienne after receiving the initial nod from then Youth Director Élie Baup. He then ultimately refused to extend his contract, and the Dakar-born full-back, who started his career on the left before switching to the right, joined Sevilla as a free agent in 2010.

A single season in Spain before moving to Les Verts’ rivals Lyon for a little under €2m, Dabo never got a look in for Les Bleus, despite appearing 17 times for the U21s. Despite possessing a lethal shot and obvious athleticism, his often ineffective defensive positioning barred him from climbing the top two rungs of European football.

Included here simultaneously because of the lack of national team appearance holders in defence from the 1986 generation and because his career is a shrine to persistence, Collin was ignored at youth level by France’s best talent-spotters, making his first foray into the professional scene with Scottish side Gretna. After a smattering of failed trials in England, at Blackpool, Preston and Wolves, Collin found sanctuary in the MLS, joining Kansas in 2011. With an aerial presence and a personality that commands respect, Collin has never been a stranger to the fact that life can change in an instant, having studied an online course in Fashion Design as both a passion and a back-up. This degree may well serve him when he hangs up his boots, with his latest move to Philadelphia Union having not really worked out.

One of the least fancied central defenders in French football in modern history, Kerbrat’s talent is undoubtedly his staying power. Very much a creature of habit, the quasi-short centre-back (standing at 1.81m) nearly became a tennis player, obtaining the title of vice-champion of Brittany at the age of 15 in the sport. This was before he started out in football at Stade Plabennecois, the self-described club of his soul, rejecting the more established Stade Brestois and EA Guingamp in favour of beginning his career in the French 5th division. The only other team he has called his own in his professional career was that latter outfit, who he joined in 2011 and where he has been ever since.

Light on his feet, a trait derived from his tennis exploits, Kerbrat’s ability to intercept play was critical in Guingamp’s most recent extended run in Ligue 1, trusted exceptionally so by manager Jocelyn Gourvennec during that adventure. Whilst his lack of physicality and mediocre ability on the ball were always going to prevent him from receiving admiring glances from top 10 clubs, Kerbrat is an intelligent player and an honest professional, respected by virtually everyone in the game for his courteous nature which he displays to everyone, from the club janitor to the club president.

A profile that matches that of Patrice Evra from a technical perspective, just less vocal both on the pitch and off of it, Marange was earmarked at an early age as an individual with top tier potential, representing the France U21s on six occasions between 2006 & 2009. Marange spent nine years at Bordeaux, given his first shot by Brazilian tactician Ricardo. If a single man has ever ruined a person’s career, then Laurent Blanc is that individual for Marange.

His arrival at FCGB saw the left-back ousted in the pecking order by Benoît Trémoulinas, knocking Marange’s confidence and condemning him to a career of looking from the outside in on a number of starting XIs that he could have been part of, from Crystal Palace to SC Bastia and beyond. After a three year spell with the Corsicans, marred by injury and inconsistency, Marange would never play professional football again from the age of 31 onwards.

22nd June 2010 – Abou Diaby was the only consolation in one of the most embarrassing moments in French national team history, as Les Bleus were knocked out at the World Cup group stage by hosts South Africa. Despite the defeat, he ran the midfield and demonstrated his marvellous palette of skills, physicality, dribbling, poise, and a rasping shot.

France and Arsenal were however largely robbed of their most exciting midfield talent since Patrick Vieira when, on 1st May 2006, Sunderland’s Dan Smith launched into what Arsène Wenger called an “assassins tackle”. This sparked Diaby’s fitness quagmire, suffering an astonishing 18 injuries during his 9-year spell with the North London club. Signing for Marseille was supposed to give him a less intense spotlight from which to finally put his injuries behind him. Instead, it just provided a different location for him to seek to heal, making just six appearances for Marseille over the course of two years. At 31, he hung his hat.

Blessed with an immaculate right foot, a body part of the Frenchman’s that is equally as apt at producing a killer through ball as it is letting rip on a delicately curling free-kick into the top corner, Cabaye quickly became the darling of his first two club’s fanbases: Lille and Newcastle United. One of the few “Frenchies” that Alan Pardew brought in that the Magpies did not later regret, the turning point in Cabaye’s career was his decision to move to PSG and condemn himself to becoming a spare part at a club that simply did not take his talent seriously enough between 2014 & 2015.

What followed was a return to the Premier League but with Crystal Palace, a club with little ball possession and not enough control over matches for Cabaye to display his full flair. With just a shade under half a century of appearances for Les Bleus to his name, the Tourcoing native has had a fulfilled career, with his latest foray a return to Ligue 1 with St Étienne. With Les Verts however, his waning physicality has held him back from making audiences sparkle as he once achieved.

One of three individuals to have played for Newcastle United on this list, Gouffran was probably considered as the most promising speedster of this generation. A goal machine when he hit purple patches of form, Gouffran was a man who did not deal terribly well with pressure, his best campaigns coming in 2nd divisions, first during his breakout time with Caen when he was awarded Ligue 2 Player of the Season in 2007, and then in Newcastle United’s campaign to return to the Premier League in 2016/17. The former French youth international jumped at an experience in Turkey with Göztepe, before making a surprise move to Armenia last year.

Coming up with another on this list in Rennes’ youth ranks, Marveaux’s best campaign came under the stewardship of Frédéric Antonetti in 2009/10, scoring 12 goals in 38 appearances. Hip trouble plagued the pint-sized winger during his time at Newcastle United and eventually forced him back to France, first on loan to EA Guingamp and then permanently to Brittany rivals FC Lorient, where he is now fighting to take them into the French top flight for the 2020/21 season.

Once tipped to become the next Zidane, the son of current Nantes manager Christian Gourcuff was a marvellous, unique talent on his day, a pure #10 with extraterrestrial technical capacity. This was best showcased during his time at Bordeaux, his career elan. His languishing and awkward gate, reminiscent of Mesut Özil’s, lulled opponents into a false sense of security when it came to trying to dispossess him. However, his dexterity with both feet enabled him to pass the ball on with rapidity. As the decade dragged on, the European game became more physical, and the importance of #10s waned. Gourcuff’s lack of an imposing frame hurt his stock, and after a brief spell with Dijon after an injury-full time at Rennes, he retired and recently obtained a tennis licence.

French football’s piñata, Giroud is a one in a million player who has had to fight for everything he has got in this dog eat dog world. Unfancied, largely because of his minimal pace and the target on his back which developed as he just happened to be the main beneficiary of Karim Benzema’s national team exile. There is frankly nobody better in the world at what the current Blues player does – sensational hold-up play, aggressive in the headed duel, but with remarkable technical ability for an individual so big, Giroud is both the beauty and the beast. Essential to Les Bleus’ attacking move construction at the Russia World Cup, individuals with an inherent understanding of football will remember him as the most amazing French player of this generation.

Check out the existing pieces in this series: