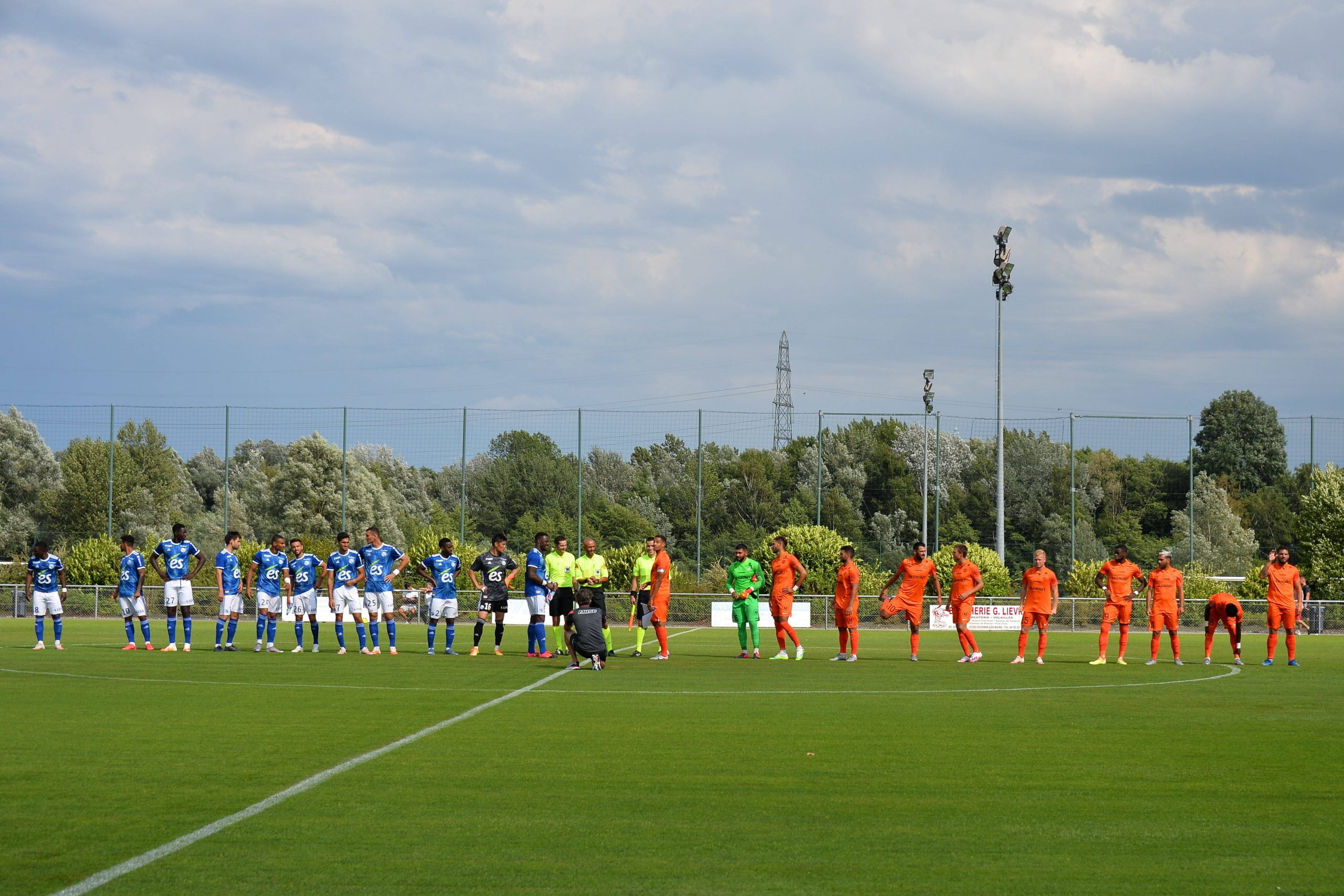 Over the past week a string of coronavirus cases recorded at Ligue 1 clubs has forced the cancellation of numerous friendly matches. The revelations sparked concern over how the Ligue de Football Professionnel (LFP) will safeguard against similar occurrences during the season when faced with rising cases throughout France and the possibility of a second wave predicted to arrive in autumn.

Two weeks away from the start of the Ligue 1 season and the reality of the coronavirus pandemic is weighing heavily on professional football in France. All of Montpellier, Strasbourg and Nantes have recorded cases within their teams and as a consequence been forced to abandon friendly matches.

While the origin of the cases cannot be confirmed there, has been plenty of speculation that the five infections in the Montpellier side are linked to a 28 July friendly with Strasbourg. MHSC tested their players and staff prior to the match and obtained no positive results, while the Alsace club’s last batch of testing occurred in advance of a friendly against Nîmes five days earlier.

In a statement Montpellier highlighted Strasbourg’s lack of testing stating, “MHSC took note that our opponent, Strasbourg, did not redo tests before we played and today count nine cases in their team.”

The letter notes many clubs experience a breakdown in communication between the health referent, the team doctor and the first team, while also raising anxieties over testing times, as France’s laboratories remain stretched.

In response to the increase in cases and the AMCFP, the LFP released a statement to the AFP – obtained by L’Équipe – in which it noted that it was reassessing its coronavirus protocols and would be announcing a revised set of procedures in the coming days.

The outbreak raises broader questions about how the LFP will shield the professional leagues against rising coronavirus cases throughout France without instituting a ‘bubble’, or at the very least, limiting the movement and daily activities of its players.

A 27th July report published by the Conseil scientifique warned that the coronavirus situation in France was “controlled, but fragile” and noted that, at present, the future of the virus remains largely in the hands of citizens and their ability to abide by current public health measures.

The report goes on to state “it is highly probable that a second wave will be seen in autumn or next winter.” This comes on the heels of an increase in cases throughout France; numbers from the European Centre for Disease Control indicate the country is experiencing its highest seven-day rolling average since April.

Trying to maintain a sterile atmosphere on the playing surface when faced with an uptick in cases across general society is already proving to be a complicated task. Strasbourg team doctor, François Pietra, noted in a conversation with L’Équipe following the friendly with Montpellier, that despite following the protocols “to the letter” they still experienced infections. He went on to mention that it was impossible to determine the origin of the “contamination” as that the virus “circulates everywhere.”

In the United States, Major League Baseball is attempting to complete a truncated season without the security of a ‘bubble’ and recently experienced a rash of cases in eight of its teams – forcing the postponement of a number regular season games.

In a memo acquired by CNN from the league to its teams, several new rules were put in place to try and mitigate the spread of the virus, including players being “prohibited from visiting bars, lounges, malls, or other places in which large groups gather.”

When asked by Get French Football News if they were entertaining the possibility of any such restriction, the LFP failed to respond.

The gentle shift from lockdown toward regular life remains a complicated obstacle for countries and governments around the world. Up to this point, sports has largely removed itself from this process by instituting bubbles and more targeted, regular testing. However, as the LFP is discovering, the transition of players and staff from the controlled environment of the pitch to the less restricted reality of daily life is presenting new and complex challenges in the coronavirus era.

FEATURE | Stephy Mavididi ruffled feathers to move to Montpellier – will it be worth it?