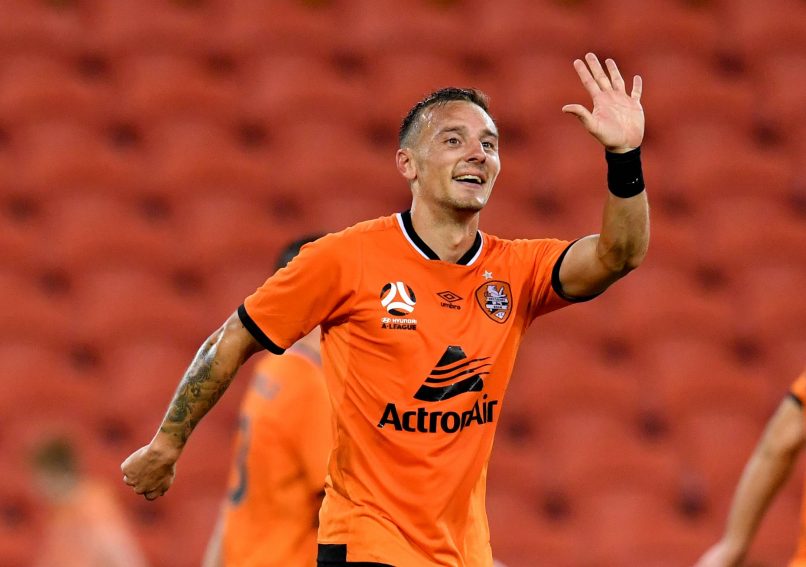 Speaking in an interview with Le Bien Public, 32-year-old French winger Éric Bauthéac, who currently plies his trade at Cypriot side Omonia Nicosia, revealed that he has for years been victim of identity fraud, with a internationally-wanted terrorist hijacking his identity.

He first became aware of the problem in the summer of 2017, we he joined Brisbane Roar FC in Australia. His contract was signed without any hitch, but the local authorities are dragged their feet for weeks on the issue of his visa. The club even had to enter into discussions with the country’s highest authorities to be able to be granted the permit to work.

“At the time, we thought it was weird, we didn’t know why.”

The story became stranger when he first arrived in Queensland: “I was stopped at customs. They checked my passport for 5-6 minutes. Normally, you arrive, you give your passport over, they scan it and you leave. At the time, I thought to myself, the Australians are precise, but not more…”

Once the Australian season was over, Bauthéac went back to Nice for the summer holidays in 2018. Customs hold him up at the French airport, but thankfully his face is recognised by the customs agents, as a former player of local club OGC Nice.

“Éric, you know per our instructions we are supposed to take you to the police station and not even let you enter French territory. At the time that you were playing for Dijon, someone stole your identity and since then has pretended to be you. But that is not even half of it, the person who stole your identity is wanted all over the world. The individual is being pursued for engaging in acts of terrorism.”

“At the time when you were playing in Dijon, there was someone who usurped your identity and since he pretends to be you,” the authorities explain to him. And to continue: “This is not the worst. The one who has usurped your identity is wanted all over the world. The individual is indeed chased around the world for acts of … terrorism.”

He has just had another bad experience whilst returning from Cyprus, via a stopover at Frankfurt – he was taken into custody for 45 minutes: “They searched from top to bottom, my suitcases as well.”

“I arrived in Germany at 5pm on Saturday and I was due to fly to Paris at 8:30am on Sunday. In the meantime, I wanted to check in to a hotel and come back the next morning. But they didn’t let me out of the airport.”

As a result, he was forced to sleep for the evening on a bench in a deserted airport terminal – with a friend and another Frenchman who plays in Cyprus, with both deciding to stay with him.

There is no way around this issue for an exasperated Bauthéac:

“I have redone my passport, my identity card, I still have the letter of complaint with me (where he outlines the fact that his identity has been stolen). Aside from that, I have no solution. Until such time that this person is caught, I will continue to be bothered by this. I can’t believe it, I don’t want to do this my entire life.”