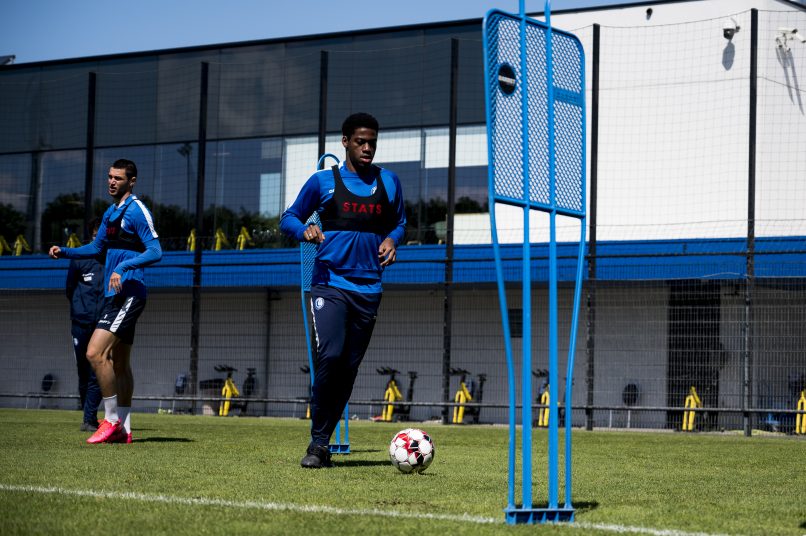 The player himself does not understand why the Belgian club are not allowing him to join Les Dogues, who have received a €25m bid from LOSC, who have offered the player a 5-year contract.

Can you confirm that you want to join Lille?

Yes, I want to come to Lille. I have had a very good season. For me, my next step, is Ligue 1. And the footballing project at Lille is fantastic. They are a very good team in France.

How is the Belgian club responding?

Talks are difficult. The club says they want to keep me. Or be ready to sell me for a price that I don’t think is realistic (at least €30m) when you take into account the COVID-19 situation. That is making negotiations complicated. In any case, I made it clear that I want to go to Lille. They said to me that they would not block me. At the start, things were going quicker. Now, everything has slowed. As if they are waiting for a better offer. I don’t know where that is supposed to come from.

Why Lille and not another club, in Germany for example?

The Lille project interests me. I already speak French. That will help during my adaptation period. And Lille is very close to Gent geographically. So I will be able to concentrate on the pitch.

What type of attacker are you?

I am not a player who plays as a pivot. I like to place myself between the lines. To make runs from deep. Receive the ball to feet, my back to the defence. I know what type of number nine that I am.

Do you know the French league?

I watch the matches, I know it quite well. But to speak at greater length about it, I will have to play there.

How are you going to respond if the Belgian board remains inflexible?

I would like for things to resolve themselves as quickly as possible. To get familiar with my teammates and the style of play that will be in place. I can be ready and adapt very quickly to put in good performances. Honestly, I do not think that there is a lot of respect on the part of my board. It would be quite logical for them to show some, because I arrived at Gent for free. The club didn’t pay a transfer fee. I gave everything that I had. Lille came with a very respectable offer when you consider the current health crisis. I do not understand these complications.

Why has agent Mogi Bayat entered the talks?

My agent brought the offer to Lille. I have heard it said that another agent was mandated by Gent to negotiate for them. I don’t understand. It is up to Gent to explain themselves. Me, I would now like things to advance.