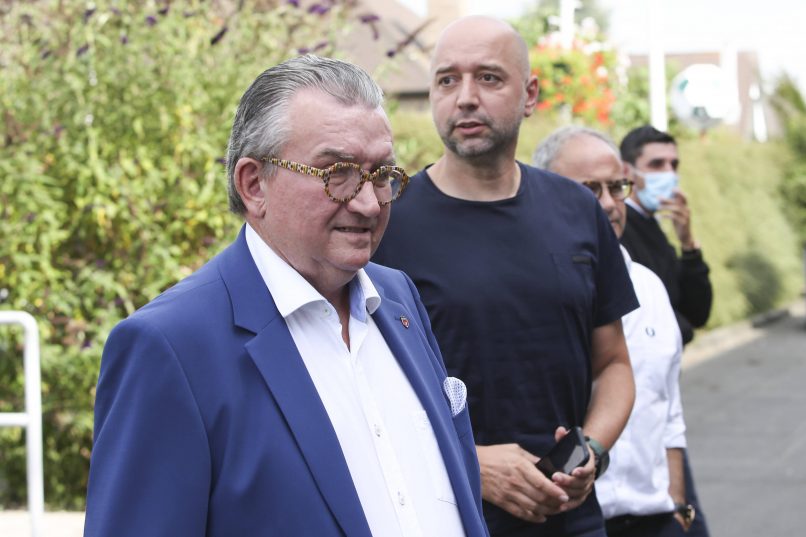 Talks between Elliott and Lopez occurred last night in London, with the American investment fund becoming increasingly concerned about being able to see a return on their loans of around €225m, which was due to be paid back in full by next summer.

Talks are continuing today and they should be concluded by Wednesday night, in the best scenario, in 48 hours times at worst. A press release, which has already been ready for several days, will be sent out imminently confirming Lopez’s departure. It will thank Lopez and indicate that a new structure, presented as a new fund, will buy the debt from Elliott.

The company is going to be called Kalisto Sporting SARL, set up as a subsidiary of Merlyn, a holding company. The meeting with the DNCG has been postponed, having been due to occur tonight, so that the new structure, led by Olivier Letang, can present its project to the DNCG with a bit more time.

It is currently unclear whether this Luxembourg-based Merlyn vehicle is the Merlyn Advisors fund that Bloomberg wrote about in 2019, which Petermann was then seeking to set up:

“Maarten Petermann, who spent nearly two decades at JPMorgan Chase & Co., is preparing to start a hedge fund with at least $500 million of assets. The Merlyn Advisors fund will bet on so-called special situations such as spinoffs, mergers and acquisitions, bankruptcy or distressed companies in Europe, according to people with knowledge of the plans. He was head of special situations in Europe at JPMorgan Chase before leaving the firm earlier this year.”

Maarten Petermann is in any event the man behind Kalisto, a 42-year-old ex-JP Morgan banker, the bank that also loaned Lille money. Petermann has also been an advisor to Elliott historically as it relates to matters of Argentinian debt. One of Petermann’s associates is the Italian Alessandro Barnaba, adviser to American billionaire Dan Friedkin, who recently took over AS Roma. Petermann once said at a Latin-American conference in 2015: “Debt restructuring is like a divorce – you make the right framework, but it’s always going to be messy.”

On Tuesday evening, the coaching existing staff was told not to fear for their positions, including manager Christophe Galtier. The new ownership intends to try to retain the services of Luis Campos according to sources contacted by Get French Football News, but whether or not they will manage is another matter.

Lille have already repaid €102m of the €225m they borrowed from a combination of JP Morgan and Elliott. This is on top of them needing to pay back loans taken out on the Luchin training ground and some historical debt taken out by former owner Michel Seydoux from Crédit Mutuel Nord Europe – in totality, these additional extraneous debts are believed to amount to €50m and €60m.

Elliott’s intervention has occurred as they were concerned that they would not be receiving the €123m unpaid by summer, when it was due, owing to the economic crisis facing French football. The new project intends to make major sales in the January window.