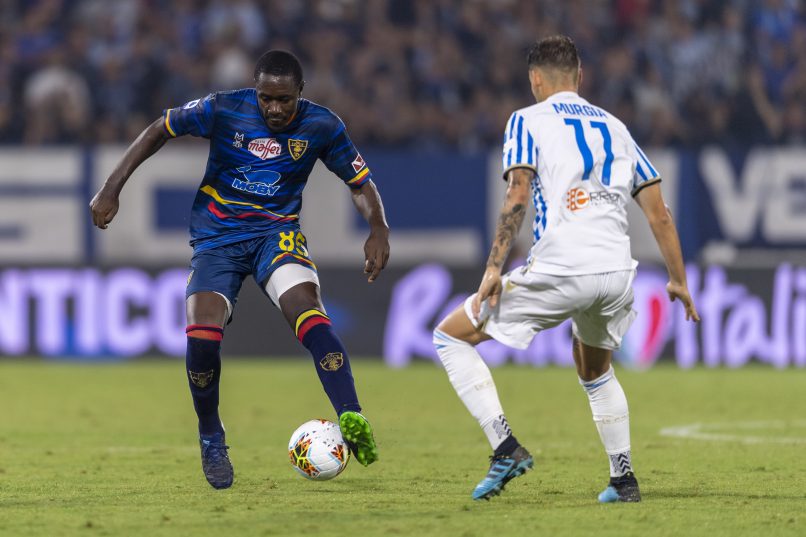 L’Équipe report that an individual, called Morgan B., has accused former Marseille and Stoke City midfielder Giannelli Imbula for stealing his car.

Morgan B insists that he bought the “Audi RS 3 break” from the player in June 2018, and has filed two legal complaints against him for stealing it and taking it back. On Imbula’s side, he took legal action in autumn of 2018 against this character for blackmail, fraud and attempted fraud.

The Congolese international made his legal complaint via mail to the relevant authorities, then a player of Rayo Vallecano in the Spanish 2nd division. In June 2018, near Toulouse, Imbula ends up being a victim of a road accident, in the now infamous Audi RS 3 break, being at the time driven by his cousin. Police were not called to the incidents, with the occupants of the other car having dashed off. The Audi was left damaged and Imbula cousin then proposed to the player that he contact “a Toulouse friend” who knew mechanics to see if they could enact some repairs. This individual turned up to the seen of the accident, “the friend” in question being accompanied by another man. The player claims that this individual was Morgan B. This individual would then go on to explain that he ran a sizeable firm in this space and that he knew a way to ensure that Imbula would not lose any money.

Morgan B then proposed that he bring one of his trucks to damage the Audi a little more, then for him to take responsibility for the accident. Morgan B would then get his insurances company to pay for the damages. Imbula agrees, without knowing, he swears, that he had just agreed to partaking in an insurance scam.

A few weeks later, the player began to grow worried after having not yet received his car back from his “Good Samaritan.” In his letter to law enforcement, Imbula explained that Morgan B justified his silence to him by claiming that, that he was arrested by the police and then placed in police custody after a complaint from his insurer who allegedly smelled a scam.

At the same time, Morgan B is said to have asked Imbula to send him the vehicle registration certificate and to give him a certificate of sale of the accident-damaged Audi in order to prove to the police that he is indeed the owner.

“He said to me don’t worry about the papers, that it was just in case, just to show the police officers that everything was in order, and then we would reinstate everything. I believed him.”

Still without any news in September 2018, Imbula decided to use a geolocation tool in the Audi itself to track its location to a road in Toulouse, before his cousin went to pick it back up, having had a second set of keys. After discovering that the Audi had gone, Morgan B reported it as a theft. In October 2018, the car, reported stolen, was finally found by the police near Argenteuil (Val-d’Oise), during a roadside check, while the player’s brother was behind the wheel.

Contacted by L’Équipe, Morgan B. vigorously denied having developed any scam and certified that he had simply offered Imbula to buy his damaged car. “My client denies any insurance scam,” said Morgan B’s lawyer Simon Cohen. “He acquired this car for €30,000, in two instalments of €15,000 in cash. He has a certificate of sale and another certificate of sale of the vehicle which proves that he is the owner.”

Asked about this claim, Giannelli Imbula did not wish to speak. His lawyer, Jean-Jacques Bertrand, said his client was waiting “for the end of this case with great calm.” The coveted Audi has finally been recovered by the footballer, but he cannot use it until this matter has been resolved.