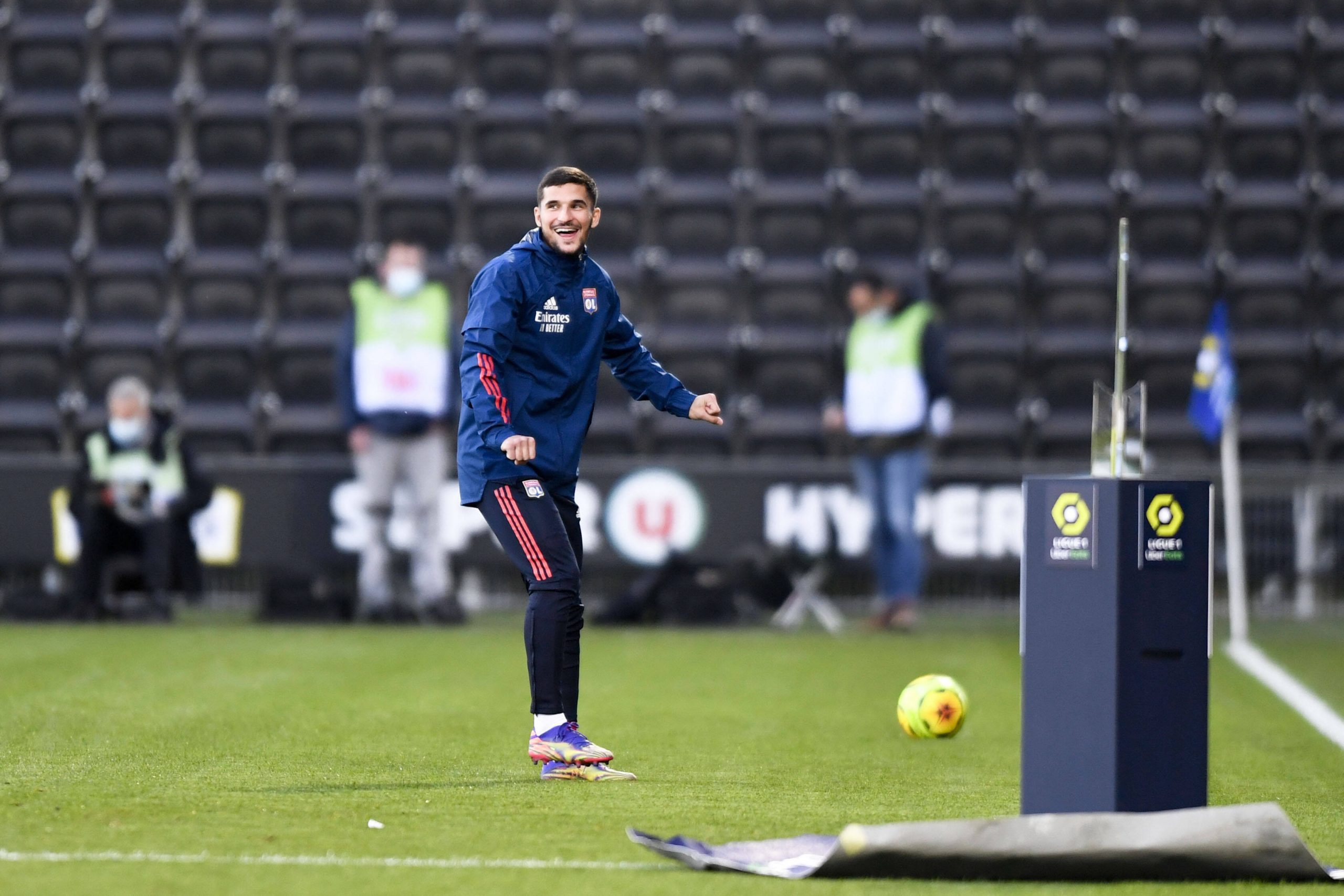 L’Équipe du Soir report that Lyon attacking midfielder Houssem Aouar will not be in the squad to face Reims this weekend as a sanction from Sporting Director Juninho.

The 22-year-old chose not to put in the required fitness work in the warm down following the match against Angers, in a match in which he did not come off the bench as a substitute in.

The Lyon dressing room was informed of this news on Wednesday morning, even if Aouar had already been warned by the board that this was coming.

Players have reacted with astonishment to their various entourages upon hearing the news in the last 24 hours.

At the end of the match vs Angers, the media debate was however rather focused on the premature return to the dressing room of Melvin Bard and Rayan Cherki, after being substituted off shortly before the hour mark, a sequence that was picked up by the television cameras. A furore that was without fire as both of them had been told by the coaching staff that they could sit on the subs bench or go for an early shower. They chose the latter option, with Lucas Paqueta, who was substituted off at the same time, deciding to remain on the edge of the field rather than joining the duo in the dressing room. Aouar, who warmed up for a little while in the second half, joined Bard and Cherki in the dressing room a few minutes before the final whistle.

At the final whistle, Rudi Garcia’s assistant Claude Fichaux came to get Aouar from the dressing room so that he returned to the pitch to do the warm down, fitness work with the other players who had not played. This 30 minute warm down was pre-scheduled by the staff in order to keep the fitness levels up of the players who did not make an appearance, with the players being given a rest a day on Monday.

But Aouar refused, citing the poor state of the pitch as his reasoning. This annoyed the staff, who have become used to players sulking about warm down training sessions this season, but had yet to be confronted by a situation of a player flat out refusing to partake in one. Director of Football Vincent Ponsot and Sporting Director Juninho thus have decided to punish Aouar, with the consent of President Jean-Michel Aulas.

Aouar, who spent the last international break treating a small pain in his adductors, only trained with the squad on Friday and Saturday last week. He will not return to Ligue 1 action before the trip to Metz on December 6th at the earliest following the trio’s decision to exclude him from proceedings this weekend vs Reims. That is, a month after his last appearance in the derby against Saint-Etienne (2-1, November 8).

Aouar must also deal, this season, with the frustration of not having received a firm offer last summer, after a strong set of appearances in the Final 8. On the transfer list in summer with the agreement of Lyon, the Frenchman had hoped to join a big European team. Arsenal were “too timid in their approach,” PSG were targeting him for next summer and Juventus would not meet the €50m asking price that OL had slapped on the player’s head. If Aouar can rediscover form, currently contracted until June 2023, he could still fetch a big price in the coming transfer windows.