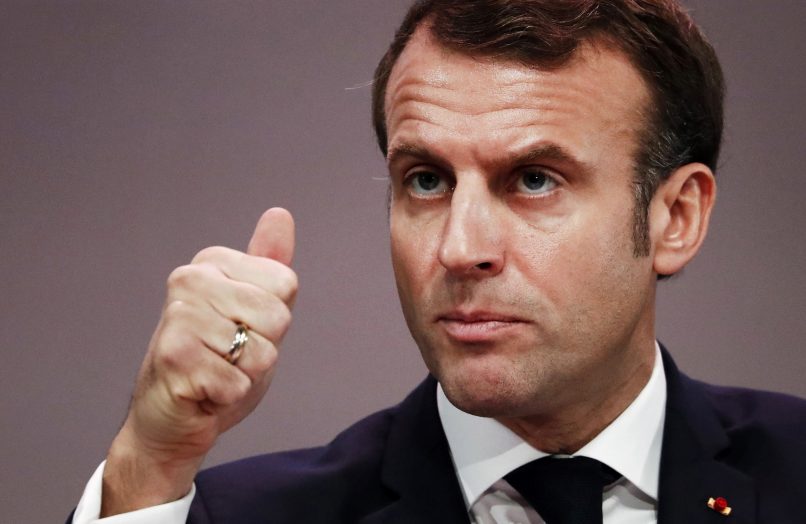 Today at 13:00, the national court began to hear the cases put by Lyon, Toulouse and Amiens which seek to challenge the premature termination of the 2019/20 Ligue 1 campaign. The outcome of these cases will be heard between 10th to 12th June.

After another week filled with Ligue 1 club presidents claiming that the government forced the LFP to terminate the season, countered by the French government saying it was the LFP who made this decision, it is clear that the phrase uttered by Prime Minister Edouard Philippe on 28th April: “The 2019/20 professional sports seasons, notably football, cannot restart,” has become a key bone of contention in the ongoing French Football Farce.

Le Parisien claim today that it was in fact French President Emmanuel Macron who personally took the season to end the 2019/20 Ligue 1 and Ligue 2 campaigns. In the first instance because of the obvious health risks attached with continuing to play, at the time at which quarantine was in its infancy.

However, Macron also elected to consult with four key figures before making his decision, owing to his personal relationships with them – at least 50% of them, notably Marseille President Jacques-Henri Eyraud and Paris FC owner Pierre Ferracci, had a footballing interest in seeing the campaigns end there. OM, because they would be guaranteed Champions’ League football, and Paris FC, because they would secure Ligue 2 status for another season after a very complicated campaign during which they spent the majority of it rooted in the relegation zone but just so happened to lie in 17th place when quarantine set in.

Described by the newspaper as an approach taken by Macron so that he could hear from representatives of the three main families of French football: lower leagues, the top tier and the national team set-up. Macron believes that he has successfully negotiated the COVID-19 crisis for football through making government schemes like partial employment and the state-guaranteed loan systems, available to the sport’s main bodies.

Le Parisien reveal today that Pierre Ferracci regularly called Emmanuel Macron in a bid to convince him to move to terminate the 2019/20 season with immediate effect. Ferracci’s son, Marc, is an economist and was a witness at Emmanuel Macron’s wedding, with Macron also having been at Marc’s wedding. Marc was Macron’s Chief of Staff when the politician was the Minister of Economy under François Hollande. The intimate relationship between Ferracci and Macron is undeniable, however Ferracci has sought to deny any lobbying of any sort:

“Each person is free to invent fantasies to make it forgotten that certain individuals put considerable pressure on the Minister of Sports and the government, using financial arguments and health arguments that largely contributed to discredit the possibility of a return to action. My position has always been clear and public. Since the beginning, I asked that we study the impact of a permanent cessation of the season, which was not done, sadly. And, at the end, I asked for it to be stopped because health conditions were not present for a return.”

Didier Deschamps’ counsel was also sought after by Macron, who knows the significance that the manager of the French national team holds for the country’s football fanatics. Concerned about the health of players and the unrelenting rhythm required from them, which regularly brings about injuries that prevent players from representing the French national team, Deschamps viewed it as wiser to give players a rest rather than running from one season straight into another. Of course, the majority of his squad does not play in Ligue 1, but it still afforded him the possibility of getting longer rest periods for individuals like Kylian Mbappé, Léo Dubois, Steve Mandanda, Wissam Ben Yedder and others.

FFF President Noël Le Graët appears to have been more exigent in his desire to get the Ligue 1 and Ligue 2019/20 campaigns terminated, having made multiple phone calls to Macron to achieve this. On 16th April, the FFF 12 days before Édouard Philippe’s announcement terminated all amateur competitions and made a very strategic move on 28th April to do an interview with Le Télégramme in which he announced that Ligue 1 was over before the LFP could meet 2 days later to make their own determination.

Marseille President Jacques-Henri Eyraud was Macron’s last port of call, having lobbied the French president to bring about the end of the 2019/20 season because Champions’ League football for OM was going to be critical in overcoming the €127m losses that the club is understood to currently be presiding over. The Elysée has denied such contact, but Le Parisien stand firm. Macron is well-known to be a Marseille supporter.

UEFA are still yet to announce a formal date by which 2019/20 league competitions must be brought to an end, despite the persistent claims from Minister for Sports Roxana Maracineanu that the government was forced to end the Ligue 1 and Ligue 2 campaigns because the European body had insisted that 3rd August was the cut off point for all action to be completed. This has been proven to have been incorrect, it was merely a suggested date during a UEFA Executive Committee video-conference which is believed to have been devastatingly misinterpreted by the FFF Director General Florence Hardouin.

To understand the financial severity of what is at stake following the decision not to terminate the 2019/20 Ligue 1 campaign, listen to this podcast.