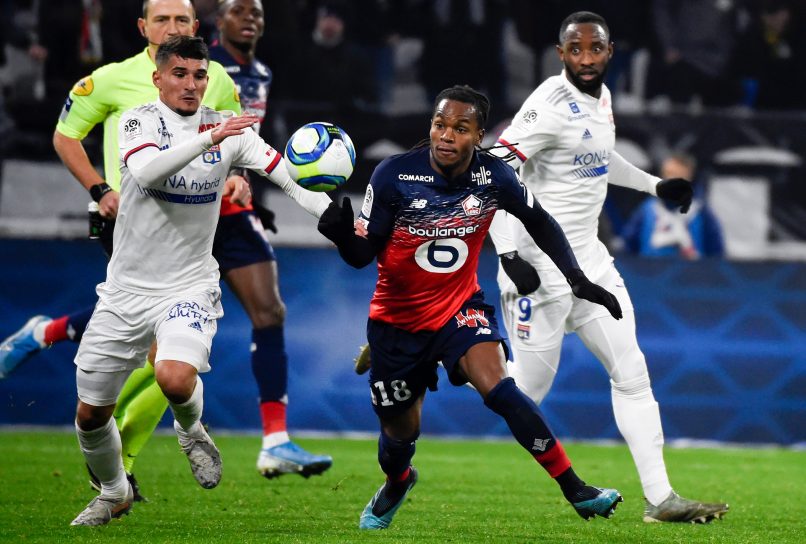 Even though the new season has kicked off in all major European leagues, clubs are still allowed to make some last-minute changes to their squads. Since this year’s transfer window closes on October 5, there is still some time left for managers to figure out which players might be the missing pieces to their teams’ puzzle. In fact, Mikel Arteta, the manager of Arsenal FC, seems to have found the right one; apparently, he has set his sights on a young Lyon star, Houssem Aouar.

What’s Been Happening So Far?

According to Transfermarkt, Aouar’s current value is around £44.5 million. Nevertheless, Arsenal has started the negotiations by sending a £32 million bid that was rejected by Lyon. They have even offered to swap the Lyon midfielder for another French youngster who still hasn’t proved himself at Arsenal — Matteo Guendouzi. This deal has been rejected by Lyon sporting director, Juninho, who stated that Guendouzi simply didn’t fit their system, despite being a fine player.

Now, Arsenal is planning on upping their game by offering £4 million more, plus an additional £9 million in potential add-ons. However, as the French team is expecting at least £40 million, it is not certain whether this amount will be to their liking.

Still, Arsenal fans remain hopeful, which is why they have bombarded Aouar’s Instagram page with comments inviting him to London. Moreover, even the Arsenal captain Pierre-Emerick Aubameyang seems to have boarded the hype-train, as he stated he wanted him on the team in his interview for Canal+.

The question is — are their efforts going to be successful?

How Would Aouar Fit in Arsenal’s System?

For years, Arsenal has been struggling with their midfield. In the post-Wenger era, many good midfielders have arrived at Emirates — Henrikh Mkhitaryan, Mesut Özil, and Lucas Torreira being some of them. Unfortunately, not many among them have risen to the occasion, which is why the north London club is still lacking depth in this part of the pitch.

This is probably why Aouar has been seen as the missing link. In recent years, Arsenal has lacked a creative midfielder who would make a difference. The club has relied heavily on Mesut Özil who, unfortunately, has been playing less and less. Dani Ceballos has also proved to be a skilled key-passer, averaging 1.2 key passes per game last season; however, his role was more defensive in the final weeks and months of the 2019/2020 campaign.

Therefore, this is precisely where Aouar would fit perfectly. His creative abilities would be greatly appreciated by both fans and his teammates, as he would be positioned closer to the penalty area, thus potentially contributing to many goals.

Last season, Arsenal finished below the desired 4th place — with only 56 points, they barely managed to settle on the 8th position. However, we should cut the team some slack, as they were led by three different managers in just one year. Namely, after Unai Emery was sacked in November 2019, Freddie Ljungberg, a club legend, was employed as an interim manager. Only a month later, the club got a new head coach — another former player, Mikel Arteta.

It shouldn’t come as a surprise that the club struggled last season. However, this year, things seem to be looking brighter. According to bookies such as comeon.net, they are likely to make it at least to the top four. If they manage to get a trophy and a Champions League spot, the following season would probably be considered successful — and Aouar could definitely contribute to that.