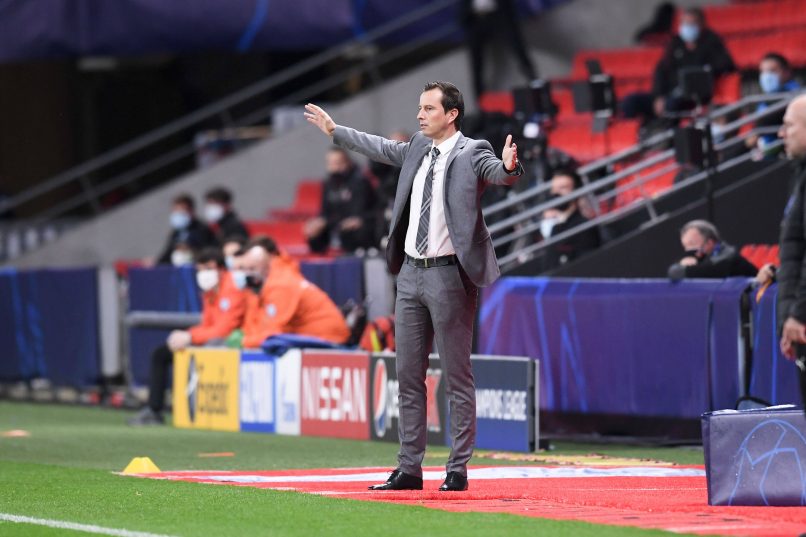 Speaking to reporters following a 1-0 loss to Sevilla, Rennes manager Julien Stéphan explained where his side would go next.

It was a difficult night, against a very strong team, who were able to control things as a collective. We tried to be as organised as possible. My only regret is to not have pushed in certain situations with the ball. This is not going to diminish the courage and determination of our players. The injuries (to Rugani & Bourigeaud) did not help things, it did not stop me from taking other options in the 2nd half. But that is not an excuse. We came up against a stronger team.

On if this was a lesson from Sevilla:

It is obvious, Sevilla are a great team who controlled a lot and have maturity. At the end of the match, they froze the ball for the final minutes. This is the first time that we are here. We are going to learn enormously from this match, even if it was difficult for us. Alfred (Gomis) had a great game, he allowed us to stay in it for a long time. I am frustrated by the way in which we conceded the goal, it could have happened differently. I think that we could have managed it better.

On what the team was missing:

We missed control, especially when we recovered the ball. We had set ourselves 3 or 4 objectives, to allow ourselves to be strong in transition and to play in the opposition half. We did not have enough chances. We wanted to stay in the match for as long as possible. Sadly, we did not create the big opportunity which would have allowed us to score.