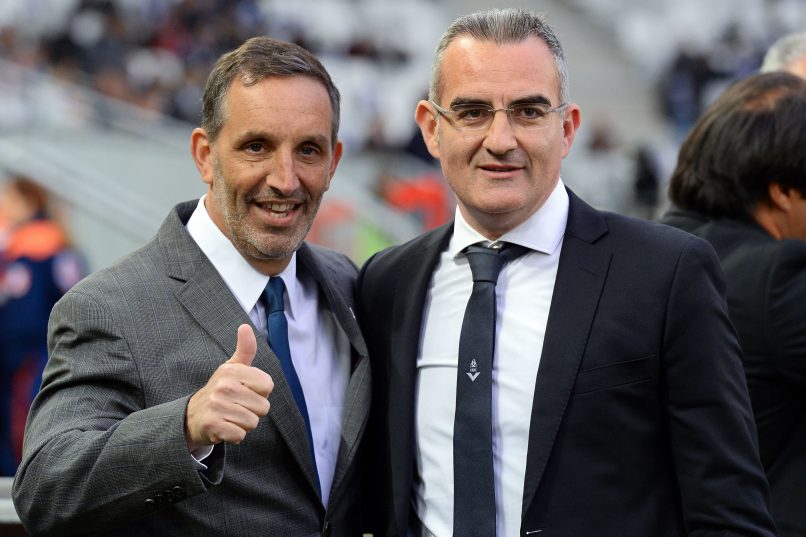 The following is a translation of a YouTube video published two weeks ago by independent journalist Romain Molina, who provided his insights on the myriad of French clubs trying to find new shareholders. In his view, such a search for new investors is often not motivated by a desire for footballing glory.

When we think about the purchase of clubs, the first thing that comes to mind is the term “majority shareholder.” In other words, the person (or the investment fund) willing to acquire more than 50% of a club’s shares in order to become its new official owner. But we tend to forget that, nowadays, the search for a majority shareholder actually isn’t as common anymore. It’s the search of a minority shareholder that is taking precedence. I would be tempted to say that this is now the priority of French football club presidents. It is a utopia, and you’re going to understand why… due to the mess that such a process ends up being.

In France, there are many ongoing active negotiations over possible club sales: we could mention Toulouse, Caen, Valenciennes, and Troyes… And other numerous teams looking for new buyers: Auxerre, Le Havre, Marseille obviously, Bordeaux… Anyway, a lot of teams are searching. In the football business, everybody knows it, and it’s normal because a lot of presidents are first and foremost entrepreneurs. So, when there’s an offer on the table, they’ll listen to it.

But what they are predominantly looking for, is a minority shareholder. From Strasbourg, to Paris FC and Red Star, they’re all hoping for a minority shareholder, thinking that OL’s situation in 2017 could happen again, to them. What happened with Lyon in 2017? Firstly, we’re talking about a very financially stable club, with a vision, a project and quite regular at the European level. Those are very reassuring elements for investors. OL managed to attract a Chinese group to acquire 20% of the club’s shares by investing, if I’m not mistaken, €100m. So, many clubs wondered: “if Lyon are able to attract people eager to put €100m on the table and still remain someone who has minor decision-making power, why couldn’t we too?”

As you can see, it is mainly an “ego issue.” Lyon’s business model and everything they’ve done behind the scenes, nobody else has managed to replicate. The only other club, in France, that could attract minority investors is PSG. Why? Two things: the first is that, in the business world, firms buying other companies’ shares without really having a decision-making power is a very common thing. It is pure financing and investments [to earn a profit]. People in the footballing world started thinking: “why wouldn’t that work in the football industry? Because clubs are, after all, big and wealthy companies…”

In this industry, there are some established companies. The Premier League for example, with clubs able to generate a positive business model. Because, to make things clear: most of the football clubs today are losing money. They’re losing money before making transfers. So, this doesn’t really assure investors. Another thing: let me remind you that football’s economy is irrational. That is another element to take into account.

For example, a club like Wolves is becoming a colossus in the Premier League and has a lot of ambition. They’re actively looking for a minority investor despite being owned by a very strong and steady Chinese group (Fosun). Their search for a minority shareholder is for synergy and to springboard into partnerships with other big companies. But the Premier League is on a completely different planet. It is impossible to compare it with other leagues. Even with la Liga.

So now, let’s talk about the countries we’re interested in: French-speaking countries, and mostly France. A country that is driven mad by football. A sport that made hugely respected investors/businessmen, who made millions, go crazy. Why? It’s simple.

Take Saint-Étienne or Nantes as examples. They’ve been looking for minority shareholders who would be willing to invest but stay quiet. And this poses a big problem. Because these potential investors would like to have a right to inspect, and to make decisions in, the clubs they’re investing a lot of money in. Why? Because football is irrational, it provokes passion and feelings. And investors want to participate in the game. After having invested money in a club, they consider that they are in a position to control and decide.

Take Saint-Étienne. They had been searching for a minority shareholder for a long time and an American firm was interested. This firm’s plan was to be the minority shareholder in the first place, and then, after several seasons, become the major one. Also, the presidential duo of Saint-Étienne, Bernard Caïazzo and Roland Romeyer would have had, progressively, “honorary” roles at the club. Romeyer had agreed, but not Caïazzo, who didn’t want to lose his throne and came back with a higher asking price.

You can see the same kind of situation with Nancy. Jacques Rousselot (AS Nancy’s president) has been trying to sell his club for years, but in the meantime, never seems to have seriously considered leaving his throne and let someone else make the decisions at the head of the club. In that case, it is even more bizarre, as he was looking for majority shareholders but still had the intention to remain as president. This strange pattern can be seen at Red Star. The club’s president (Patrick Haadad) is looking for investors but wants to stay at the club. Same thing for PFC (Pierre Ferracci), etc…

This big ego problem must be considered alongside larger issues. Firstly, the loss-making situation of many clubs in France, simply discourages investors to make investments. Secondly, the price asked by French clubs’ president trying to sell. It is my understanding that Nantes President Waldemar Kita has in the past valued his club at around €140m, €150m … and let me just remind you that Caïazzo once asked for between €150m & €200m.

These farcical valuations did not exactly comfort potential investors who didn’t even bother negotiating. There are clubs in France who could credibly seek to pair up with minority shareholders. Those are “healthy” clubs, who have guiding principles, who invested in their facilities, who have a real future that could reassure investors. Strasbourg are in this position and could well be an attractive club for investors. Reims could be one of them too.

Lyon, it’s a completely different case that gave ideas to many people. But Lyon are impressively solid. They have invested in a stadium, they have things that could genuinely attract people.

And finally, arrives the second and most important point on minority shareholders. Some have tried to use the entry of minority shareholders to obtain a majority within their club and kick the decision-makers out. Something we saw at Niort, when the chairman Karim Fradin teamed-up with an investor, Jean-Louis Mornet, to take the majority of the club’s shares and most importantly, kick the club’s other decision-maker Joël Coué out. As I said, it is first and foremost nothing more than wars of egos…

There are other shareholder feuds at Valenciennes for example. Between the president Patrick Partouche (who has become the minority shareholder) and other people at the club. What will come out of this tricky situation? Same example at Caen, but with a financial hole to cap it all off…

The third type of pattern with majority shareholders is something we see mostly in National 2, National 3 (4th and 5th Divisions). Those investors can either be local businessmen or agents willing to inject cash in a club to take control.

Anyways, to sum it up, minority shareholders are, on paper, a brilliant idea to help clubs reach new heights, have bigger ambitions. On paper, it’s pretty. In reality, that’s not really the case (Lyon aside). Because it gives the existing clubs’ decision-makers an excuse to stop injecting money into the club (because they can’t, or because they won’t anymore) and, generally, it generates wars of personality that typically are never resolved.