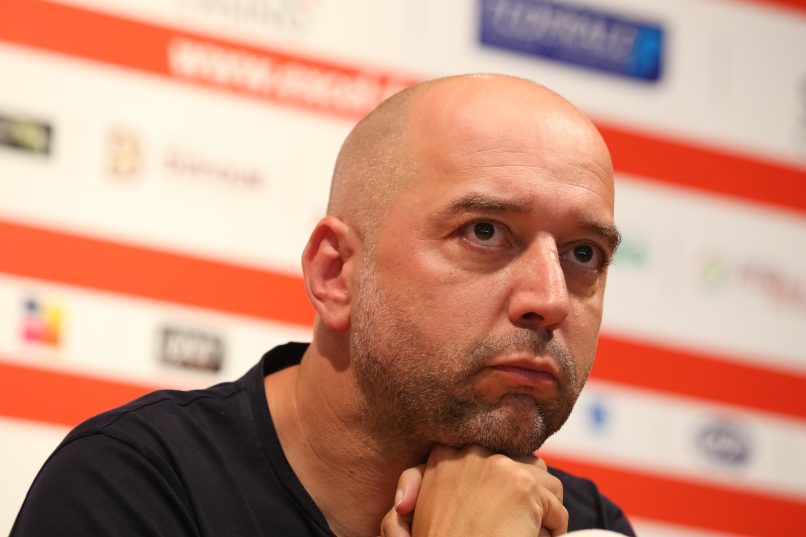 On Tuesday night, Lille President and majority stakeholder Gérard Lopez met with LOSC’s main funder, Elliott Management, to discuss the health and economic context and how it is impacting the club & French football, but more specifically the team’s mounting debt and to discuss the future of its governance.

On Wednesday night, Lille is due to present in front of French football’s financial watchdog, the DNCG, but sources contacted by Get French Football News have been able to confirm Canal Plus reporting that Les Dogues are in a majorly dire financial situation, with debts of between €130m and €200m.

Their meeting with the DNCG has long been planned, with French football’s policeman auditing clubs on a bi-annual basis to ensure that they remain financially healthy. The plan that LOSC intend to present to the DNCG is a January fire-sale initiative of playing staff.

Elliott Management have for several weeks been considering the future of their investment, after financing Lille with at least €130m in loans which Gérard Lopez claimed he intended to repay to the American outfit through the resale of players.

L’Équipe confirmed that the meeting between Lopez and Elliott Management was due to occur on Tuesday night and was due to cover COVID-19 and the withdrawal of broadcaster Mediapro. The reason for the urgency on the part of Elliott Management is that the loans that Lopez received from them for Lille were due to be paid back by August 2021, and in the current climate, the club is projected to make far less money in 2020/21 than they initially claimed they would, one source tells Get French Football News.

Lopez sent a letter to the DNCG last summer personally guaranteeing to cover Lille’s debt himself, which is why the French football financial watchdog did not take any action against LOSC back then. Last summer, Les Dogues had sought to make at least six player sales, but owing to the COVID-19 situation, were only able to sell two: Victor Osimhen for a reported €81.3m and Gabriel for €25m.

The meeting could result in a number of outcomes – either Lopez finds an investor who will buy Elliott’s debt, or Elliott will demand Lopez’s resignation so that they can introduce Lille to a buyer who, according to L’Équipe, is already totally ready to go, with even a press release already written out – if the latter occurs, then Olivier Létang, ex-Rennes President, will spearhead the new project.

This would occur through a simple contractual mechanism, after a pledge agreement was signed between Victory Soccer and its creditors Elliott and JP Morgan in September. The subsidiary of this company, Lux Royalty, which owns LOSC and which raised the funds to buy the club in the first instance, was pledged to Elliott and JP Morgan in the event of non-repayment of the loans, as reported by Yann Fossurier.

This would therefore mean that Elliott and JP Morgan would become owners of LOSC (via Lux Royalty) in the event that the club cannot repay the loans by next summer. At LOSC, this hypothesis was ruled out in early November sources seemed confident in Lopez’s ability to refinance the debt from other creditors.

If Létang came in with a new project, there would be major questions surrounding the future of manager Christophe Galtier, who was only part of the Lille project because of his fondness for Luis Campos and Gérard Lopez.

Canal + report that JP Morgan would likely continue to remain involved in the club in the new phase, but it is Elliott Management who want completely out.

La Voix du Nord add that an eventual departure of Renato Sanches in January should not be excluded owing to the existing situation, affirming that an English club made a €70m bid to buy him over summer.