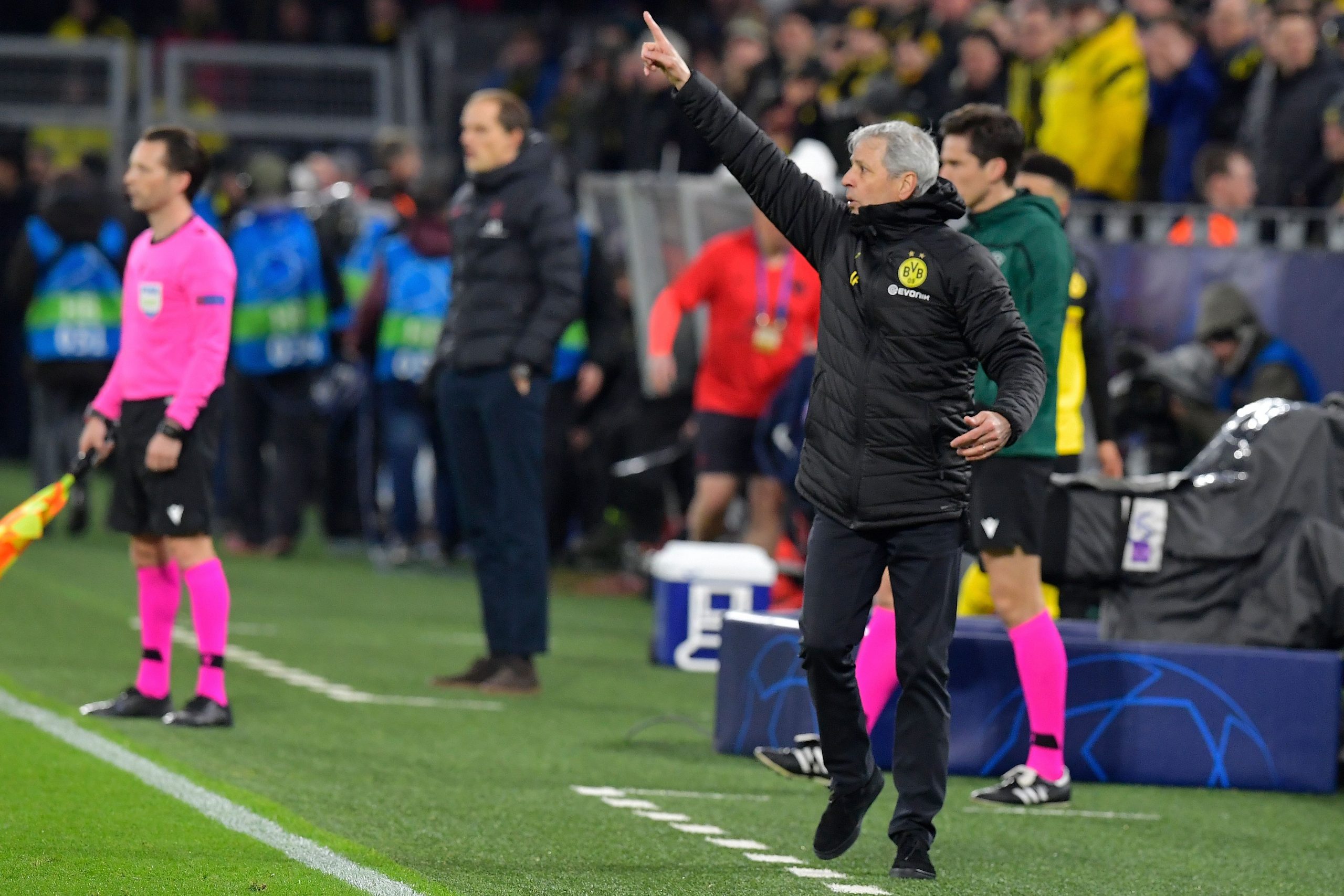 Speaking to RMC Sport, Borussia Dortmund boss Lucien Favre reflected on a successful evening for his side, who defeated PSG 2-1 in the 1st leg of their tie in their Champions’ League Round of 16 clash.

On Dortmund attacking so fearlessly:

We are used to it, we are always attracted to the opposition’s goal. We create opportunities in all our matches. And it is important for everyone to defend well at the same time, to defend the right way.

On Dortmund winning the midfield battle, notably catalysed by Emre Can:

Absolutely. It is difficult to focus on the performance on one person especially. I think that the team gave everything, that’s what counts. We played well and we defended as a team… We anticipated PSG’s system.

On replicating this match at the Parc des Princes:

We will have to play like we did tonight. Even better. It was very good. But we will need to play 90 or even 95 minutes in this very compact and intelligent way. We want to go forward to create chances. We always have opportunities to score.

Neymar: “I felt good but the club was scared. Now I suffer as a result.”