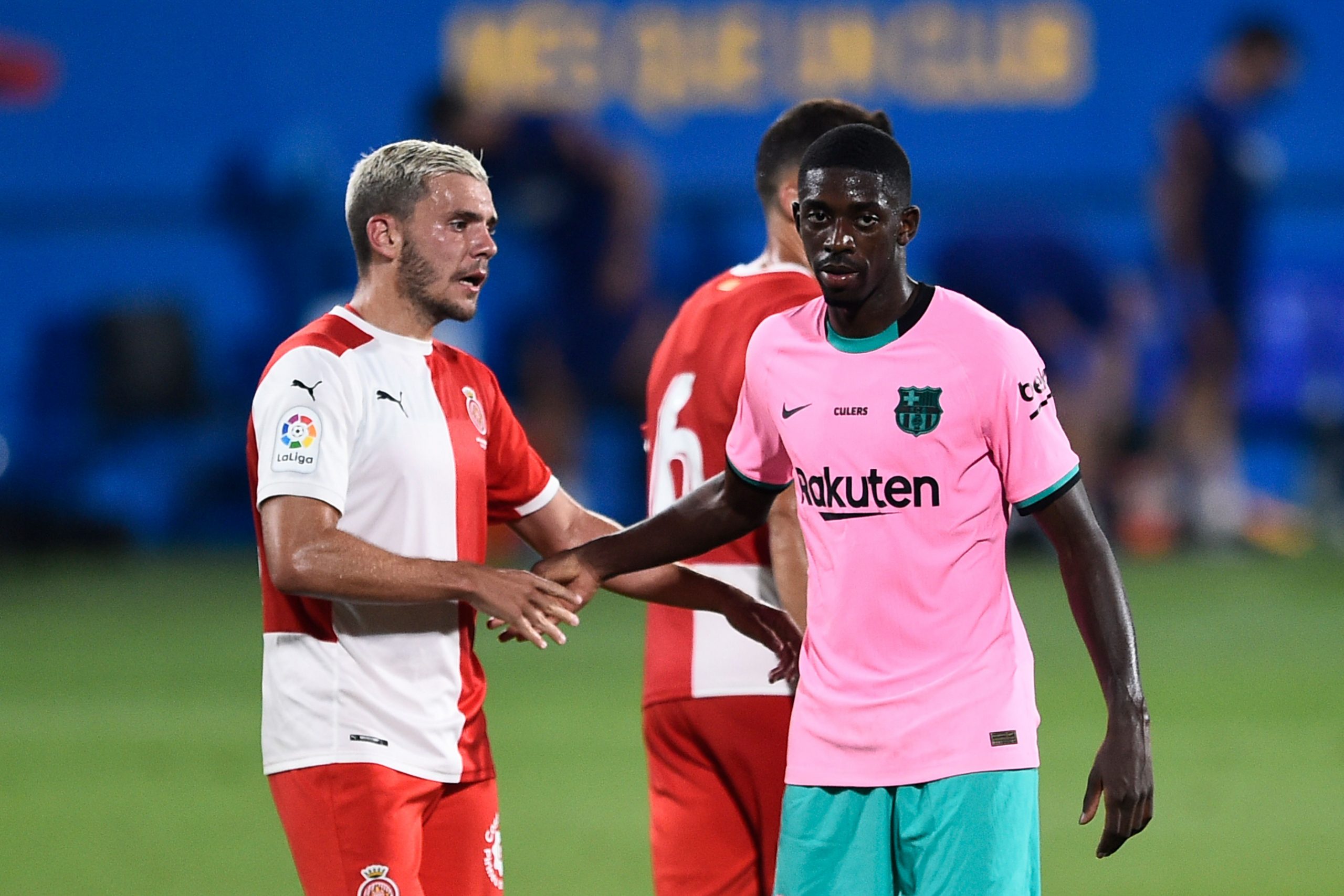 Contacts are intensifying over a possible move for Ousmane Dembélé from Barcelona to Manchester United, with the ex-Dortmund man now enthusiastic about a possible move to the Premier League, according to L’Équipe.

On Thursday evening, Dembélé remained on the bench during Barcelona’s 3-0 victory over Celta Vigo, a decision that Ronald Koeman later justified in a press conference:

“I think that Pedri and Trincao can contribute more defensively than Dembélé can, that is why they played… [his future] depends on the club and the player.”

After three failed campaigns, riddled with injuries, up until now the ex-Rennes man had decided to stay at Barcelona, despite pressures from the Catalan club’s board, he refused to part of negotiations to sign Neymar last summer – now though, he is open to discovering a new environment. He likes the idea of joining a Premier League club, he hasn’t hidden that in previous interviews. Dembélé has made enquiries about the club and the Manchester atmosphere to his France colleague Paul Pogba – in this exchange, Ous told Pogba that he was enthusiastic about a possible move to the Red Devils.

Spanish sources indicated that a provisional contract agreement between Dembélé and Manchester United is not far off.

The question all comes down to the fee – FCB want a sale of the 23-year-old, a loan does not suit them, with the Red Devils opening negotiations at around €50m. This is a size of offer that Barcelona are not interested in – Man U will have to up the bid and fast…