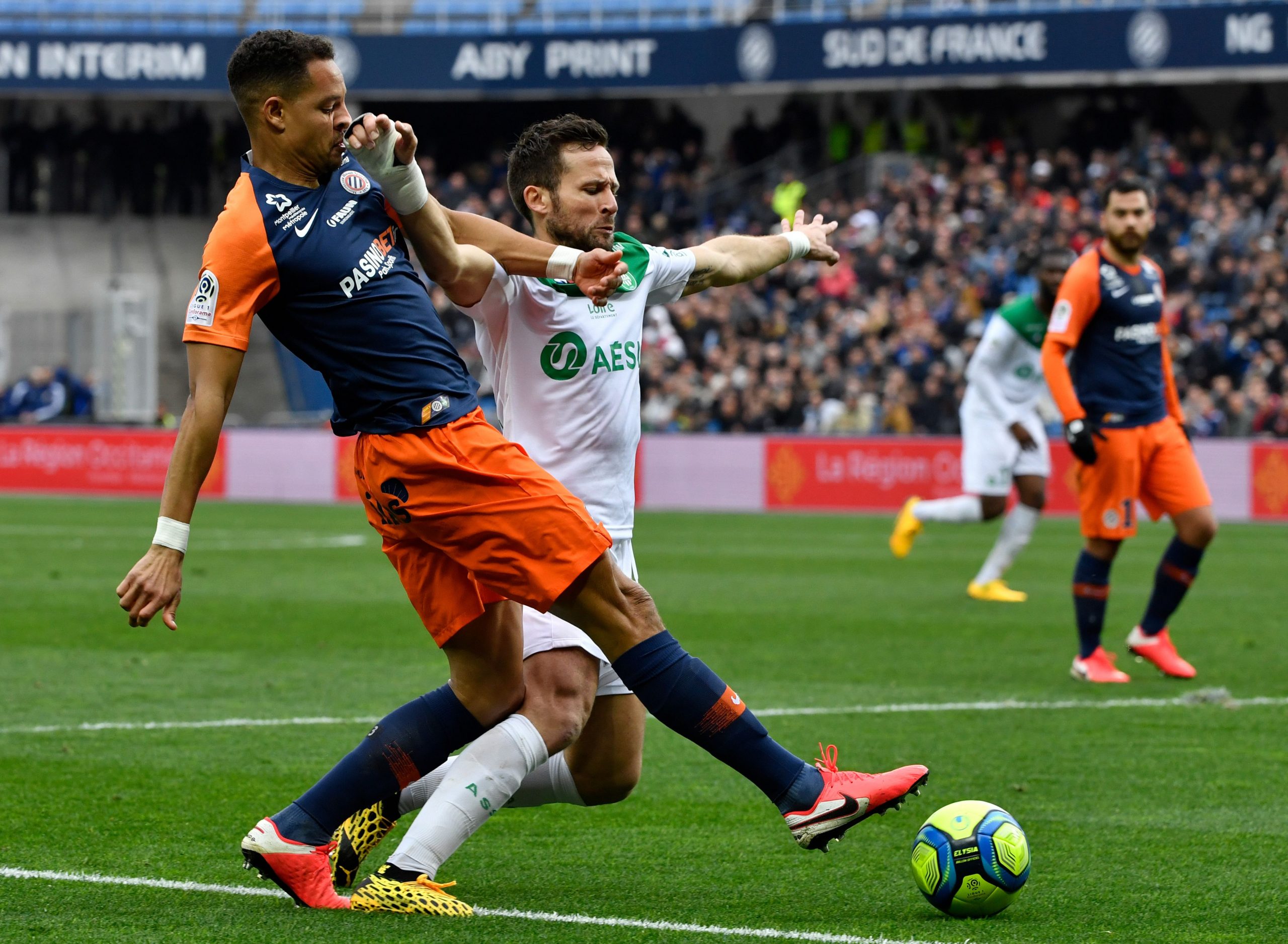 Ten-man Montpellier held out to secure a hard fought 1-0 win over Saint-Étienne as they continue their chase for a Champions League spot.

A gritty performance from fifth placed Montpellier was enough to see them take the spoils against a Saint-Étienne side yet to kickstart their 2020.

After a cagey opening, the hosts took the lead on 25 minutes as Algerian centre forward Andy Delort got across his man to head in at the near post from a whipped Sambia cross.

Having seized the initiative, Montpellier sort to dictate the match, though Saint-Étienne remained a threat – most notably through winger Denis Bouanga, who was a thorn in the side of the home defence but failed to capitalise on a series of chances.

With half-time approaching, Saint-Étienne were given a lifeline in the match as Sambia brought down Bouanga as he raced through on goal.

A penalty was initially awarded for the incident before being correctly overturned as a free kick following a lengthy VAR review.

With Sambia having made no effort to play the ball and having stopped a clear goal scoring opportunity, the 23-year-old Frenchman was given his marching orders.

Down to ten men, Montpellier changed personnel, bringing defender Souquet on for midfielder Mollet as they sort to see out the remainder of the match.

Despite their man advantage, Saint-Étienne were unable to produce anything to challenge a Montpellier side content with sitting deep and soaking up the opposition’s pressure.

With the game slipping away, Claude Puel resorted to the bench as he sort to overturn another disenchanting attacking performance from his side.

The introduction of the likes of Abi and Honorat did little for a side that has been blunt going forward this season, with Montpellier’s Rulli more than a match for anything that did come in on goal.

The Montpellier faithful will be more pleased  by a dogged performance that sees them continue their pursuit of a Champions League place.

For Saint-Étienne, the game saw them succumb to their seventh defeat in eight Ligue 1 games as the pressure continues to mount on Claude Puel.

Rafael Leão on Zlatan Ibrahimovic: “He is a reminder never to give up on your dreams.”

PSG SD Leonardo: “We have Neymar and Mbappé! What are we supposed to be scared of?”