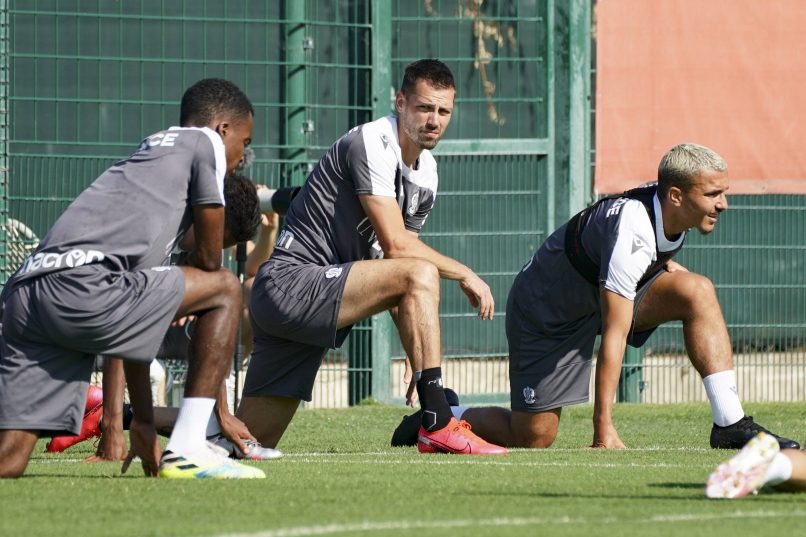 On moving to the Côte d’Azur & the role his family played in the decision:

My wife didn’t want to come back to France, that is the truth. I am not coming for the Côte d’Azur, the sun and the wonderful view each morning when I wake up. I experienced several years in Manchester where it rained all the time. That never scared me. The number one criteria was football-related.

Yes. I wanted to leave already last year, I was close to doing so, but then the club held me back, saying that they were really counting on me for this season, but that they would allow me to leave the following summer. I said to the Sporting Director to close all other negotiations. I had chosen Nice and I was not going to go anywhere else. From that moment on, they were very classy.

Did you call Hugo Lloris?

We exchanged a few voice notes just before my medical. He of course spoke incredibly highly of Nice, his home.

You might join up again in the future (at OGC Nice)…

I am not going to hide it, that is what I said to him in my first voice note.

On spending time at Manchester United:

In terms of the commercial side, all the aspects off of the pitch and on the pitch make it for me the biggest club in the world. It was a source of pride for me, an honour. I would have preferred my time there to be longer, that it took a different direction. But it is certainly my fault, I should have been more patient yet again. But I don’t regret it at all, it was a fantastic experience.

Having been at a club like that, did it leave you with the feeling of having done it all in England?

Exactly. I was at Southampton, then a big club like Manchester United and finally Everton, who were a bit in between the two… I have to say it, playing again in a top 5 club was no longer possible for me so when I accepted that, I had the desire to be able to leave.