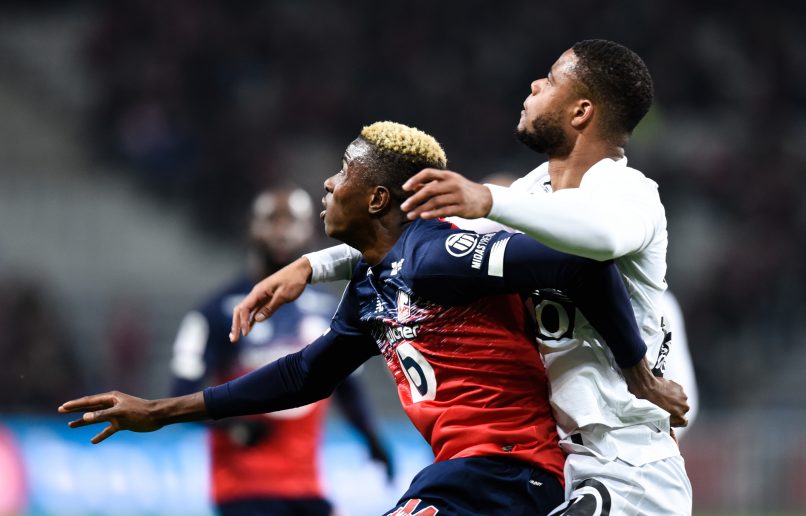 L’Équipe have this morning provided an update on the future of 21-year-old Nigerian striker Victor Osimhen, who arrived in Napoli yesterday to meet with Gennaro Gattuso as he mulls over a possible €80m move to the Italian side.

The young attacker has been warned by multiple individuals that he trusts not to make the move to the Neapolitan side, to the point that he had initially ruled out a move there back in April. However, money talks and at the moment, Napoli are the only club to have made a formal proposal worth an astonishing €80m plus bonuses.

Yet, the player has still not made his mind up, despite visiting the club’s facilities throughout yesterday.

Osimhen returned to Europe on Sunday, after attending his father’s funeral in Nigeria. He was then in south-west France on Monday, where he met with Lille President Gérard Lopez, who had just returned from the United States. The pair had a long discussion and have a close relationship, embodied by the player gifting the Luxembourg businessman his first Lille matchday shirt back in August when he scored twice on his debut against Nantes.

Lille had formally permitted Osimhen to travel to Naples on Tuesday, alongside his agent. The deal on the table with Napoli is €80m excluding bonuses, and Lille appear eager for the player to accept. His former club Charleroi, from where he moved to Lille from for just €12m last summer, have a sell-on percentage fee clause, but the amount they can make from it has been intelligently capped by Lille at the €6m mark.

Should the Nigerian sharp-shooter elect to join Napoli, the deal would represent the biggest transfer in the club’s history, easily overtaking the amount expended on Gonzalo Higuain in 2013, €39m. Gennaro Gattuso has told his president that wants just one player this summer: Osimhen or nothing.

The situation that Osimhen faces resembles that of Nicolas Pépé last summer, who moved to Arsenal for €80m last summer. Rather than seeking to move to one of Europe’s top five clubs, where he might only receive minutes off the bench, Osimhen is leaning towards favouring a move to a club where the footballing project is best for him.

There is interest away from Napoli: Inter Milan have formally expressed interest. Jürgen Klopp is very interested by the Nigerian’s profile, his hunger and his pugnacity particularly standing out. Liverpool have not moved to match Napoli’s offer at this stage, but, contrary to other press reporting, L’Équipe feels they could afford it. Klopp has already begun briefing media on a quiet transfer window to come – to minimise expectations?

Napoli really don’t want to miss out on Osimhen, having already had a €70m proposal for Lille winger Jonathan Ikoné rejected last summer. Real Madrid have also made initial enquiries for the player, but there is no concrete contact from Los Blancos.