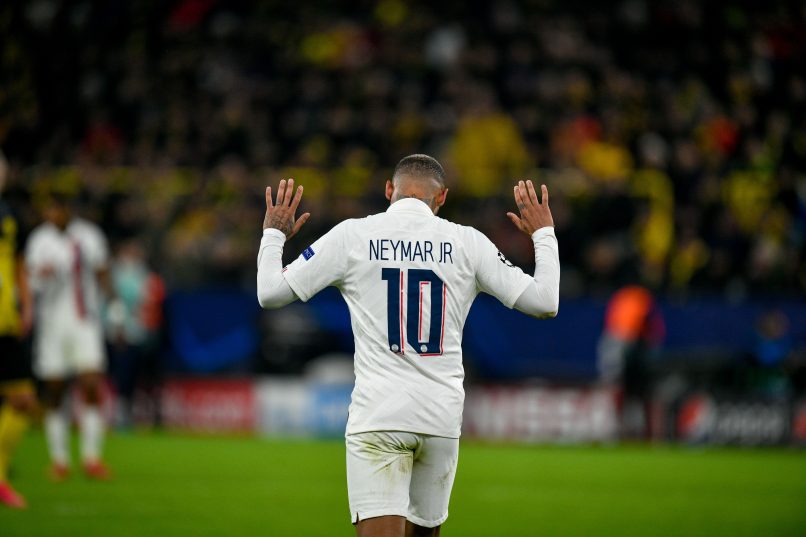 Speaking to RMC Sport following Tuesday night’s 2-1 1st leg defeat to Borussia Dortmund, Brazilian attacker Neymar sharpened his knives and took aim at PSG for not allowing him to play in the matches that preceded this UCL encounter on the grounds of protecting his fitness, when he had felt well enough to play.

“It is difficult to spend four matches without playing, but, unfortunately, it was not my choice. It was a choice made by the club, the doctors. They took this decision and I did not like it. We had lots of discussions about this because I wanted to play. I felt good but the club was scared. In the end, I am the one who suffers. I understand the fear that the club was suffering from, because in the last two years I was not able to play in the Round of 16. I respect the decision, but it cannot be like this, because the player ends up suffering. It was very difficult to play a match like this, intense, 90 minutes without stopping. It is different. Had I been in better shape, I would certainly have played better.”