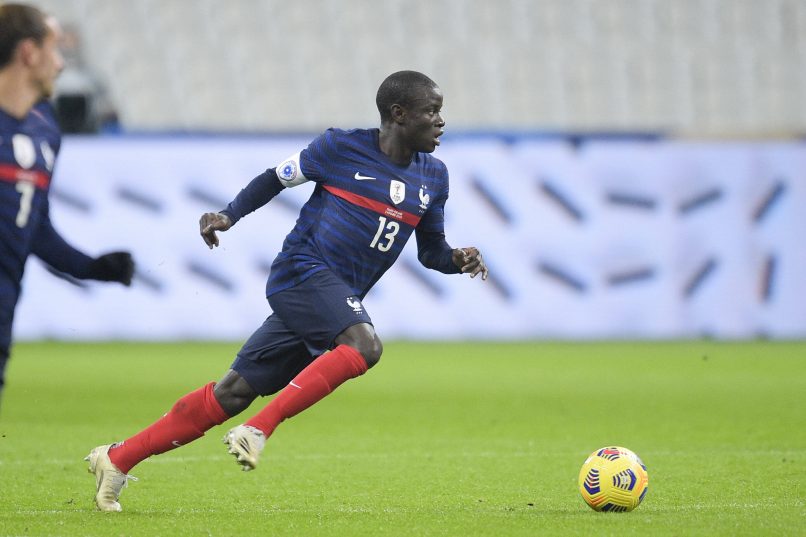 Speaking in an interview with the French Football Federation, the naturally discreet N’Golo Kanté lifted the lid a little on his inspirations and aspirations as we head into EURO 2021.

The player who had the biggest impact on him:

Ronaldo, the Brazilian. I would put on DVDs of his goals on the computer and watch that. With the rise of platforms like Dailymotion and YouTube, I like to watch his actions, his technique, his ease of doing things. He is a player who I really liked, along with Maradona.

On if he has an instinct for goal:

Oh yes! Even if I started football late, at the age of 10, I would play a lot with my friends. We would watch a video of Ronaldo or Ronaldinho and we tried to reproduce the same thing on the pitch. As fans, we liked to see players who put on a show. Maybe not a player like me today (laughs)! Players who were a bit creative and goalscorers.

The action that results in a goal. It can be an assist or a shot that brings it about. But I also like all defensive actions that help the team. I have learned to love being useful for the collective.

A player he does not like coming up against:

I do not like to come up against players who I know or who are my friends.

The French national team member that he sees the most in London:

Kurt Zouma and Olivier Giroud. Sometimes we might see each other outside of our club but it is rare because we see each other already everyday in training.

On what music is listened to in the French national team dressing room:

A bit of everything: American or French rap, Latino music but I am not in control of selection. The DJ is more Antoine (Griezmann) or Presnel (Kimpembe).

I like to spend time with my family, my friends, we go on walks, we play PlayStation. My house is my favourite place. I spend a lot of time there. I go out with those close to me to eat from time to time and to walk around London. I feel good in this city.

Does he prefer films or shows?

More films, but I watch shows as well. The problem, is that once I get hooked into one, I watch it right until the end.

If he hadn’t been a footballer…

I studied accounting so logically I would have continued my studies and become an accountant. It’s not necessarily something I would have liked to have done but it was my background: I did my bac and BTS and then I put my studies on hold after moving into the first team at US Boulogne when I was 21.

On who gave him the passion for football:

My older brother and his friends, then my friends at school and those in neighbourhood.

On who analyses his matches:

My manager, those close to me, notably the friends who I used to play with or my footballing entourage. And I also self-critique.

On his best feeling:

My first goals with each of my clubs. I remember my first goal with Suresnes with the kids team (aged 10). I had not scored for the entire year. At the end of the season, we were playing in an Île-de-France tournament. On a corner, the ball comes in and I score a header. I ran all over the place and my teammates followed me all over the pitch! My first goal, it was wonderful.

On his biggest qualities:

That is not up to me to say… I cannot.

I have some, I assure you but it is difficult to speak about yourself. We can say that this is my weakness: I don’t know how to talk about myself or those close to me. Well, it is either a strength or a weakness – you decide.

On the first time he touched a ball:

In a football match that was being played opposite where I lived at Rueil-Malmaison (Hauts-de Seine) with my brother and his friends. I would have been around 4 or 5.

On his first club:

Suresnes! I joined this club when I was 10 following advice from my teacher. We played a basketball and rugby tournament, I was not doing too badly in the moments of contact and she advised my family to get me involved in sport. I hesitated between rugby and football. I chose football.

On his first memory:

I played my first matches there with full kit, i.e. boots, socks, a shirt. We were up against opponents from another town in real matches. But, above all, we were playing for fun. I like to think about that time again.

On his first position:

Right-midfielder. I was always a midfielder. It is a position where I immediately felt comfortable. I like to take part in play: help the defence, participate in attack, play a little bit all over the pitch. The position suits me naturally.

Mauricio Pochettino: “We try to prepare to dominate the match.”

Marquinhos out for 2 weeks with adductor problem