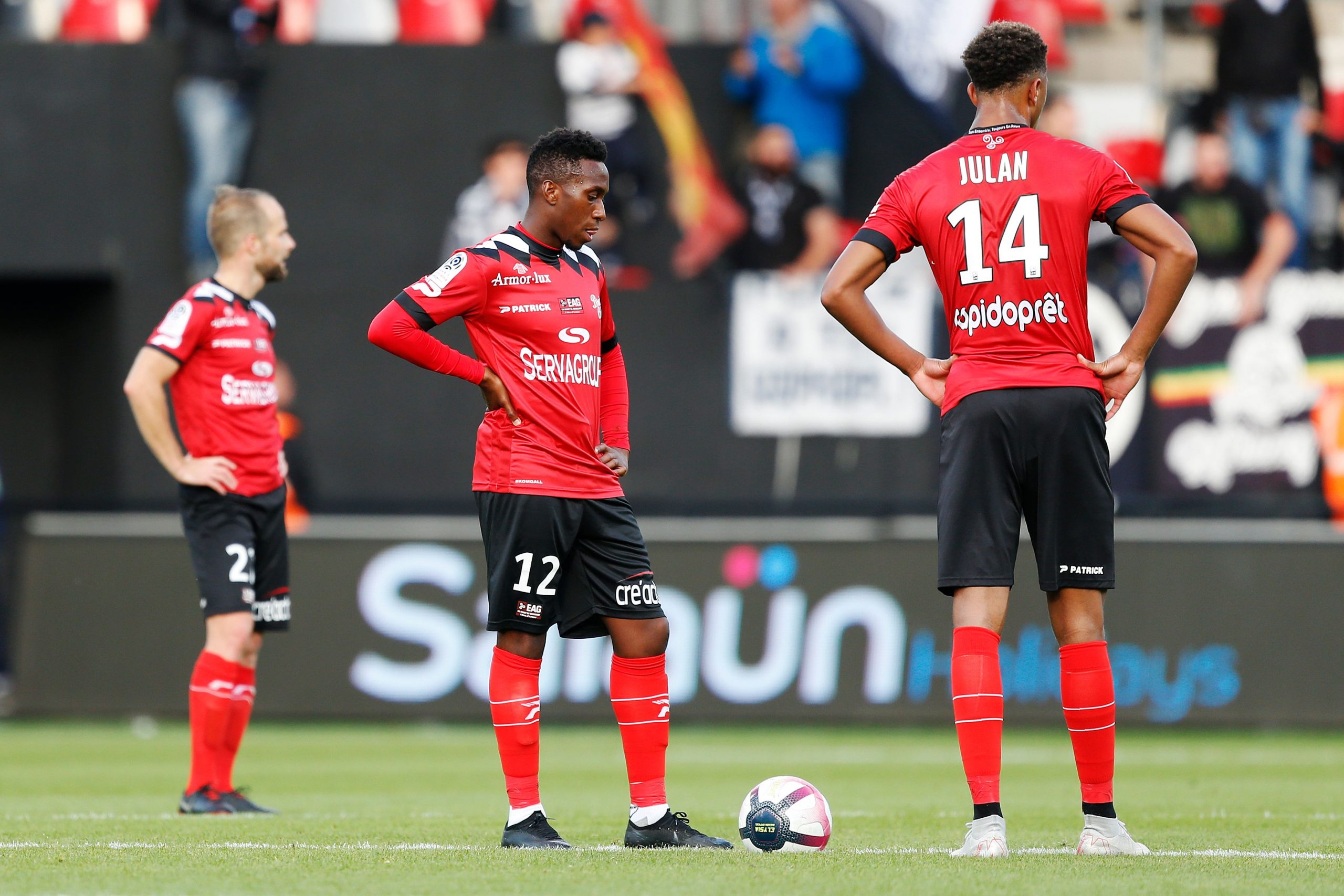 23-year-old striker Nathaël Julan passed away yesterday after he was heading back home from Guingamp training ground when he crashed his car. He died from the injuries that he sustained.

Formed at Le Havre, Julan had only made one league appearance for EA Guingamp this season. The Montivilliers-born forward signed his first professional contract with childhood club of Le Havre in 2016 aged 19, after breaking out during the 2015/16 season.

The 6 ft 4 striker was a beloved figure at Le HAC, a club he joined at the age of 8, playing for 11 years for the club’s youth academy. Signing his first professional contract for Le Havre meant a lot to him, as he was an ardent supporter of the team and grew up in a neighbouring town. In an interview given to the club at the time, he said “signing for Le Havre is a real completion and I am very proud to wear this shirt. My heart has always been sky-navy blue and will forever be.”

After a convincing first season-and-a-half for Le HAC which included 7 goals and an assist in 39 appearances, he joined EA Guingamp in the 2018 winter transfer window deadline day. In Brittany, he would play 10 Ligue 1 games in a year before heading back to Ligue 2 on loan at Valenciennes, where he scored in his first game against Châteauroux, in January 2019.

Julan was an exciting prospect and a real pleasure to watch. His impressive physical stature did not prevent him from developing the ability to be really quick and skilful. He combined strength with dribbling and great positioning, allowing him to score from every possible angle and run past the defences. With Le HAC, he made a particular impression by becoming the club’s super substitute and scoring following some amazing solo runs against Laval, Auxerre and Bourg-en-Bresse. But he will be best remembered for his incredible performance in a 4-4 Coupe de la Ligue draw between the Normandy club and Nîmes Olympique. A game in which he scored twice (including a sumptuous volley) and sealed his team’s victory by eventually putting away the winning penalty in the shootout.

Alternating between the first team and the reserves, he scored twice for Guingamp’s B-team against C’Chartres in National 2 (fourth-tier) on November 30th 2019, which would be the last game of his life.

On January 3rd 2020, he crashed his Audi Q5 near Pornic (Brittany) after leaving training. He had a bright future but his career was abruptly shortened. He was only 23. May he rest in peace.