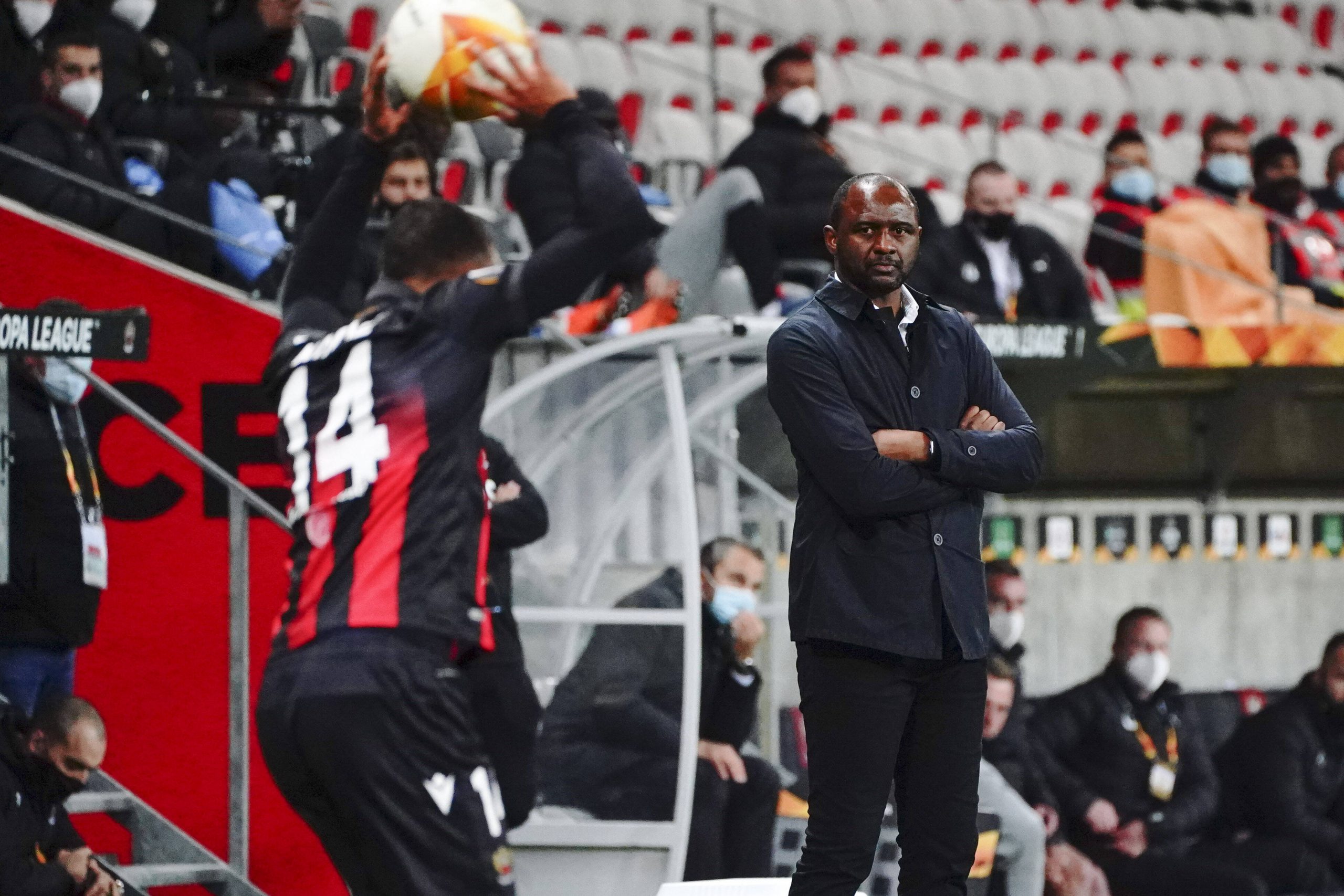 L’Équipe report that the board of Ligue 1 side OGC Nice are now actively considering the future of their manager, Patrick Vieira, following a catastrophic series of performances, with the club losing 3-1 to bottom-of-the-table side Dijon on Sunday evening.

The 44-year-old gave a strange post-match press conference in which he appeared to breakdown following a question about whether he believes that the dressing room is still on his side or not.

The club lost its fourth match in a row and Vieira’s lack of an obvious style of play has resulted in ire and anger from supporters.

Before a terrible month of results, there were conversations about whether or not to extend the ex-Arsenal player, whose contract expires in June 2021. Now, conversations are happening about the immediate future, because the board reportedly realises that the team is very much out of shape and line with the ambitions of INEOS, who bought the club in 2019.

Julien Fournier was not at the match as he was in the Ivory Coast to watch the first African Champions’ League game of Racing Club Abidjan, OGC Nice’s partner club. Fournier’s style in any case is not to have immediate debriefs with his manager straight after the game, and after a day off awarded to the players on Monday, Fournier is expected to speak with Vieira on Tuesday to discuss remedies.

Vieira is preparing for the arrival of Bayer Leverkusen in Nice, who will play against Les Aiglons in the Europa League on Thursday, with OGCN virtually eliminated. He will be on the touchline for this match, but his future is in suspense.

He appears to be on borrowed time because the club hears criticism from outside, and doubts have also developed inside, where one specific observation has been drawn up according to the newspaper: the players have lost their confidence and something must absolutely be done to restore their lost self-belief. A reflection is therefore being carried out and it includes the future of the coach.

Exclusive | Oleg Petrov on Benoît Badiashile: “The player was bankable, but Kovac wanted him to stay.”