Olivier Giroud: “Bayern were too good tonight – we have to stare the truth in the face.” 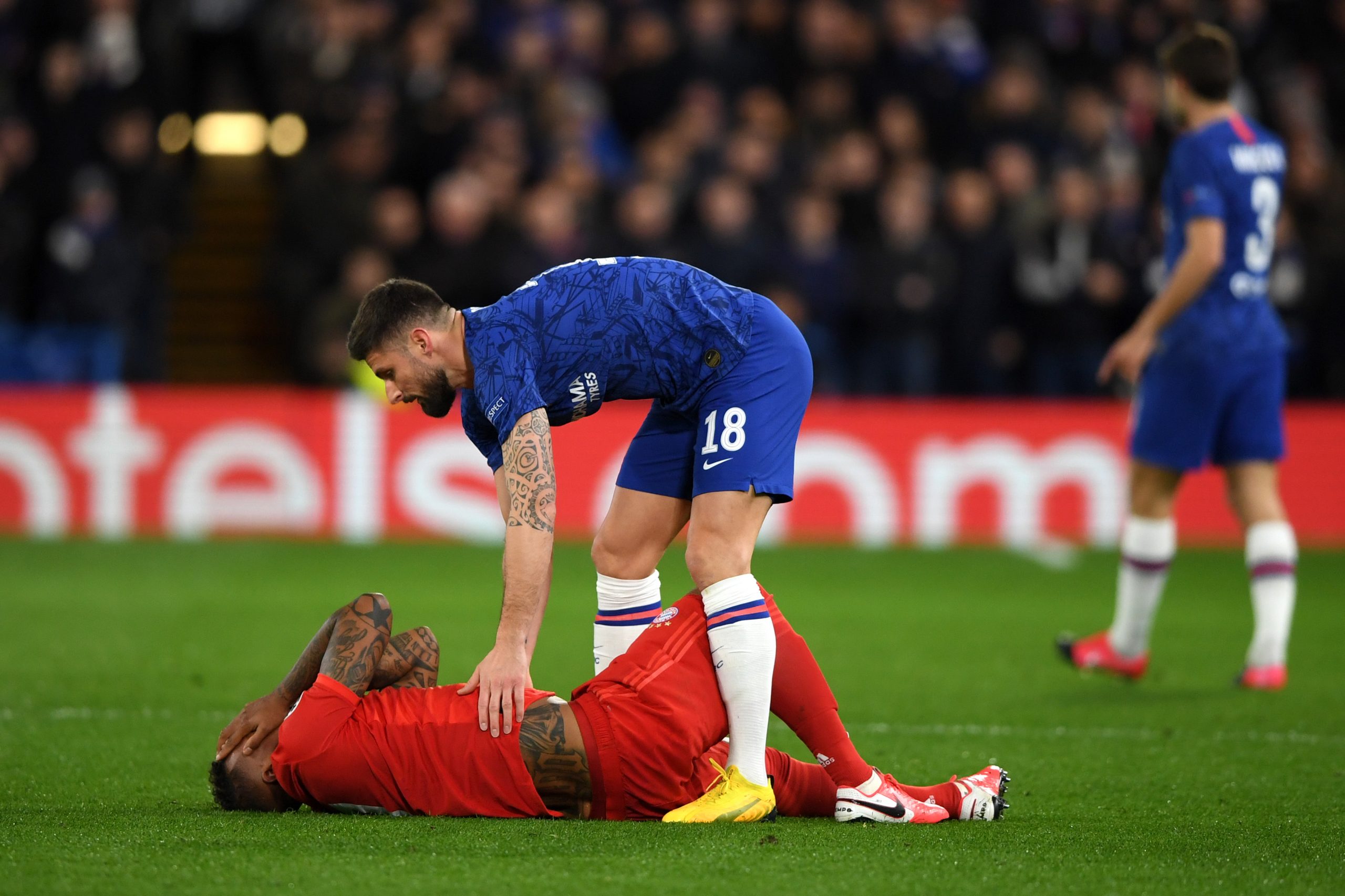 Speaking to RMC Sport, Chelsea striker Olivier Giroud reacted to his side’s 3-0 defeat to Bayern Munich at Stamford Bridge in the Champions’ League on Tuesday night.

“This was a tough night. Bayern were too good tonight. We have to stare the truth in the face. We were able to rival them in the 1st half, with chances on both sides. In the second half, they picked up the pace in the counter attacks. They hurt us, they were efficient. They scored two goals in three minutes. Psychologically, it was hard to get back into the match.”

“When you win the ball back, after having run a lot against a team who has retained considerable possession, it is always difficult to be lucid to play properly and with a lot of personality. We must not hide from it. Bayern deserve to win this match. I am not the type to give up. But it will be very difficult, obviously. We need to score at least 3 goals there without conceding. It will be an almost impossible mission. We will go with the desire to score, in any case. And to play with more freedom, less pressure. We will have nearly nothing to lose. It is hard, tonight. We will have to pick ourselves up in the league this weekend.”

“Bayern, they are a team with a pretty impressive squad… We tried to put together the same energy we produced three days ago, against Tottenham, with the same team. It worked well in the 1st half. Aside from that, in the second half, they exploited small errors from our side. At this level, you pay for that. Even if we could have defended better, they moved so quickly. We have to be real and realise when you face someone better than you.”

“It was complicated for me to play. I tried to play for my team-mates. I received very few balls in the box. There are nights like these that are frustrating for attackers. It is in my nature to continue, to not give up. There is a match in four days time, we have to get back to it.”

Benjamin Pavard: “They struggled to pass balls out & we tired them out.”