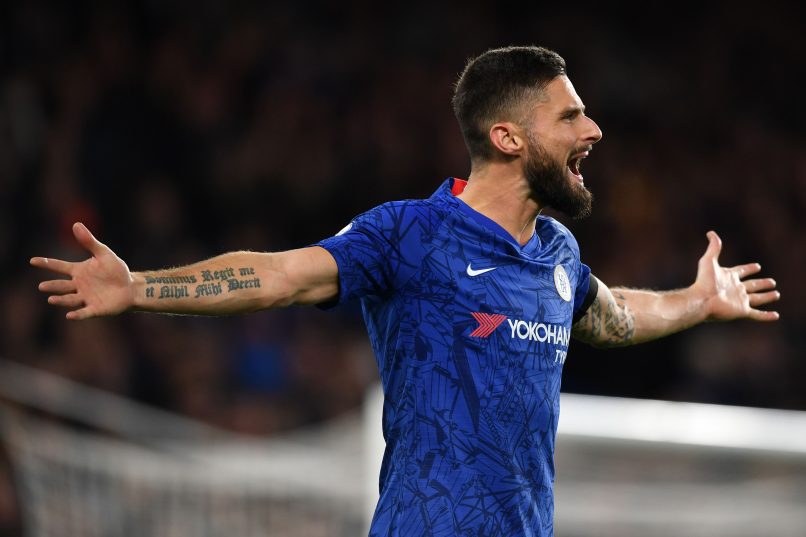 Speaking in an interview with Canal Plus, 33-year-old Chelsea striker Olivier Giroud discussed qualifying for the FA Cup final, his continued ambitions with France and much more.

On qualifying for the FA Cup final:

I have been lucky to have won three with Arsenal and one with Chelsea, so I hope that the fifth one will be coming at the beginning of August. Against Arsenal, it is another special final for me. It would be nice to have a fifth one and remain undefeated in FA Cup finals.

On his season with Chelsea:

I think it should be looked at in two parts. The first half of the season, I did not play much at all. After that, in the second half, despite being poised to leave during the winter window, the coach wanted to keep me and he gave me the opportunity to showcase my desire to return to the starting XI. And so he gave me his faith and I am trying to give back on the pitch. Things have been going pretty well since the third week of February. I am at 6 Premier League goals in 8 matches, with the seventh that I scored in the FA Cup. It is good, when I play, when I start, often I am making decisive contributions. So we will have to continue like that.

On always getting back up after knock backs:

It is definitely my strength of character and my faith that allows me to relativise matters. I believe very strongly (in myself) and I know that I am not alone. That is my strength, to always try to find the positives even in the negative times.

On his rivalry for places with Tammy Abraham:

Listen, he came out of a good season at Aston Villa, where he finished as 2nd top scorer. He is very talented and it is true that the coach immediately placed his faith in him at the beginning of the season, even though I played the UEFA Super Cup against Liverpool where things went quite well for me. But it is true that he made the choice of going with a younger striker up top. It worked well for him, because he had a good start to the season, but afterwards, you always have to believe and always work hard in training. And it is good for the team that there are different attackers with different qualities.

On the arrival of Timo Werner:

Of course it boosts and motivates us as strikers. We try to make a coach’s decisions difficult – I am taking it as a positive thing. It is a bonus, a plus for the team, so it will be up to us to give our best to be decisive for the team.

On whether he has contemplated retirement:

I don’t know, I have always said that I will keep going so long as my body allows me to. And for now I feel very, very good. I have not even thought about stopping, so long as I can add benefit, I will continue for several more years.

Of course the French national team is always an honour and you get there by performing well with your club. I have been fortunate enough to play a Euro final and to win the World Cup. I still want to win trophies and beat records with the national team. At the very least, it would be nice to hit the 100 appearances mark – I am at 87 I think. I also want to go ahead of Platini to become the 2nd highest goalscorer in French national team history – these are goals that motivate me and keep me focused to stay in shape and at the highest level.