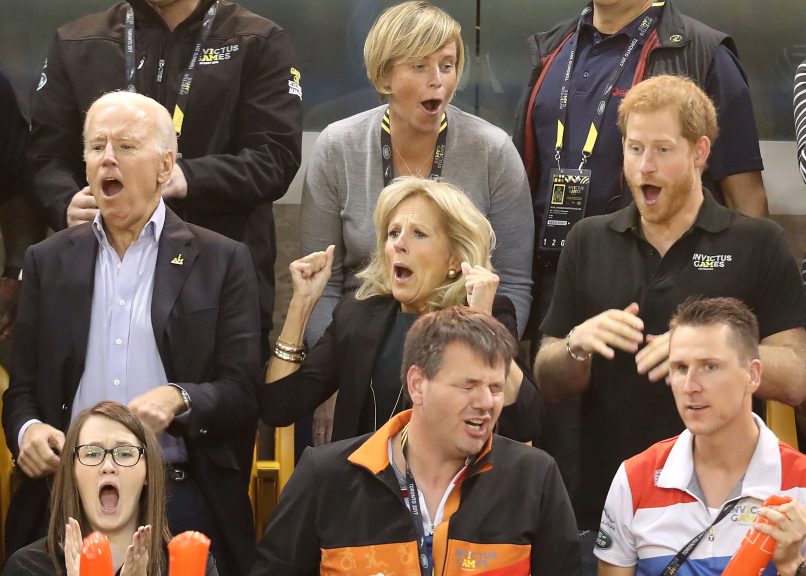 We took a stab at defining who the US presidential candidates would be if they were players in Ligue 1. With the 2020 election just 11 months away, but the Iowa caucuses starting in less than a month’s time, it felt like the right time for this highly unique piece.

If you can remember the days before Bernie Sanders had grey (white) hair, you knew a time when St Étienne did not have Loïc Perrin. The senator from Vermont and the captain of Les Verts know a thing or two about longevity and loyalty. 35-year-old Perrin is a one-club man, with over 350 appearances for St Étienne since 2003. Sanders has involved himself as an independent in Vermont and national politics since 1981, and has not budged in his democratic socialist stances since much longer ago than that. So here’s to the New Deal Vert!

They are the breakout youngsters of 2019. Eduardo Camavinga, newly naturalised as French, appeared as a 16-year-old in Rennes’ conquest of the Coupe de France; later stunning the world by dominating the midfield battles against PSG & Lyon. Meanwhile, the mayor or South Bend, Indiana, has not wasted any time either before trying for the highest office: at 37, he is just over the age requirement (35) to make a presidential bid, and the youngest in the field, but according to the polls, he is already a close rival for the biggest names. One thing is sure, we will hear much about both of them for many years to come.

From Barack Obama to Zlatan Ibrahimovic, every great leader needs a good number two. Unfortunately, we always find excuses to demean number twos, and point at their failure where others succeeded. Edinson Cavani and Joe Biden, beyond their most loyal fans, are under-appreciated: many find amusement at the bad habit of committing gaffes in the worst circumstances for their respective roles: on an open goal, on an open mic. Mockeries aside, Edinson Cavani is the record goal-scorer for Paris-Saint-Germain; Joe Biden a Senator for 36 years and two-term Vice President. No matter where their destiny takes them from here, a proud chapter awaits them both in the history books.

Two small figures draped in imperial ambition. Marco Verratti has seen it all with PSG, where he arrived in 2012. 22 trophies later, he is an emblematic figure of the capital’s quest for European glory. But over the years, the “Little Owl” has used the interest of clubs like Real Madrid to his own advantage, as leverage for better contracts at PSG. Equally unscrupulous, Michael Bloomberg has also played both sides to his gain. A former Republican mayor of New York City, he runs now as a Democrat. His self-financed irruption into the nomination process reflects the system which brought Verratti to France and PSG to its throne: the almighty power of having very, very, large quantities of money.

Consider Kevin Strootman and Tulsi Gabbard and a common question arises: What exactly are they doing here? The Dutchman is costing Marseille a fortune and can’t even start in the Southerners’ midfield. After his €25m transfer, on Rudi Garcia’s request, OM have been looking for a way to offload him by any means. The Democratic party probably wishes it could do the same to Gabbard. The Representative from Hawaii has feuded with several of her competitors and, among many controversial statements, made abrupt references to an imminent nuclear war.

John Delaney announced his candidacy in July 2017; he has been running the longest in the Democratic primary. Having started his Ligue 1 career in 2002, the same could be said of Dijon’s Florent Balmont, with whom the former Maryland representative also shares a hairstyle!

He was inconsistent, lacked motivation, on his way out. She was written-off, said to have missed the “right moment”, mocked for a clumsy DNA test. For a long time, we were left wondering: What could have been? Dimitri Payet was always undeniably talented, and never won titles that matched his potential, coming so close in 2016 and 2018. Elizabeth Warren ran for office in 2012 for the first time, aged 59, with little background in politics. Then she launched her presidential campaign, and he heard there was a European Championships coming up. Suddenly, Marseille’s captain and the Senator from Massachusetts are at the top of their game, two left-wingers in steam-roller mode, more determined than ever to use their talents in the nation’s service. Now we wonder: how far can they go?

Have you ever heard of these people? Me neither.

The rise of the #yanggang has been largely ignored by mainstream media outlets, but Andrew Yang is the first Asian-American male to run for president as a Democrat and he continues to make waves in the race with an agenda based around the rise of automation and looking to solve problem’s of the future. Reims defender Disasi is not being talked about by any media outlets yet at all, but he is a rare, futuristic profile of defender who has demonstrated positional brilliance, pace, impressive passing and the physicality needed to go to the very top. Is Yang “longer than a long shot” and will Europe continue to sleep on Disasi, or will both perform a meteoric rise against all the odds?

Well, someone needed the unflattering role. In this exercise all comparisons are imperfect, so in fairness to Neymar let’s grant that he is talented at what he does. That said, some common points still stand, and not just their common friendship with Brazilian president Jair Bolsonaro, the “Trump of the tropics.” 28 Democrats have at some point declared their intention to remove Donald Trump from the White House (though 14 remain in the race); 41 fouls have been committed on Neymar this season in Ligue 1, many of which with the intention of removing him from the pitch. The impeached President and the unprecedented PSG purchase are public enemy number one for all those who aren’t on their team.