OPINION | Why PSG must go for Mauricio Pochettino 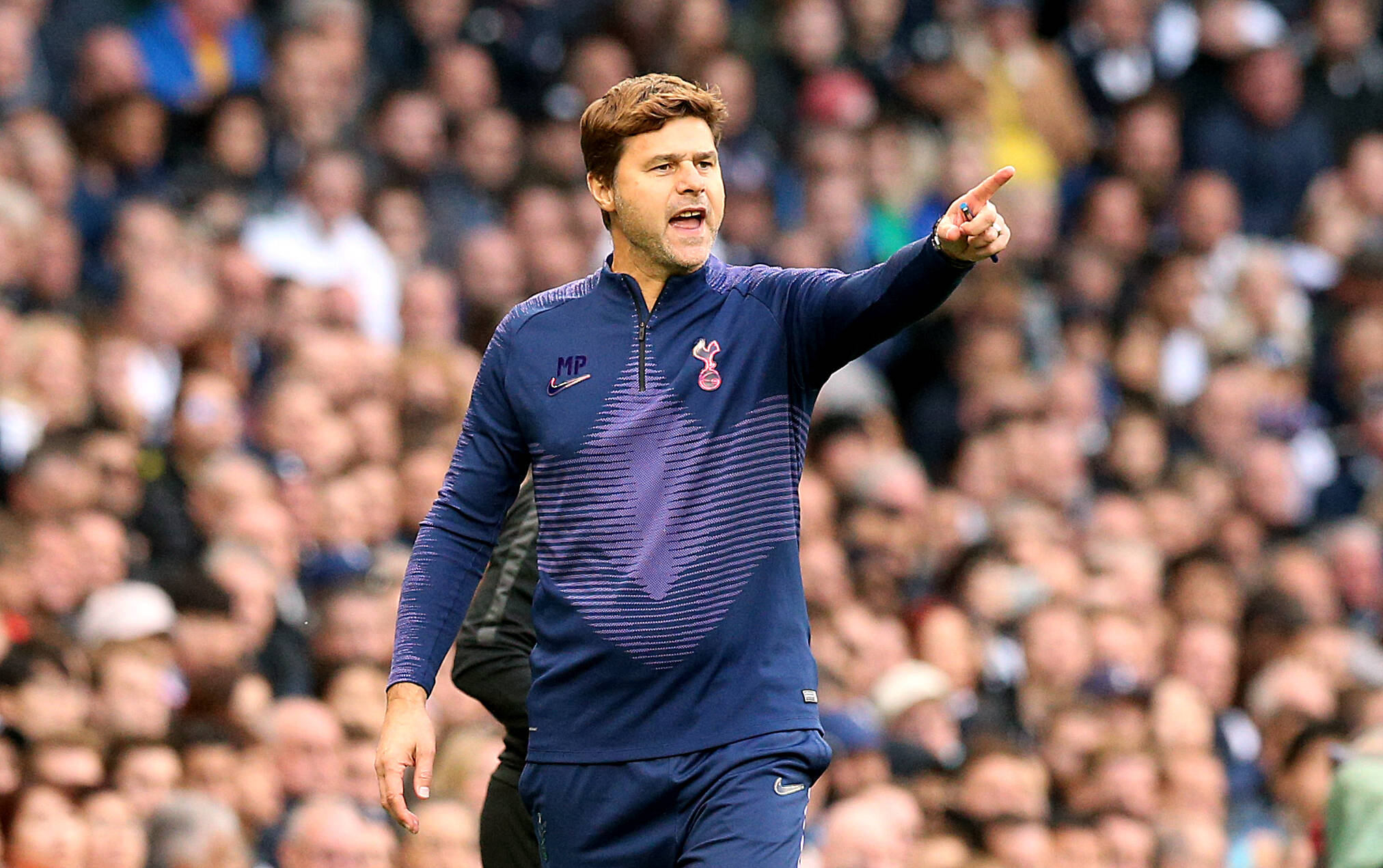 This isn’t a reactionary thought, at least not reactionary off the back of the losses to RB Leipzig and Manchester United in the Champions’ League. If anything, that loss against the Red Devils just highlighted everything wrong with the current incarnation of Paris Saint-Germain. Naturally, whenever PSG lose, the post-match analysis revolves around the same themes. It always seems to be same talking points: “Neymar is overrated, he’s not good enough to lead an elite team,” “Mbappé will be leaving in the summer, he’s wasting his time in France,” “what does this mean for the future of the PSG manager?”

Of course, some of the analysis is valid. That the recruitment strategy of Paris Saint-Germain be in the firing line is certainly justified following a bizarre summer of business. Whilst this development certain hasn’t suddenly appeared out of nowhere following the defeats to Man United and RB Leipzig, the losses themselves did highlight the initial feelings towards the transfer window. Another point that didn’t just appear after these defeats was the future of manager Thomas Tuchel, further shining a light on the breaking down of the relationship between the German and PSG’s Sporting Director Leonardo, with the duo in public revolt against each other.

But for perhaps the first time in Tuchel’s reign at the Parc des Princes, a sizeable number of PSG supporters are starting to seriously question whether he is the right man for the job. Tuchel does split opinion and you’ll probably find some fans that wanted him gone at the end of the previous season, but after reaching the Champions’ League final it was only fair to give him the chance to start again. After the loss to United, Tuchel said it was “by far, one of our worst games, one of our worst first halves,” and explained that “It was not our level. I don’t know why, but I can just say that it was not our level, in moving the ball, in possession, in counter-attacking, in challenges, in intensity.”

For the first time, Tuchel looked lost, out of ideas and completely devoid of anything remotely positive. He’d been tussling with the board for signings in the summer, now he’s got an uninterested and lopsided looking attack, a non-existent midfield and a defence that can be outstanding one week to a complete disaster the next. In a way, I feel sorry for him and perhaps, in the nicest way possible, it’s time for the German to move on. Maybe, Tuchel and PSG have just had their fill of one another and need something new to freshen things up. And if he was to depart the Parc des Princes, that leaves the door open to a lot of new ideas.

If Tuchel was to go, to my mind, there is only one person who can step into the Parisian hot seat and take charge. It’s someone who has played for the club, who is used to working under a Sporting Director, who has taken his former club to the next level on a budget – which could come in handy if the threat of FFP looms over PSG – and has a habit of playing exciting, exhilarating and refreshing brand of football. If you ask the majority of fans at his former club, they’d simply reply with ‘he’s magic, you know?’ Of course, it’s Mauricio Pochettino.

Yes, you’ll get the whole argument about not managing to win trophies but maybe it’s time for PSG to look to the future rather than just the here and now. PSG will, as long as they don’t mess it up for themselves, win domestically. It’s just how they do so. But they’ve struggled to build for the future and failed to build a proper ‘team’, the contrary situation to what Pochettino achieved at Spurs. He built *his* team, a team that reached a Champions’ League Final and could have (and should have) won at least one Premier League title, while PSG have just consistently bought for the present and worried about the consequences later because they’ve always had the financial capability to plug the gaps in their team in an instant. But with the right backing and with a say in the transfer market, he could build something special with PSG. So let’s just imagine we’re in the boardroom at Paris Saint-Germain and we’ve been given permission to map out Mauricio Pochettino’s PSG side.

Keylor Navas, Marquinhos, Presnel Kimpembe, Marco Verratti & one of Neymar/Kylian Mbappé are untouchable (one of Neymar & Mbappé will leave the club and you’d imagine it’s the latter due to age, hype and the rest of it). Pochettino’s teams play with flying full backs, so that’s two players that you need to invest in. The midfield needs a complete overhaul and while Idrissa Gueye and Ander Herrera are good, competent midfielders, they cannot be your starters anymore. The number one target for PSG has to be Eduardo Camavinga, it just makes too much sense. Pochettino and youth is a good mix, so it would be a perfect fit for the pair of them. Neymar, Di Maria, Icardi are a front three that have plenty about them, but Icardi perhaps isn’t the world class striker that PSG thought they were getting, Neymar needs to be played centrally and Di Maria isn’t getting any younger, so you’d imagine that he’d at least be on the list of positions that need replacing.

At this point, you’ve convinced the PSG board that a total rebuild is needed and you need to focus on who to centre it around, but you don’t focus it around one player, you focus it on a spine. Every great team has a great spine, which you have with Navas, Marquinhos, Kimpembe, Verratti and Neymar, but you need to solidify that. They still need to replace Thiago Motta’s positional nous in midfield, they probably should have kept hold of Cavani had it been possible and they need a long term replacement for Verratti (Camavinga is the one, honestly, just make the move).

And who better to lead a rebuild that one that nearly took Tottenham Hotspur to glory with one only a few seasons ago? He brought Harry Kane to an elite level, turned Dele Alli into one of the most unique players in the world while also giving the likes of Nabil Bentaleb, Ryan Mason, Alex Pritchard, Harry Winks, Andros Townsend, Kyle Walker-Peters, Oliver Skipp and Josh Onomah a shot. It’s not exactly the Galacticos, but it’s a lot of decent, talented players who speak highly of Pochettino. PSG always produce top young players, higher than the standard of the majority of the names listed above, so Pochettino would be like a god send to some of them.

Take it from me, I’ve watched Spurs my entire life. There’s been ups and there’s been even more downs, but never has a team filled me with the level of confidence that Pochettino’s Tottenham did. The feeling of ‘Spurs are nailed on to win this’ was implemented by Pochettino, as well as an incredible style of play, a new attitude and a new feeling. Ultimately it ended on a sad note, nearly mirroring what’s going on at the moment with Thomas Tuchel. Pochettino was lost, out of ideas and on the way out at Spurs because his time at the club was up. Just like Tuchel.

Spurs made the change of manager when it was deemed necessary, perhaps it’s time that PSG did the same thing too? Perhaps Les Parisiens must move past forming an identity based around a single player or a philosophy of throwing cash at a problem. No, they need a proper identity and a system to match the expectations of the club. Max Allegri is a good manager, but is he the right fit for PSG? I guarantee, you will not find someone more suited to Paris Saint-Germain than Mauricio Pochettino.

Exclusive | Boulaye Dia: “Lyon did a wrist test to assess future growth and told me that I wouldn’t grow much.”