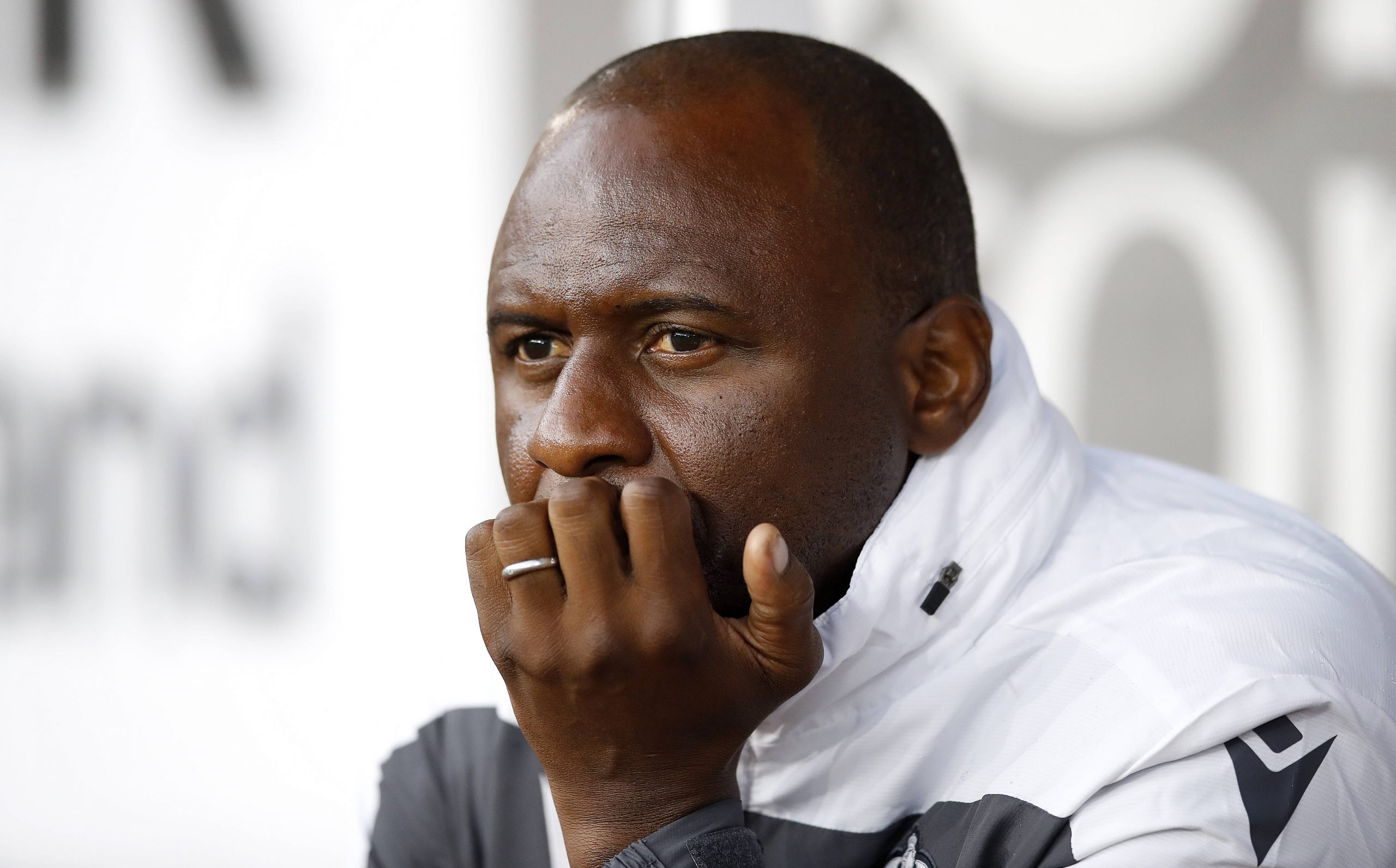 Patrick Vieira arrived at OGC Nice in 2018 to build on the beautiful football developed by Claude Puel and furthered by Lucien Favre, with Les Aiglons forced to make a managerial change after the Swiss tactician was poached by Bundesliga side Borussia Dortmund.

When he signed his 3-year contract with Nice in June 2018, the move was commended as being exciting and OGC Nice President Jean-Pierre Rivère and Sporting Director Julien Fournier were heralded for another promising appointment, with the ex-Arsenal player having moderately impressive results managing New York City FC between 2016 and 2018 and had seen his stock rise in coaching circles before then in the Manchester City youth set-up.

For Vieira, this was a chance to return to where it all began, having been a youth product at neighbouring club AS Cannes during his playing days. The challenge was immediate: filling Lucien Favre’s shoes for a manager with no major European experience was in hindsight an unrealistic aim. Vieira would also have to build upon the dazzling style of football employed by Favre without Jean-Michaël Seri and attacker Alassane Pléa, both sold upon his arrival. On top of that, Vieira quickly fell out with striker Mario Balotelli, leading to the Italian being frozen out almost immediately during his reign and leaving the club without a recognised centre-forward practically all season, as Fournier did not sign a replacement for Super Mario when he made a January 2019 move to Marseille.

Vieira, who took a great deal of convincing by the duo of Fournier and Rivère to arrive at Les Aiglons in the first place, then felt betrayed when the duo surprisingly resigned from their positions in February, citing an inability to work with majority owner Chien Lee and his Chinese-American consortium. Vieira did not cope well with what he viewed to be the duo leaving him in the lurch, but quickly rebounded. The arrival of enigmatic young president Gauthier Ganaye and old Arsenal buddy Gilles Grimandi as Sporting Director gave Vieira faith in continuing on this project, with the Ganaye doing an excellent job in convincing the former defensive midfield player to remain in the project despite the volatility at board level.

Yet the truth was that the football he eked out of his squad was consistently subpar during his time in charge – the team’s lack of ball progression was a major problem throughout, the results were always ugly, “pragmatic” victories when three points were picked up and uninspiring defeats when Vieira’s charges would lose.

INEOS billionaire Jim Ratcliffe’s purchase of the club brought with it far greater financial means in terms of signing better young talents, but the last 18 months were also a damning indictment of Vieira’s inability to progress and improve young players into gaining the requisite skills to fulfil their potential. Vieira was once again shaken by the fact that he would only work with Ganaye for around 6 months, and, with Grimandi, when it came to transfer business, for around just 6 weeks. Despite feeling betrayed by Rivère and Fournier, Vieira stayed following INEOS’ arrival, which brought the pair of football operatives back into the project in their old positions.

Vieira did face a challenging pre-season in the summer of 2019, with the Chinese-American investors refusing to spend during the summer window whilst simultaneously delaying the sale of the club to INEOS, leaving Vieira with no time to work with any of the new recruits that came in that window, apart from Khéphren Thuram, with all other new signings arriving with just a week before the transfer deadline.

Naturally, Vieira struggled to put together a cohesive XI immediately following a turbulent summer, but it was the following summer period that undoubtedly cost him his job, with a huge degree of tactical flexibility shown on his part in pre-season, to the point that it just looked as if he had not clear playing philosophy, or if he did, had struggled to communicate that clearly to his players over a long period of time.

The surprising Europa League qualification that came out of the truncated 2019/20 campaign should have been an opportunity for Vieira to set-up a large squad with two definitive set-ups and lineups, but what ensued was organised chaos. Alexis Claude-Maurice played in a myriad of positions, Amine Gouiri on the left-wing despite him publicly stating that he wished to play as a centre-forward, the constant rotation of Stanley N’Soki between the left-back and left-sided central defensive position.

A hideous campaign in Europe, resulting in just one win, compounded victories in Ligue 1 that were down to individual brilliance rather than sustained attacking creation or his side playing as a team. As a result, Rivère and Fournier took the step to sack the manager mid-season, the first time they have dismissed someone in this specific position during a campaign since 2011 with the sacking of Eric Roy.

Les Aiglons will hold a press conference at 16:30 local time today to announce the next steps for the club, with Adrian Ursea expected to lead the team for a yet to be defined period of time that could be as extensive as until the end of the 2020/21 season.