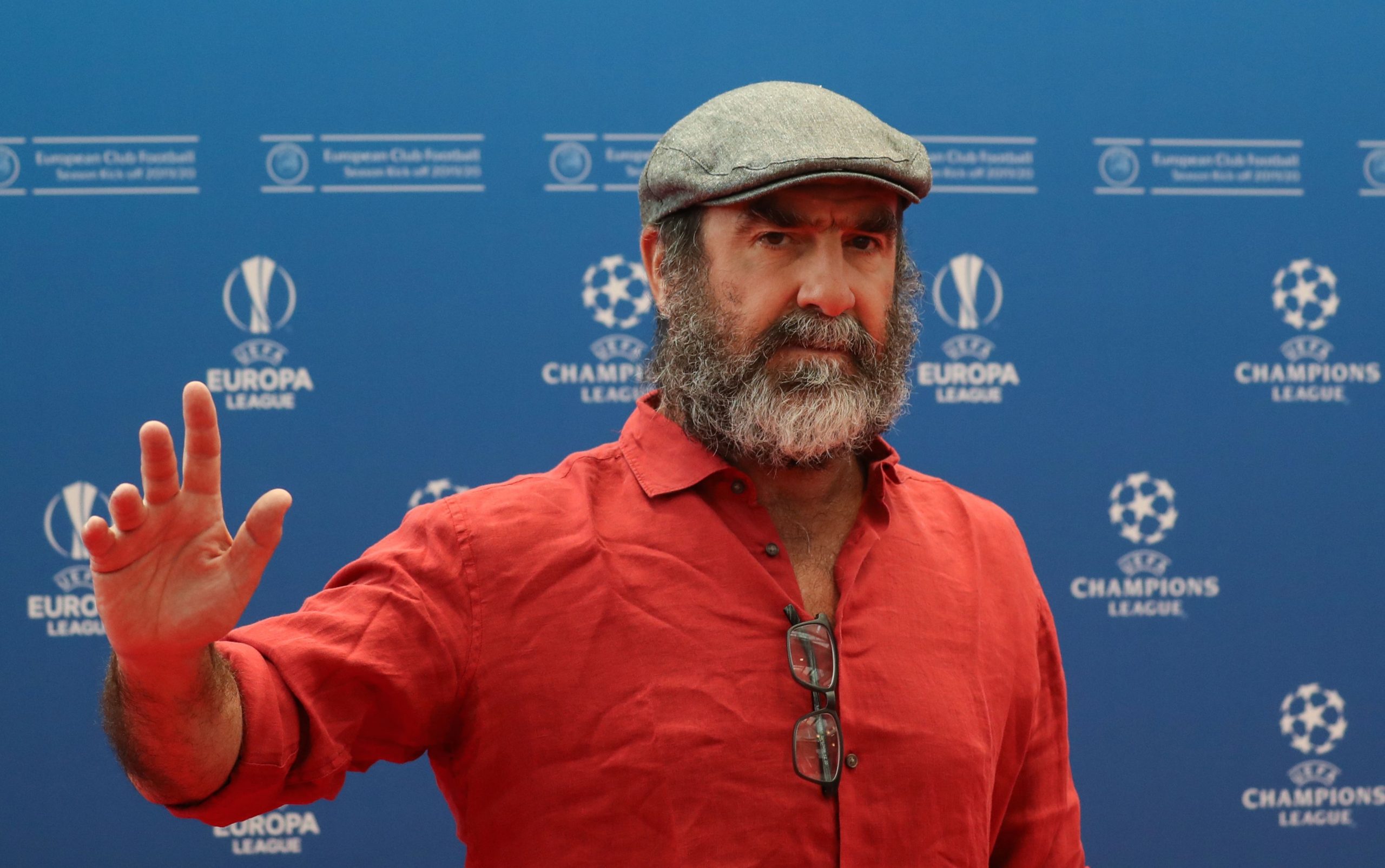 In an era when football has become more and more corporate with sponsors, broadcasters, and the teams themselves dictating how players and managers should behave, sometimes it’s good to look back at some of the mavericks of the past. And few players in the history of the game can have been quite as unique as Eric Cantona.

Perhaps he was marked out as a singular personality from the moment he was born in a cave in hills overlooking Marseille. But that was just the start of the great adventure. His first professional club was Auxerre from which he progressed, in short order to Marseilles, Bordeaux, and Montpellier. Already he was getting a reputation for being tough for managers and other players to handle. There’s even a story that, after a meeting between Liverpool and Auxerre, Graeme Souness was offered the chance to buy Cantona but turned down the chance as he thought he would cause too much disruption in the dressing room.

So, it was Leeds United that eventually persuaded Cantona to cross the Channel where he had a couple of successful seasons – but did prove to be a disruptive influence. Nevertheless, his move to Manchester United, bitter rivals from across the Pennines, in 1992 was seen as an act of great treachery. But it was also really when the greatest period of Cantona’s playing career took off.

A modern-day equivalent in the team may be Bruno Fernandes. Ever since his arrival in January from Sporting CP he has proved himself worth every penny of the rumoured £67 million transfer fee. To seal his reputation of being a real game-changer will perhaps need a few more seasons of top performances to confirm it. But, for anyone planning to bet on football at Space Casino, United’s pre-season odds of  8/1  to top the Premier League in the 20/21 season look like potentially good value with him in the team if United invest wisely in the squad in the summer.

Cantona himself helped to see United to the title no less than four times and Alex Ferguson seemed to be the sort of manager who knew how to handle him – up to a point. That point came on 25th January 1995 when he was sent off in a game against Crystal Palace. A Palace fan was jeering him off the pitch, so he launched at him, earning himself a season-long ban and a £20,000 fine in the process.

Two years later, he retired as a player and, as you’d expect, continued to make waves.

Cantona had always been a theatrical player, so it’s no wonder that he took to acting so well. His first major role was playing opposite Cate Blanchett in Elizabeth and in 2009 he featured as a sort of ghostly apparition of himself in the Ken Loach film Looking For Eric. As recently as January 2020 he’s renewed his links with Manchester by appearing in the video for the Liam Gallagher song, Once.

He’s also always been a political person and continues to be very involved in a number of good causes including the homelessness charity, Emmaus. In 2012 he even attempted to generate enough support to become a French presidential candidate.

He failed on that occasion. But, from everything we’ve seen of Cantona to date, don’t be surprised if one day we do see him being inaugurated at the Élysée Palace!

How is French Coaching Changing the Face of Major League Soccer?