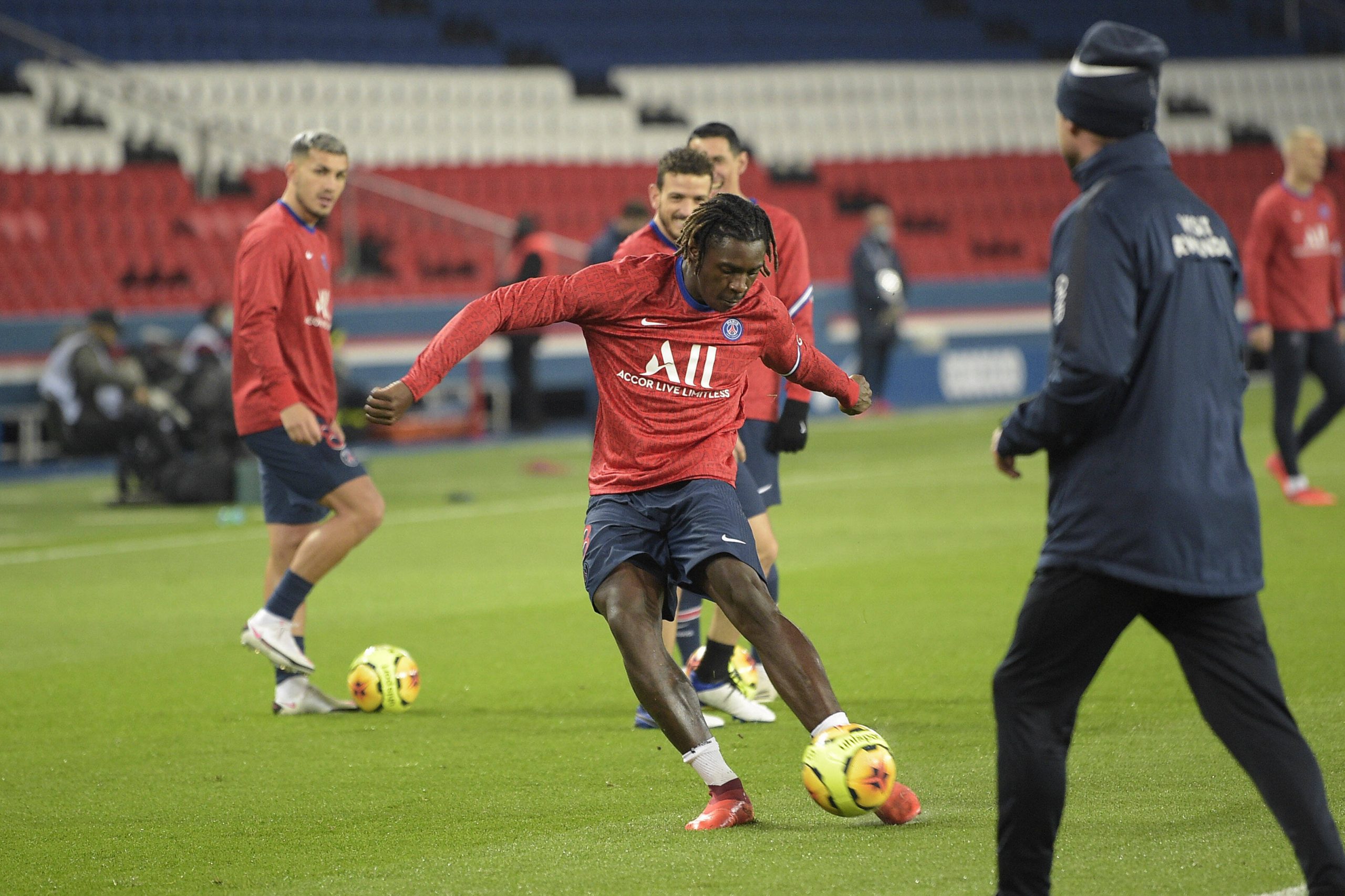 NAVAS, 5 – One very smart stop late on from a Da Silva header but Guriassy’s weak effort was straight at him when clean through and wasn’t tested otherwise.

KURZAWA, 5 – Solid enough overall, although was unsettled by the pace of Doku and Gboho on occasion.

MARQUINHOS, 6 – Far from under pressure but his defending was authoritative and serene throughout.

DIALLO, 6 – Aided by Marquinhos alongside him, but posted one of his more assured PSG displays.

BAKKER, 4 – Little effect on the game which was virtually won by the time he was introduced for the injured Kehrer after 36 minutes.

PARADES, 5 – A simple evening for him overall with Rennes’ midfield offering little resistance.

HERRERA, 6 – Neat and tidy in midfield throughout, and produced an intelligent through ball for Di Maria and 2-0.

RAFINHA, 6 – Lively and a useful Lieutenant for Di Maria.

FLORENZI, 5 – Solid enough in a more unusual forward role (at PSG) before his half time subbing.

KEAN, 6 – A handful once again but not quite as useful as he was against Leipzig, despite scoring here, he did well to give PSG the lead with a slightly miss-hit shot.

DI MARIA, 7 – Ran the game without having to really hit top gear at all, scored the second with his favourite scooped finish and added the third via a deflection. Outrageous long range effort that hit the post. Close to 8.

GOMIS, 4 – Partly at fault for the opener with a nervy pass to Lea-Siliki and will have been disappointed to see Di Maria’s long range deflected effort skid past him for 3-0 but did make one flying second half save from Rafinha.

TRAORÉ, 5 – A solid enough individual display, playing with a bullishness his colleagues lacked. Close to 6.

DA SILVA, 5 – Dealt with Kean relatively well with some physical defending while he carries little blame for any of PSG’s goals. Not far from 6 either.

AGUERD, 4 – Impressive this season but was shaky on the ball and is starting to look a little fatigued having been prominent on both domestic and European fronts.

TRUFFERT, 3 – Lost the ball and stopped as Rennes conceded the third. A promising young player but a little outclassed here.

NZONZI, 3 – A weak midfield display, failed to impose himself on the game when his team needed his leadership. Somehow missed the target with a point blank first half free header.

LEA-SILIKI, 3 – Clumsily lost possession for the opener, even if he was sold short by Gomis, and was party to an ineffective midfield performance alongside Nzonzi.

BOURIGEAUD, 5 – A little more gumption than his midfield partners and produced a handful of typically dangerous, whipped deliveries.

GBOHO, 5 – His pace and direct wing play caused a few issues but meaningful openings were rare.

GUIRASSY, 3 – Admittedly isolated and lacking in much service at all but became something of a passenger for long stretches. Wasted his one real sight of goal.