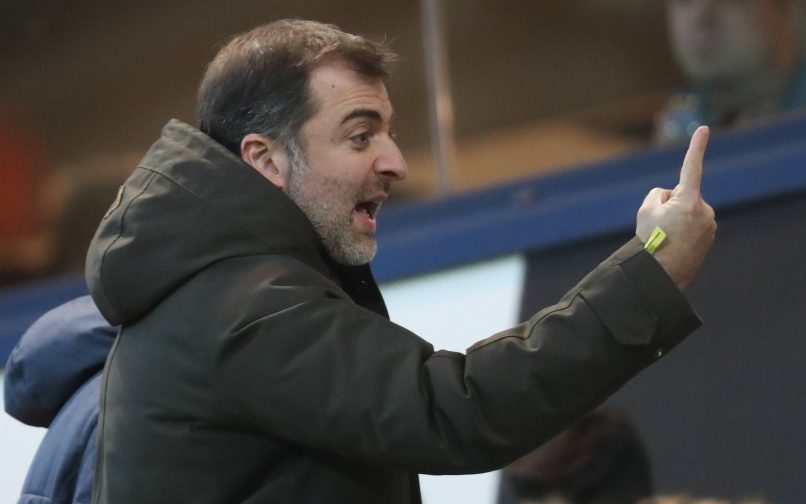 Ouest-France report that police officers on Tuesday undertook a search of the club’s training ground at la Jonelière as part of an investigation into agent Mogi Bayat, who has been very influential at FC Nantes over the last decade.

FC Nantes had an eventful day on Tuesday. While manager Christian Gourcuff was notified that he had been sacked as manager, the police invited themselves to the Jonelière sports centre.

As recently as Sunday, Bayat was trying to convince Kita to sack Gourcuff, which he later did, and replace him with Bayat client René Weiler.

Sources close to Nantes joke that Bayat is basically the club’s Sporting Director. In June of this year, Bayat spoke on RMC:

“I am quite simply a professional. I work an enormous amount with FC Nantes. I do not want to be the Sporting Director of Nantes, or of any club. I have no desire at all to stop being an agent. I like my job a lot. Today, I am an intermediary, with a Belgian qualification.”

Bayat maintains his innocence – he has already spent 48 hours in prison as part of a separate investigation in 2018 in Belgium called Footballgate, that assessed fraudulent transfers.

In response to this, Bayat said: “Mandela was also in prison, lots of good people have done time in prison.”

Bayat’s name is also said to have been linked to Emiliano Sala’s tragic transfer to Cardiff.

FCN insist that that particular deal took place 100% within FIFA rules, but Cardiff’s lawyer, Maître Antoine Vey, asserted last July that he suspects Nantes of money laundering, tax fraud and money laundering large-scale capital and cash payments. It is believed that the €17m does not correspond at all to the actual transfer fee but a price negotiated between several dubious intermediaries who have helped themselves in the process, by operating through subsidiaries in Panama or through direct cash payments in order to hide the illegality.