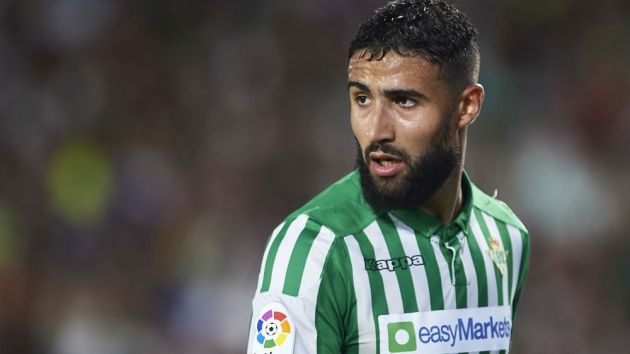 In July of 2019, La Liga club Real Betis signed France’s star midfielder Nabil Fekir from Olympique Lyonnais with a four-year contract ending in June 2023. When La Liga started in August 2019, Fékir could be seen entering the field with his new kit, sporting the famous green and white striped shirt of Real Betis with the club’s sponsor’s, an online broker, logo prominent across the centre.

In his six years at the French club he scored 69 goals and made 46 assists, but how is he progressing in La Liga?

Fékir’s transfer to this Spanish team was a curious one, and unexpected by many. The year before, he was reportedly close to signing a deal with Liverpool. He has been a spark this season for Real Betis and has scored 4 goals and 3 assists in 17 appearances.

In his first triumph of the season, Fekir took two shots and created two chances in Real Betis’s November 2019 2-1 defeat against Sevilla. In addition, in this game, he made two interceptions and won a tackle.

In Real Betis’s game against Mallorca in December, Fekir took 3 shots, of which two were on target and one scored. The team came out with a 2-1 lead over Mallorca.

In their game against Espanyol on December 16, 2019, Fekir took one shot that was on target and won one tackle. The game ended in a 2-2 draw, with goals scored by Marc Barta and Borja Iglesias on the Real Betis team.

Real Betis lost 2-1 to Atlético de Madrid at the end of December 2019. During the game, Fekir took three shots, all of which were off target.

In his January 2017 game against Alavés, Fékir delivered an assist and took 4 shots off target. He also created one chance, one cross, three tackles and one interception. However, he also received his fifth yellow card of the season. From this match, he was then suspended until the January 19th match against Real Sociedad.

From August to November, Fékir shone for the Betis team. However, as the season progressed into December and January, the French light has becoming increasingly dim. For his level and salary, his performance has been poor this season. Although he has also been slowed by a muscle injury he received in the team’s game against Osasuna.