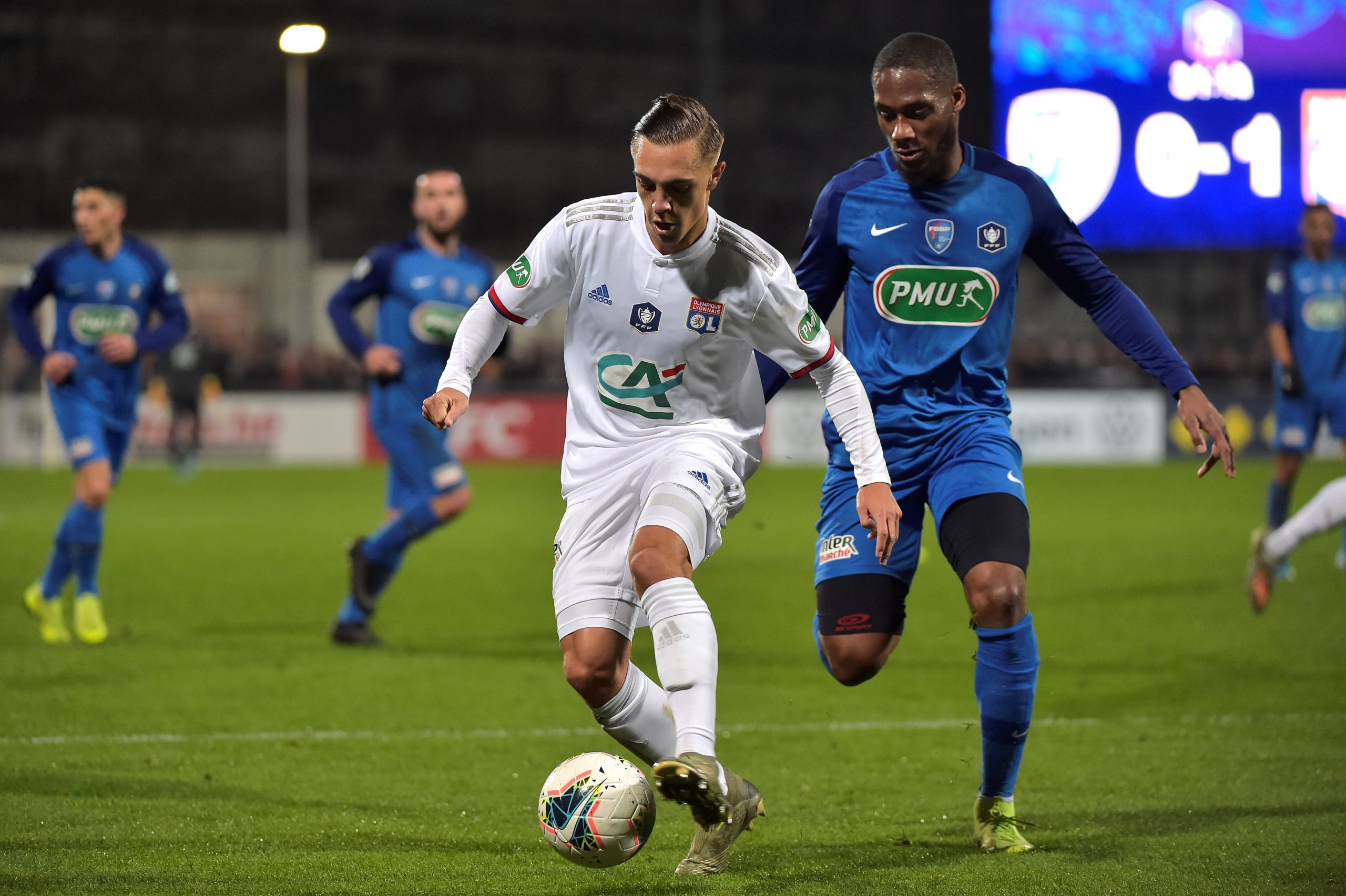 Blink and you might just miss it. The upward trajectory and meteoric rise of many of Olympique Lyonnais’ academy graduates quickly catapult the players’ notoriety from niche, youth-level talents to burgeoning starlets linked to many of European football’s giants. For instance, this year has seen 16-year-old Rayan Cherki burst onto the world stage, dazzling with his pace and dribbling ability, while Houssem Aouar, still just 21, has become one of the most valuable players in Ligue 1.

This rocket-fuelled ascension has become commonplace in Lyon, where promising footballers are omnipresent. Such is the ubiquity of these young gems that their pervasiveness might soon rival that of the city’s Bouchons – Lyon’s traditional restaurants that are found on nearly every corner of the city, offering up its world-famous cuisine.

OL’s academy-first policy has in recent years produced a record of some of the most exciting, most talented youngsters in world football. The two aforementioned Gones indubitably figure in this superlative list, but another who equally merits a place despite a relative lack of excitement is Maxence Caqueret. Perhaps it’s his slight physique or maybe his unassuming public personality that keeps Caqueret out of the media spotlight, but the 20-year-old midfielder’s potential is palpable. On this both coaches and journalists are in agreement: Maxence Caqueret has not startlingly broken out like other OL youngsters, but he is, steadily and unequivocally, ascending.

Born in the commune of Vénissieux just outside of Lyon’s centre, Caqueret is, as affirmed by club president Jean-Michel Aulas, a “real Gone.” The midfielder joined OL’s academy at the age of 11 and was quickly identified by both his club and his country as a promising talent. Since 2015, Caqueret has made over 50 appearances for France’s youth sides, starting with the U16’s before working his way up, level by level, to the U19’s.

Two of Caqueret’s particular strengths – his ability to tirelessly work for his team and his aptitude as a leader – have been on show for both Lyon and France’s youth sides. Legendary Lyon youth coach Armand Garrido, who during his 30 years with the club helped form the likes of Karim Benzema, Samuel Umtiti, and Alexandre Lacazette, once described the 20-year-old as a “machine” – a player that wins the ball back, launches attacks, sets up goals, and can even score them too. Gerard Bonneau, head of youth recruitment at Lyon from 2003 to 2017, has similarly praised Caqueret, saying, “He really puts a lot into it. He gets through a lot of work and he’s got a very pure technique. He scraps for the ball too and he can take out a whole defensive line with a single pass or a dribble.”

Caqueret’s leadership abilities have often been exemplified by his role as captain at multiple stages in his youth career for both France and OL. While Lyon’s players are often referred to as Gones – essentially the “kids of Lyon” – Caqueret’s mental capacity and determination are anything but infantile.

While Caqueret works tremendously hard and excels at dispossessing opponents, the 20-year-old is hardly just an archetypal workhorse midfielder. When speaking of their young midfielder, both coaches and staff at Lyon often laud Caqueret’s sublime technique. Juninho, Sporting Director at OL, said in February, “For me, all football clubs must invest in Futsal, it’s vital. Caqueret, for example, in watching him play, I immediately noticed that he played Futsal, like most Brazilian footballers.” High praise indeed from one of the most authoritative figures at the club. Cris, too, described his former academy player as “very intelligent” and a midfielder who could “become a very good player” before the Brazilian coach left the club in 2018.

Looking forward, it’s easy to know what Caqueret is aiming for in months and seasons to come. The 20-year-old finally made his first appearance in Ligue 1 this season much to his own delight but was surely hoping to build on his tally of eight appearances before the outbreak of COVID-19 and the consequential derailment of the 2019/20 campaign. While the January signing of Bruno Guimarães put another name in front of Caqueret in the midfield depth chart, the imminent summer departure of Lucas Tousart – currently on loan from Hertha Berlin – will free up space for the Vénissieux native.

Additionally, Houssem Aouar’s seemingly certain transfer away from Lyon could lead to a larger role for Caqueret next season. Jean-Michel Aulas has publicly advised Aouar to join his friend Andrea Agnelli at Juventus in what would be a financially significant sale for Aulas given his midfielder’s €55m valuation. If such a move were to happen this summer, expect Caqueret to step up in his compatriot’s absence, beckoning in a promising new era alongside Bruno Guimarães in the Lyon midfield.

FFF President Le Graët: “It will be impossible to finish the season end of June.”