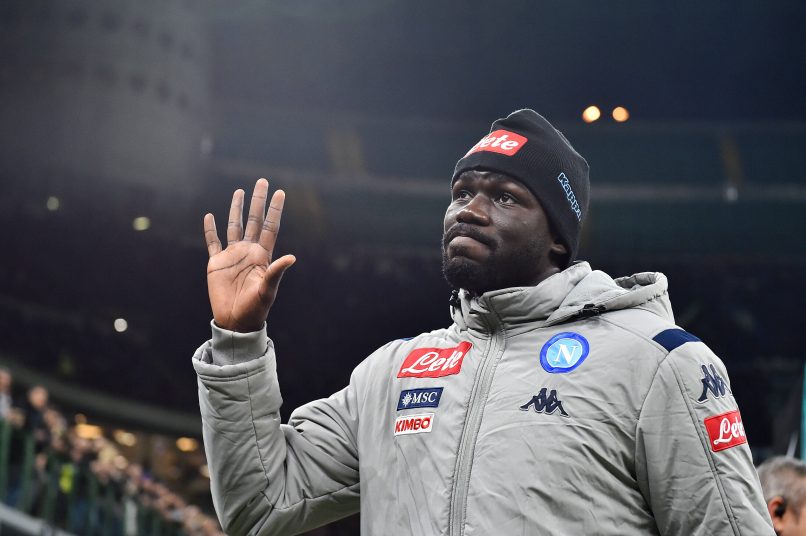 Le Parisien report that Ligue 1 champions PSG will not be signing Senegalese international central defender Kalidou Koulibaly from Napoli, affirming instead that the player is likely to move to England this summer.

The 29-year-old came through the youth setup at Metz, and recently bought an apartment in Paris, and Napoli President Aurelio De Laurentiis has a good relationship with PSG Sporting Director Leonardo. But the two clubs won’t do a deal owing to the asking price for the player.

The club’s summer priority is the acquisition of Mauro Icardi, which if he costs the full €70m option to buy, then PSG will not have much money left over for additional deals. At left-back, Alex Telles, the Brazilian from FC Porto, is receiving very admiring glances from Sporting Director Leonardo. A deal could be done for €20m, the outlet claims.