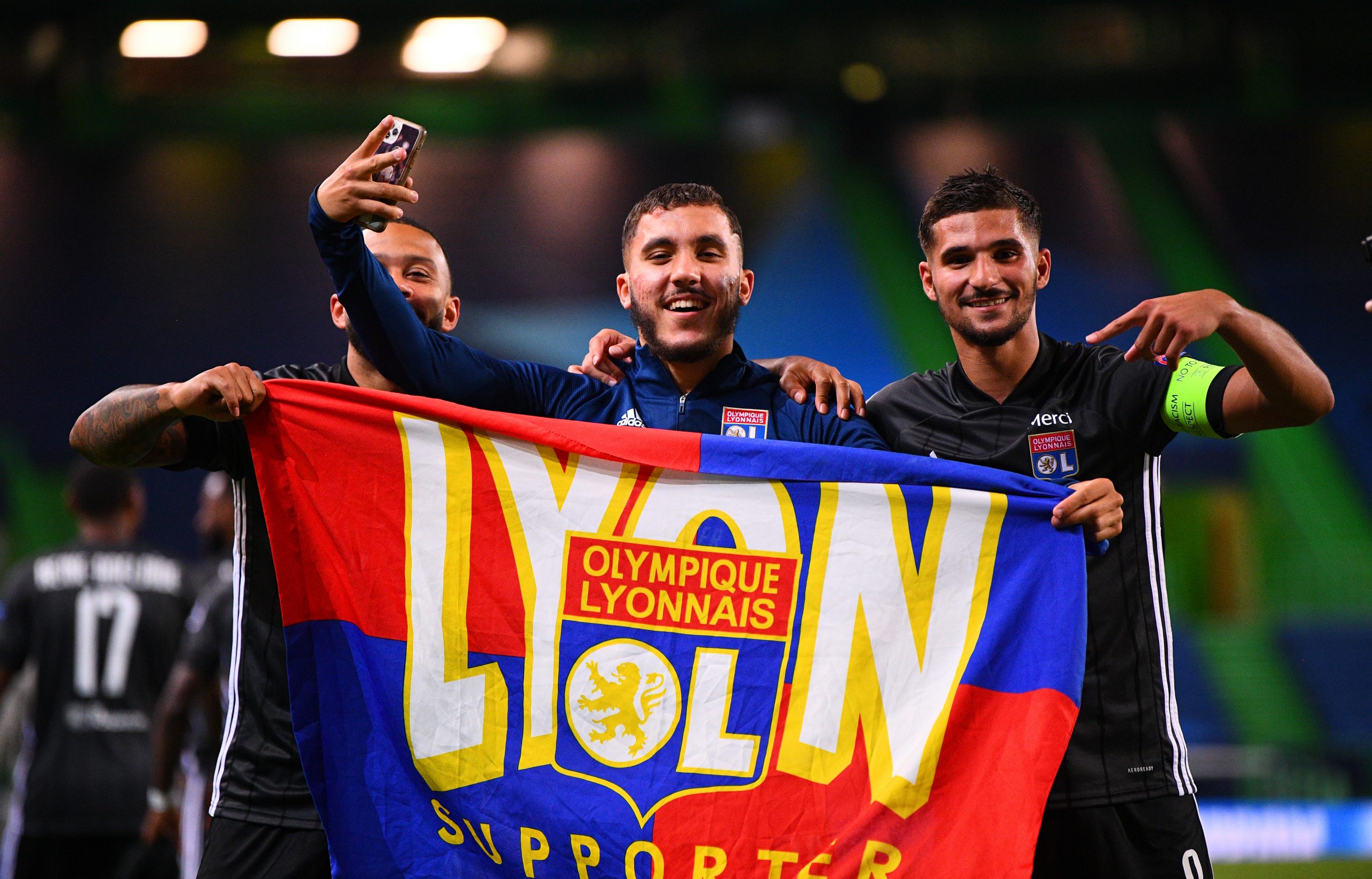 This article is taken from Get Football’s new European Football publication, The Modern Footballer. In one of ten player profiles, Eric Devin looks at Rayan Cherki. The Lyon 17-year-old is one of Europe’s most exciting prospects. For print and digital copies, click here.

In Rayan Cherki’s second start for Lyon, he set the world (or at least the Stade Beaujoire) alight with a barnstorming performance against Nantes, steering Les Gones to a 4-3 victory in the Coupe de France. Recording two goals and two assists, he played inspired football throughout, scoring twice in the match’s first ten minutes before setting up Martin Terrier and Moussa Dembélé later in the fixture. Playing centrally in a 4-2-3-1, Cherki’s performance evoked a similar burst of brilliance from an unheralded attacker in Nabil Fékir’s demolition of Bastia in 2014, and the comparisons were immediately made to the World Cup winner, whose departure to Betis in the summer had left Les Gones without a true attacking fulcrum.

Indeed, despite Lyon’s impressive play at times in recent seasons, one had always felt that the team’s fortunes turned too much on individual brilliance, such as that of Memphis Depay, or the goal-scoring ability of players like Mariano Díaz or Moussa Dembélé. With a creative presence to knit the side’s considerable talent together, there was less reliance on the often fleeting brilliance of those players, and a tilt at the title, as in 2014/15, or in 2017/18, when only PSG scored more in the league, with Fékir anchoring an attack that relied on each of he, Depay, Díaz and Bertrand Traoré, rather than on solely one player.

This, then, the idea that Cherki, despite his youth, can follow in the footsteps of Fékir and make such an impact is tantalising indeed for the club’s supporters. But how well can Cherki fill Fékir’s boots? Is he the same type of player physically? Will he be given the privileged position tactically, the freedom on the pitch that allowed for his fellow academy product to blossom so readily? Despite Cherki’s outsized talent, the jury still remains firmly out on this count, not only for his youth but also for the way that the team has been constructed around him. The latter element looks particularly daunting for the youngster in presenting an obstacle to his being given much in the way of opportunities, particularly without either the Coupe de la Ligue (now defunct) or, likely, European football next season.

In January, in that relatively inconsequential cup game, and with Depay and Jeff Reine-Adélaïde having recently suffered gut-wrenching season-ending injuries, it was all well and good for manager Rudi Garcia to roll the dice on starting Cherki. With Houssem Aouar needing a rest, and Nantes unlikely to have much of a guide for the youngster’s performances in senior football, it was easy to see why the manager would have wanted to risk the 16-year-old’s inclusion. For Cherki to respond with such brio to what basically amounted to a free hit, given Lyon’s impending fixture congestion and a squad badly lacking in attacking depth, especially prior to the signing of Karl Toko Ekambi, was a bonus.

Now, however, with two massive fixtures set to be played, the Coupe de la Ligue final and the second leg of the team’s round of 16 Champions’ League tie against Juventus, there’s little to indicate that Garcia is ready to place any level of trust in the teenager quite yet. Even as bigger roles in the team have emerged for the sublime Maxence Caqueret and perhaps even teenage defender Melvin Bard, who has been a revelation at left-back in the club’s pre-season friendlies, Garcia has yet to really give Cherki the reins, and more confoundingly has also played him in a variety of positions, few of which are actually a good fit for the youngster tactically.

Lyon’s players have extolled the virtues of tactical flexibility in their interactions with the press of late, it is clear that they have heard Garcia’s message, and their ability to move comfortably among a 3-4-3, 4-3-3 and 4-2-3-1 will be paramount to cracking the matchday squad with regularity. This is also where Cherki may have drawn the short straw, even despite the possibility of FIFA authorised additional substitutions for the upcoming Ligue 1 season, although at the time of writing the LFP have yet to make a firm decision on this matter. Despite having been miscast on the left wing against Rangers in a recent friendly, or even having played wide on the right last season in the Coupe de France, there’s no question that Cherki works best as somewhere between an orthodox number ten and a second striker.

Playing Cherki in this role, however, immediately limits the potential involvement of several players, with Depay being chief among those. The same is also true for any of Aouar, Reine-Adelaïde, or Bruno Guimarães, who has been hugely impressive in exhibiting a remarkable dynamism in midfield. While Aouar may admittedly be on his way out, it is unreasonable to expect Cherki to play in the same box-to-box role as his fellow academy product with any modicum of success at this point in time, which means that his featuring in a 4-3-3 is unlikely and, broadly speaking, a misuse of his talents.

In a 3-4-3, there is some suggestion that he could play in a more advanced role, in front of a more conservative midfield partnership, were it to take the form of a 3-4-1-2, but this formation would likely leave no place for either Aouar or Reine-Adélaïde. There has been, to be fair, some suggestion that he could play as part of a front two — his goalscoring record in the UEFA Youth League does bear that out, but questions linger over his youthful frame. Even if it’s perfectly natural for Cherki to gain strength as he matures, the more physically ebullient likes of Depay or even Traoré make for better options alongside Dembélé.

What, then, of a 4-2-3-1, that same formation which worked to such success in Nantes some seven months ago? Again, the weakness here is that Depay is not at his best when deployed on the wing, nor are Traoré or Reine-Adélaïde, the likely candidates to flank Cherki were he to take up the number ten role in this formation. All of those three are somewhat suspect defensively and would flourish more readily in front of a three man midfield, to say nothing, again, of a lack of a place for Aouar.

Thus, no matter how Garcia lines up his side, it appears, at least for the biggest matches, that one will have to plunge the depths of the Championnat National or the UEFA Youth League to see Cherki at his best. Still not yet 17, rest assured his chance will come, but those who thought it to be sooner rather than later may be sorely disappointed by Garcia’s pragmatism and the relative lack of fixtures for Lyon this season.