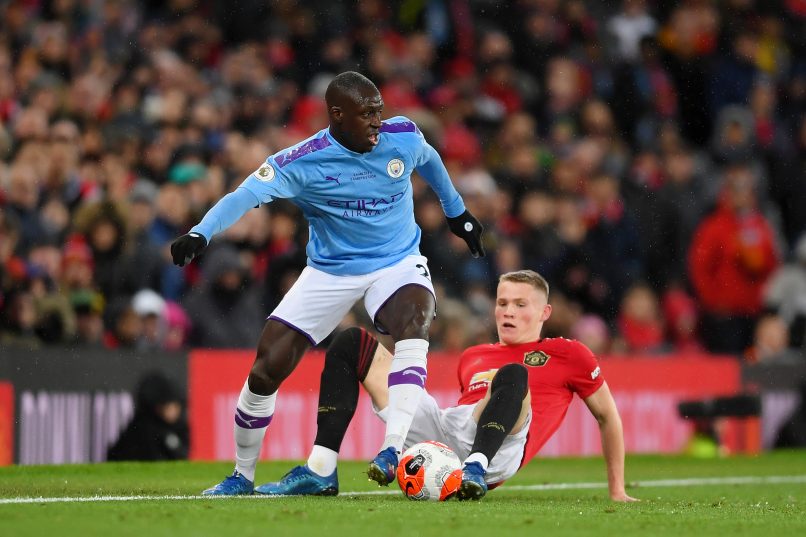 Speaking as part of an Instagram Live between Manchester City winger Riyad Mahrez and French left-back Benjamin Mendy, the ex-AS Monaco man recounted a training drill in which Pep Guardiola came last, and that the typical punishment for a team member who came last was to be smacked on the head.

There were two lines like this, like the lines on the pitch. It was like we had to tap the ball and whoever got closest to the line (won). If your ball went past the line, you were eliminated. We played in fours or fives. Pep played with us, he came last. And so we were set to smack him on the head. We would hit like that (hits his own head). But we smacked hard.

That’s right we do huge smacks. I remember one time you smacked Raheem (Sterling) on the head so hard that he fell into the earth.

The coach said: “In terms of the smacks guys, know that I haven’t yet decided on the team for the weekend.” Bernardo (Silva) he did it like this (gestures the lightest tap possible). I gave him (Pep) a good whack, not a crazy one, but a decent one.