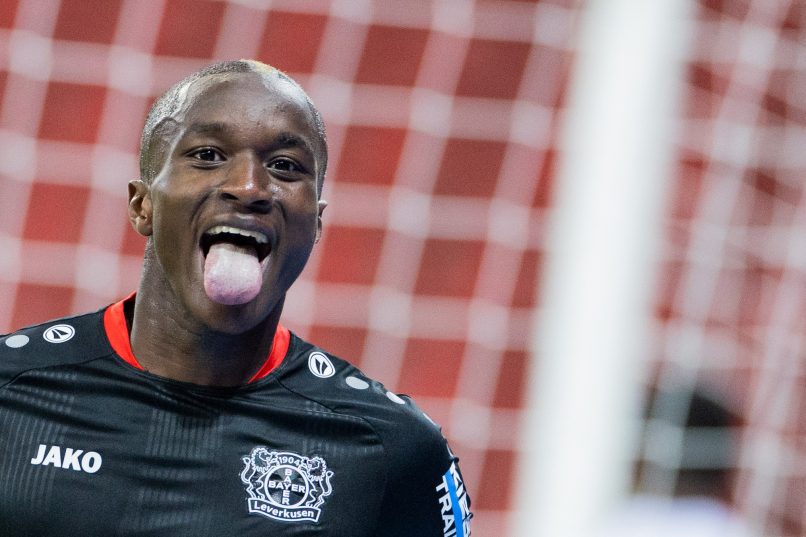 Arsenal played Leicester this weekend at the Emirates in the Premier League, and one of the night’s main attractions was the great performance of a former ASSE defender. Sorry Arsenal fans, this player was not William Saliba, but Wesley Fofana. Brought for €40m this summer (a club-record sale for Les Verts), the Marseille-born stopper was dominant in North London in his team’s last-gasp one-nil win. In a game dominated by Alexandre Lacazette and Pierre-Emerick Aubameyang’s side, he was impressive and played a big part in preserving Kasper Schmeichel’s goal, until a mortal counter-attack sealed the win for the Foxes. In Leicester’s back-three, Fofana produced the highest number of successful interceptions (5, record of the game and half of his team’s total of 10). Furthermore, what struck many observers was his frightening pace that allowed him to maintain a perpetual contact with Aubameyang and Bukayo Saka all game-long. Aged 19, his future looks bright and he just added his name to the already (very) long list of talented French centre-backs.

Since joining Bayer Leverkusen, former PSG youngster Moussa Diaby’s progression has been constant. He showed glimpses of his potential in Paris but never really had a real shot in the first-team on a long-term basis. In Germany, a country that seems to particularly fit former PSG’s academy graduates (Kingsley Coman or Christopher Nkunku, to name a few), Diaby’s career really took off. Under Peter Bosz, he established himself on the left-side of the attack where he has been showing his pace and dribbling abilities week after week. Against Patrick Vieira’s OGC Nice, he was a key man in his team 6-2 win in Europa League, with an assist and a goal. But more than the numbers, it was his activity on the flanks that clearly stood out. His pace, combined with his dribbling technique, made him a constant menace for Nice’s defenders. Although it might be a bit early to see him in France’s first team (but you never know), he is progressively earning more credit in the eyes of the observers and his on and off-field behaviour has always been exemplary. Something Didier Deschamps values a lot.

Another ex-Parisian winger… But this one is clearly on another level. Kingsley Coman, when freed from any form of injury, is one of the best wingers in the game. In fact, since scoring the winner in the Final 8 against his former club, he has been stellar. Some French pundits even started comparing his level with Kylian Mbappé’s… Anyway, in Bayern’s Champions’ League tie against Atletico Madrid, the Frenchman was decisive, with two goals and an assist. He started by opening the mark after a wonder pass from Joshua Kimmich. Then, he offered the second goal to Leon Goretzka, after dribbling past two Atleti defender in the box. He eventually wrapped-up his 5-star performance by netting Bayern’s fourth after an incredible solo run and a few hypothetical ankles broken. Overall, on each of Bayern’s attacks, he seemed to be the man that all the Munich players were always trying to reach. Hansi Flick’s very direct style of play fits him perfectly. Now, Coman’s only enemy is his body because his level of performance could offer him a nice spot in Deschamps’ first team.

Since mocking PSG after OM’s historic victory at the Parc, Payet has struggled to shut down all the haters. Indeed, his level of performance has been quite low, the latest example being his last display in OM’s Champions’ League comeback against Olympiakos. Marseille were unable to win and were punished by former legend Mathieu Valbuena. Payet was quite non-existent all game-long and could not create any concrete opportunities for the Olympiens. At 32, he is still capable of, sometimes, producing moments of magic (against Paris or Lyon, for example). But his apparent lack of professionalism has been a problem since the beginning of the season. One thing in particular has been at the centre of the debate: his weight. Every time he has disappointed, his weight issue were pointed out by the media. Is his lifestyle to blame? Or is he simply at the dawn of his career? A sure thing is that his chances of playing for Deschamps again are fading away.

3-0 at half-time, that was the score line between Real Madrid and Shakhtar Donetsk. Unfortunately, that was against Varane’s side, not for them, as Shakhtar shocked Los Blancos at home (3-2). In this surprise rout, Varane was overwhelmed by the Donbass team’s dazzling attacks. Playing alongside Eder Militão, he seemed lost and unable to take responsibility for marshalling the defence in the absence of Sergio Ramos and was negatively involved in each of the visitors’ three goals in the first 41 minutes of the game. On the first and the third, his lack of communication with the rest of the defence allowed Tetê and Manor Solomon respectively to perforate it and score. On the second, he could only put the ball in his own net. Of course, he is not the only one to blame, as Marcelo and Eder Militao were woefully deficient too. But this defeat demonstrated Varane’s heavy reliance on Sergio Ramos’ presence at the back. The Frenchman relative lack of leadership is a problem in the Spanish capital as Ramos will not be eternal. Could it be an issue for France as well? The defender is one of Deschamps’ main men, and was an imperious leader in 2018, but has his confidence been knocked? He will have to adjust quickly and disconfirm this poor performance.

It was a tough night for Benoît Badiashile in Lyon, to say the least. The French defender had previously appeared in a Road of Euro 2021 episode back in September after a very promising start of the season. This time, he is in the flop section after a complicated display for Monaco. Starting alongside Axel Disasi, in what is one of the most promising defensive partnerships in Europe… learning at the top-level is a not a long quiet river… Against some supercharged and ultra-efficient Gones, Badiashile couldn’t prevent his team from conceding four goals in the first-half. Playing a high line, Badiashile was caught out several times by Lyon’s counter-attacks. Monaco’s last goal conceded on the night, in the 44th minute, was the perfect example of Badiashile’s struggles as a misunderstanding with Florentino Luis led to Karl Toko-Ekambi netting a nice shot. In Niko Kovac’s team, he has established himself as an undisputed starter since the beginning of the season and this faux pas should not erase what he’s produced so far.