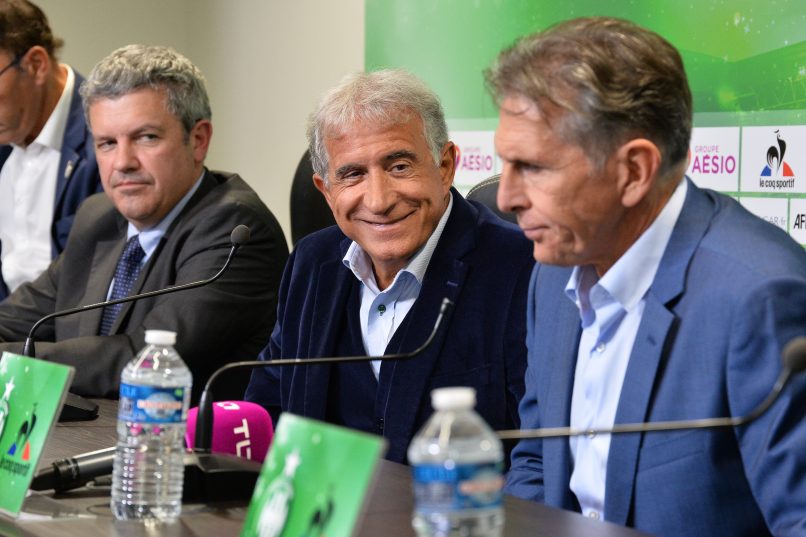 Speaking in a quite extraordinary interview with Eurosport, St Étienne co-president Bernard Caïazzo sought to blame the French government for the premature termination of the 2019/20 Ligue 1 campaign, when in fact he had been a key actor as the head of the club’s union, Première Ligue, in the truncation of the season back in April in the first place.

“I was always favourable towards the idea that the leagues would continue and finish in their entirety for obvious reasons relating to the transfer window and so that our economic situation would not suffer. We, you must not get this wrong: we were obliged to stop and bring our season to an end owing to a government injunction. We did not have a choice. Believe me, it did not delight us to lose 25% of our revenues but we obeyed the orders like good citizens. At the time, we thought that all other leagues would follow us but in seeing that everything is restarting again, I admit that French clubs got this more and more wrong. We ask ourselves today we we were asked to stop our season… But this was a government position, not a decision made by French clubs. We did not stop things with joy. We obeyed. It is obvious that club have no interest in a season ending early but we are good citizens.”

“There is nothing you can do when facing the authority of a government. At the end of April, it was out of the question to favour revenues over health… I was convinced that there would be a consensus amongst European governments. The facts have proved me to be wrong. The decision was maybe too hasty, but taken by elements that were out of my control, I am not the Prime Minister. We have to be prudent and see how it goes in Italy and Spain where the health situation is worse than in Germany.”

“We are dealing with a €600m loss for French football. In terms of competitiveness in Europe, I hope that this will not be fatal but the government shot us in the foot. We have an obvious handicap in comparison to our neighbours.”

On whether French football can return and the decision can be reversed:

We acted on the decision (made by the government). And then, the broadcasting contracts are finished. How would it work? We return without a broadcaster? And certain players have gone on holiday. How do we do it? We have to be realistic. The most recent instructions from the Prime Minister do not suggest that we are going in a way that would allow us to restart soon.