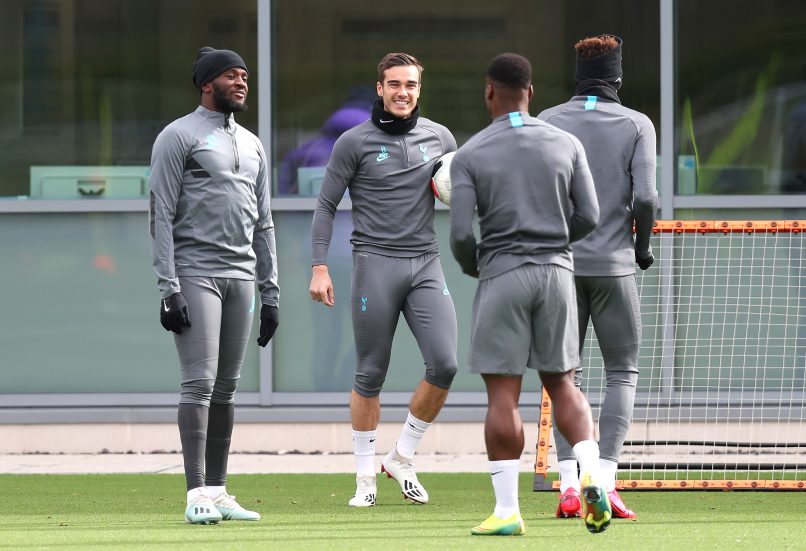 L’Équipe reported earlier today that 23-year-old French international midfielder Tanguy Ndombele remains as determined to leave Premier League side Tottenham Hotspur as ever this summer after a complete falling out with José Mourinho, despite the Portuguese coach’s attempts to play down the matter.

The two had a bust-up in training recently, and since then they have not spoken directly with each other.

Mourinho feels that Ndombele is not applying himself as much as he should, avoiding to include him in action against Everton yet again tonight, with the Frenchman not starting once for Tottenham since football returned following the COVID-19 related disruption, only coming on as a late substitute in a loss to Sheffield United.

Over the last 10 days, Tottenham Chairman Daniel Levy has held discussions with the player’s representatives – Levy feels that Ndombele can reverse the current situation and become a key element of the Spurs set-up. The other clear statement to the player’s camp was that the Tottenham board has no intention of seriously considering Ndombele’s future until 26th July.

The player’s representatives have in any case begun to look for an exit – they are having regular exchanges with FC Barcelona, for example. PSG manager Thomas Tuchel remains very keen on a possible deal, but hasn’t been given the green light yet by Sporting Director Leonardo. His focus in this position is on Lazio midfielder Sergej Milinkovic-Savic.

This saga is only just beginning.