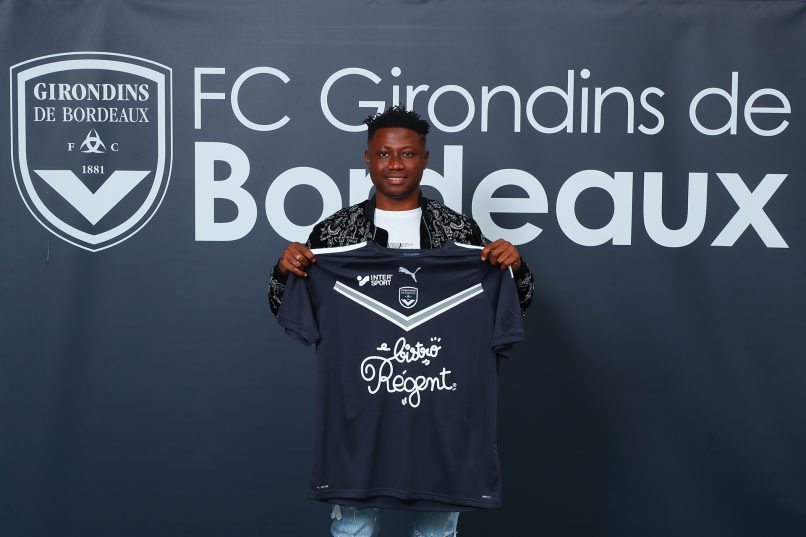 He thought he would never grace the pitch again. In a recent article, L’Équipe provided details on the incredible story of Bordeaux’s young Guinean winger Daouda Diallo, who has fought against a very rare disease that led him to lie in a bed in pain for several months.

Diallo came back from hell. On the 10th of June 2020, the Conakry-born midfielder signed his first professional contract with Les Girondins. The greatest of rewards, as he couldn’t even stand on his own two feet a few months prior.

About a year ago, Diallo began feeling contractions in his feet and paralysis in his hands while at a training camp with the Guinea U21s. The intense pain forced him to remain locked up in his training centre’s bungalow, unable to sleep or move: “For two weeks, I was unable to sleep. Even the painkillers weren’t effective,” he says. No one really knew at the time the nature of this aches, but the situation immediately rose serious concerns.

Under the supervision of his agent and second-father Christophe Hutteau, the winger was immediately transferred to a specialised unit of Bordeaux’s hospital. Hutteau explains to L’Equipe: “It was like a horror movie. One day, a nurse told me to come. The boy’s body was shaking and convulsing. It was horrible.” The young winger was in constant pain and far away from his family. His sole way of remaining in touch with them was through the phone, as he only made it through each day with the help of sedatives.

However, his state continued to worsen and doctors could not find the source of the disease. Hutteau explains: “We were afraid because Daouda felt like his hands were perpetually gone. Then, the pain reached his legs and his thorax.” After several tests, doctors finally gave a frightening verdict: Diallo had a strain of leprosy attacking his nervous system. Hutteau recalls: “they had never seen anything like it.”

The degenerative disease contracted by Diallo was unique and attracted plenty of attention from the medical world, Hutteau adds: “Doctors from all parts of Europe studied his case.” Luckily, it was curable but the treatment, made up of several dozens of pills, was going to take a while. Progressively, as the French media reports, Diallo’s medication proved to be effective and the pain finally started fading away.

Despite his critical situation, Les Girondins never stopped keeping an eye on him. During his stay at the hospital, the latter received daily visits from many of the club’s personnel, including Souleymane Cissé and youth academy boss and former French legend Patrick Battiston. Even the leader of one of Bordeaux’s main Ultra groups, Florian Brunet, came to support him in his hospital room.

At long last, on July 2019, after nearly four months of intensive care, Diallo was allowed to return to his home Guinea to see his family. Hutteau remembers: “he was allowed to leave but had strict instructions regarding his cure. It was a matter of life or death.”

Diallo’s return to Guinea did not really go as he anticipated. “I was happy to see my family, obviously, but in truth I didn’t feel well. I cried when I saw my mum because I couldn’t stand the way I had come back.” Every footballer’s dream is to, one day, victoriously return home as a man, covered in titles and glory. Clearly, Diallo felt he had come back too early and couldn’t face his mother and childhood friends’ looks because of his weakened body. How others view you, notably because loved ones have often sacrificed for your dreams, is a critical aspect of a footballer’s life and Daouda really went through tough times during his 2019 stay in his homeland. To top it all off, the day before he departed to France, L’Équipe reports, the winger placed his hand under burning water to test his insensitivity caused by the disease. He couldn’t feel anything, despite his hand being brutally burned. This was his stay’s terrible climax and he felt it was time for him to move on and come back to France to make up for lost time.

The end of the tunnel?

Having just returned to Bordeaux, Diallo made a last short stay at a clinic before finally coming back to the youth academy centre. He was involved in supporting the team, by simply sitting in the team’s bus and following his teammates during their away games. “It felt so good to be with everyone again. I doubted but deep inside me, I kept on telling myself: I will play again, this will pass.”

Despite a toe injury and the COVID-19 pandemic that thwarted his plans to make his return for this season, the young player kept on working and underwent a rigorous process of physical rehabilitation.

To date, Diallo has not stopped following his treatment. But it is not as intense as it used to be and his cells, the article reports, have been slowly regenerating.“It’s been a long fight. It’s not over but today I’m ready to fight, I’m ready. I know I’ll be back.

In an era of over-exposure where image and self-esteem are predominant, fighting against a disease may not be the easiest of thing. It takes both physical and mental courage to overcome such a setback, especially for a young footballer. Diallo may have just started his career, but has hopefully already won the greatest battle of his life.