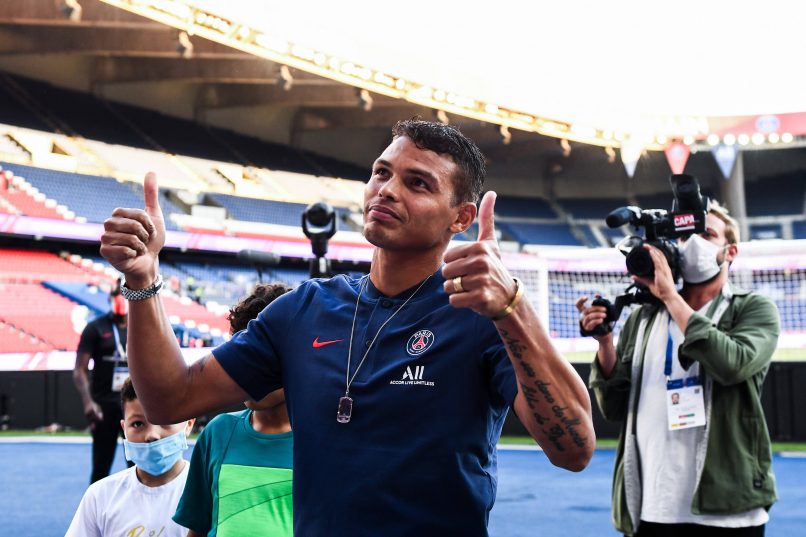 Speaking in a press conference on Thursday ahead of the Coupe de France final, PSG central defender Thiago Silva remained tight-lipped on his future situation, with his current contract expiring in August when the 2019/20 Champions’ League campaign comes to an end.

“It is a unique moment for me, of course, but with the supporters it has always been like that, with a lot of respect. It’s the most important thing in my view. They asked me if I could stay, but it is not my decision and it is also not the moment to keep talking on this matter. We have time to talk afterwards. I just want to enjoy these last moments in good spirits, happy, because everything that PSG has offered me and have done for me for 8 years, I am very happy. It is true that I did not want to leave, but the decision was made and I respect it right until the end… It is true that there are no talks now for after. Leonardo has already spoken to the press. I am asking you to not speak about this today because now is not the time. I am thinking about the match.”

Thomas Tuchel added on the matter:

I can understand that you want to talk about this thing, but now is not the time. He is my captain, he has been super reliable, I have said that a lot of times and it is super important that he is here. We have spoken two or three times now about Thiago Silva, but now it is absolutely necessary to concentrate on the final.