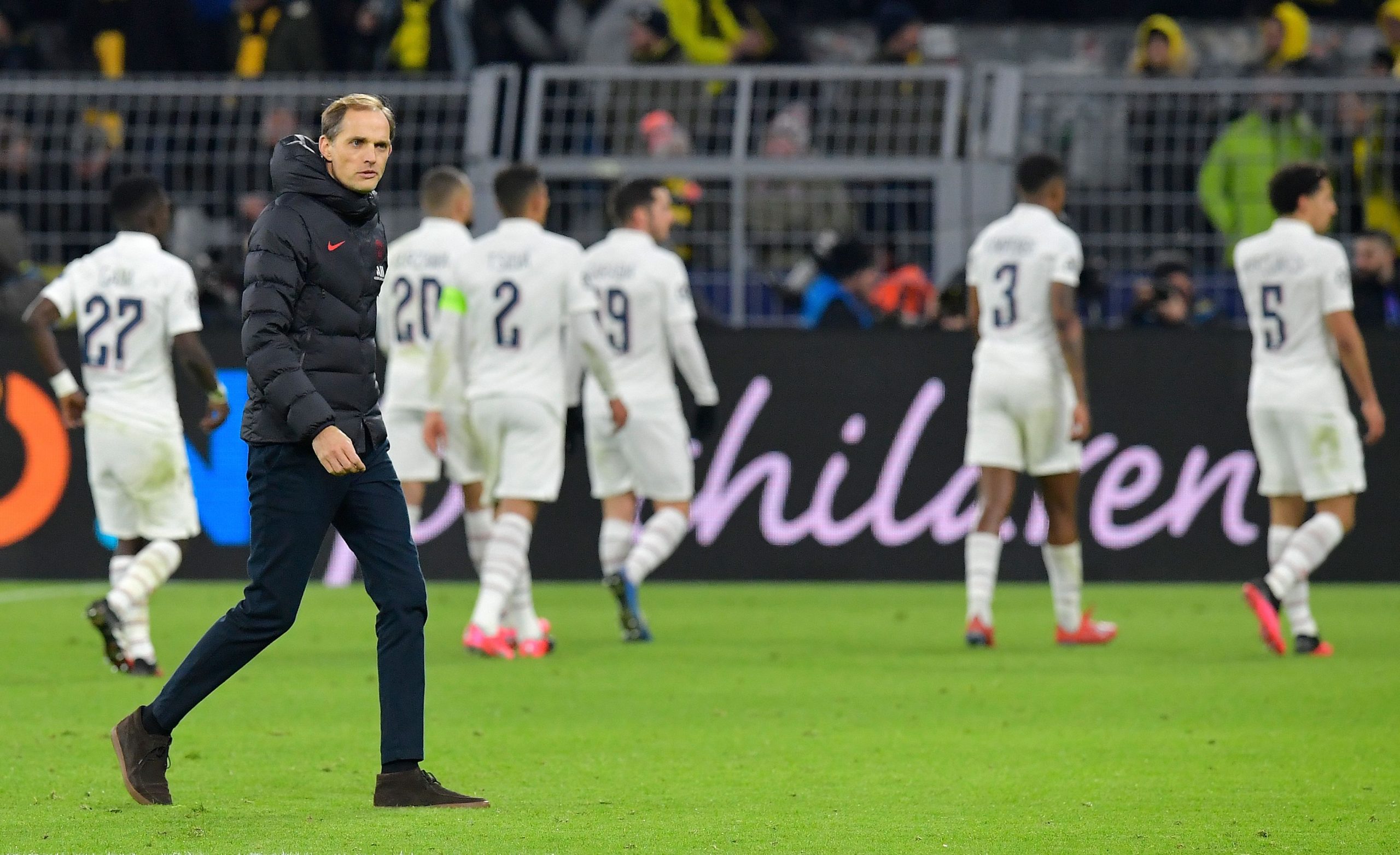 Speaking to RMC Sport tonight after he watched his side lose 2-1 to Borussia Dortmund, PSG boss Thomas Tuchel began to play the excuse game.

“I have no regrets, it is very easy to be a manager if you are not a manager. When you can watch a match and analyse it after, it is easy to be a manager. I have to take decisions. I did what I did and I take responsibility. Nobody knows what would happen if we played a different tactical system. It is like that, I have no regrets, none at all… I have the impression that Kimpembe, Thiago (Silva) and Marquinhos were very good. It was very hard against them because in front of us was quality. Physically, we lack a bit of rhythm. You could see too that Dortmund had seven less matches than us in the same time span (January – February). They also had one more day to recover. They were in their rhythm, they showed that. But the trio, at the back, worked hard and showed a good mentality and quality. I am satisfied with the trio and the two midfielders… It is difficult, it is like that, away at Dortmund. We have the 2nd leg at the Parc, a big challenge, but it is not over.”

The German then added in the post-match press conference:

I cannot explain, because it will take too long to explain honestly. We had ideas on Sunday and yesterday… We played in this system at Dijon, for example. That was two matches ago. It was the system, the structure that gave us short distances to defend and that gave us a structure to attack and to control, with a three-two in the build-up, to control the match, to accelerate the match and to attack. Without changes, a structure to attack very high and very aggressively. I know that after a match if a result is not perfect, it is maybe something to say, it is easy to say it was a mistake. But I have to make decisions before this and I have to decide that it is necessary. For me, teams have lost here, they beat against Inter and they drew to Barcelona with a penalty, it happens. We can’t say what would have happened if we had played a 4-4-2 tonight. We can’t know. It is 2-1, we can have a better match. For me it was not a thing about structure, it was a thing about how we played. It’s half-time now, we have 90 minutes to come at the Parc. And we have all the chances to win.

Axel Witsel: “We didn’t give PSG much of a chance.”