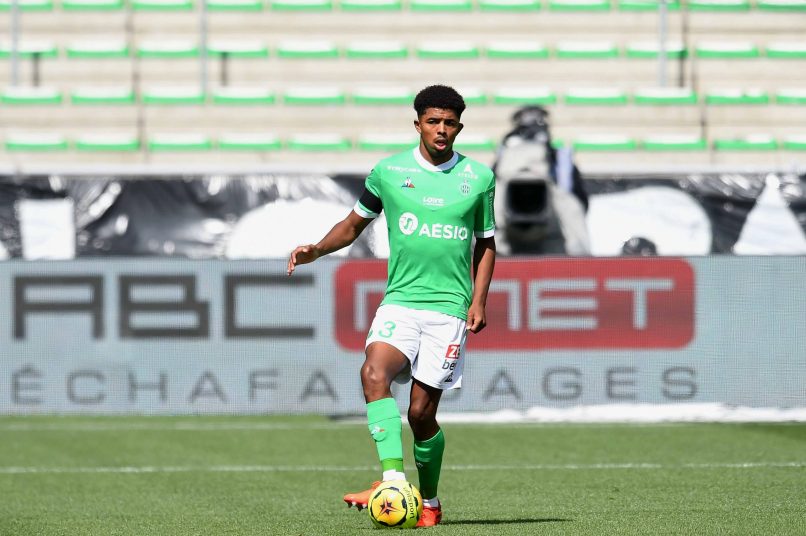 Speaking in an exclusive interview with L’Équipe, 19-year-old French youth international central defender Wesley Fofana sought to explain why he has decided to accept a 5-year contract proposal from Leicester City, despite his current employer, St Étienne, currently not being willing to accept the Foxes’ €29m offer.

Why have you taken yourself off of social media?

To reflect. As soon as it was known that I was asking myself questions about my future, people were getting excited all on their own when I had said nothing. It was not like I was being rumoured to move to Lyon. Calling me a “mercenary” or “traitor” or “f*****” hurt me. But the St Étienne fans who insulted my mother and my little sister, that affects me a lot. I am disgusted. Some of them went even further than that.

What do you mean?

It is difficult to talk about it… my little sister was targeted at her school. They insulted her, they pushed her. She doesn’t know football and had to suffer that. It is unacceptable. I saw her cry… I spoke with her, then I took her to school. She was the victim of idiots and their behaviour has really impacted my decision.

Yes. I received a lot of offers. It is normal to have them checked by my agents. They did not agree with me wanting to speak out (like this). But what has just happened stoked something in me. My decision is made: I am accepting an offer.

Yes. I have always dreamt of playing in England.

And you are ready to leave in a flash of anger?

This is not what this is. Already, last summer, I had thought about it. But as the club did not find an agreement with Salzburg, I stayed, focused 100% on Les Verts. This winter too. This time, I cannot refuse. Where I come from, the northern suburbs of Marseille and with a family that is not well off, it is not possible. I would be crazy to say no to Leicester. This contract could change my life. I need to protect my family by keeping them safe. The financial and sporting aspects have aligned, I am forced to say yes.

Are you not taking a risk by moving abroad too soon?

I am conscious of it. But I am determined and mentally ready to change my life. By offering this amount (€29m), Leicester prove that they really want me. It is not as if I wanted to leave for a club where the number of central defenders is immense. This is a real sporting project.

Have you told St Étienne?

I went to see the coach (Claude Puel) yesterday morning to tell him what had happened, that I was not in a good way, and that I want to leave. I tried, but I was not able to talk my problems through with him. No worries. I will sort it out on my own. I am used to that. As he was closed off to the discussion, we spoke about the sporting side, not my private life.

What did he say?

That I was 100% part of this project and that it was out of the question for me to leave during this window.

Are you willing to go on strike to get this done?

No. St Étienne is my club. I hold them in my heart and I will respect them until the end. I owe the club that. But I am entering my sixth year, I am not a mercenary who signed for them yesterday. I rejected an offer abroad at the end of my youth contract and my agents fought for me to sign a professional deal here, when only Julien Sablé believed in me. I even extended my contract to protect the club’s interests. I have done kilometres by bus, I have won the Coupe Gambardella with my friends so I think I have the right to embrace the club’s colours but also to say: it’s my job and I want to do it elsewhere. I don’t want a clash and I don’t want this to go into crazy territory… In actual fact, I wouldn’t ask to leave if I thought that this was messing the club up. My wish is for everyone to be happy. And we all can be.

Do you say that because Leicester are offering close to €30m?

I am worth €30m! Crazy, no? That was the asking price that the club fixed after the Coupe de France final. When the money is there, you have to take it. It would be even crazier to say no. If I stay and don’t have a quality season, we will all have regrets. And it will be too late.

Your value could continue to rise over the next year.

Who can guarantee that I will be worth €40m or €50m? Who has been sold at such a price (in this market) when they haven’t played the Champions’ League or aren’t an international? Nobody. All the clubs are affected by the health crisis. On top of that, in one year, it will be almost impossible for me to go to England because of Brexit. Saliba is an example for me. William did very well to sign directly with Arsenal, last summer. When you consider the poor season that came after that move, he would not be worth the same amount today. The same thing could happen to me. So, please, properly consider this offer and put yourself in my position. Especially the coach. He will take the decision. He explained to me yesterday that he is not the coach, but the General Manager. If I have understood correctly, he is the boss. In that role, he needs to think about the club’s general interest and not just the interest of the coach, no?

Do you think you can convince him to change his mind?

He knows me very well and has put so much faith in my directly… In training on Wednesday, he saw that I was no longer really there, that I was thinking about being somewhere where I could see myself being better. I listen to him and I understand him. But he also needs to do the same. I hope that he will open up his heart and listen to me.